Accessibility links
Ron Paul's Newsletters Likely To Keep Haunting Him On Campaign Trail : It's All Politics As he demonstrated by abruptly ending a CNN interview recently, Rep. Ron Paul is fed up with reporters' queries about his controversial, decades-old newsletters with their kooky racist writings. No surprise there.His explanation that he didn't know what was being published in a newsletter that had his name emblazoned on it is, after all, a tough sell which is why many people remain skeptical. 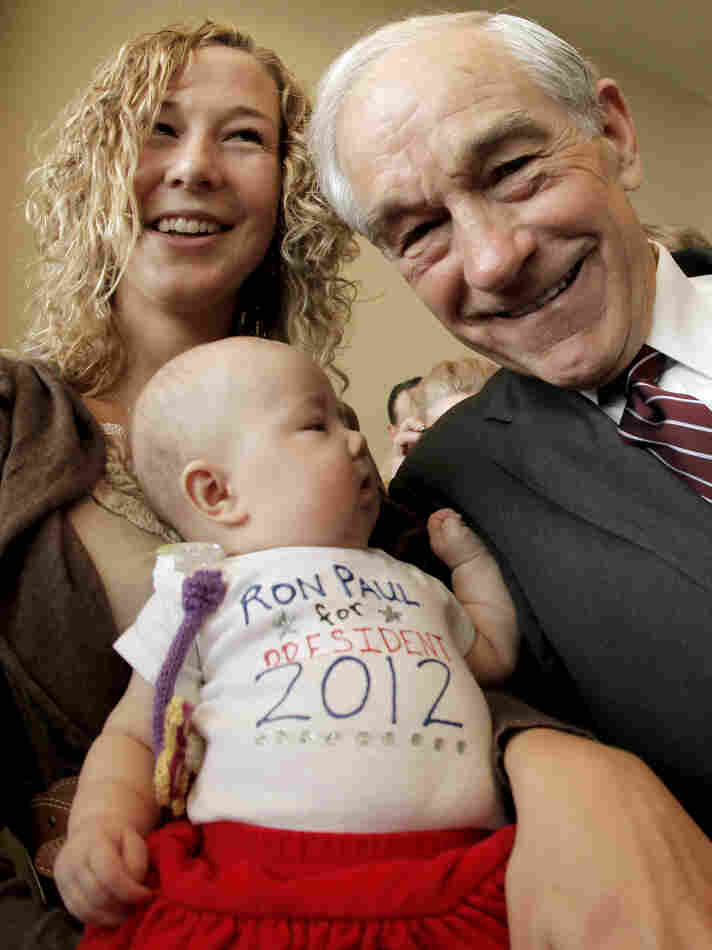 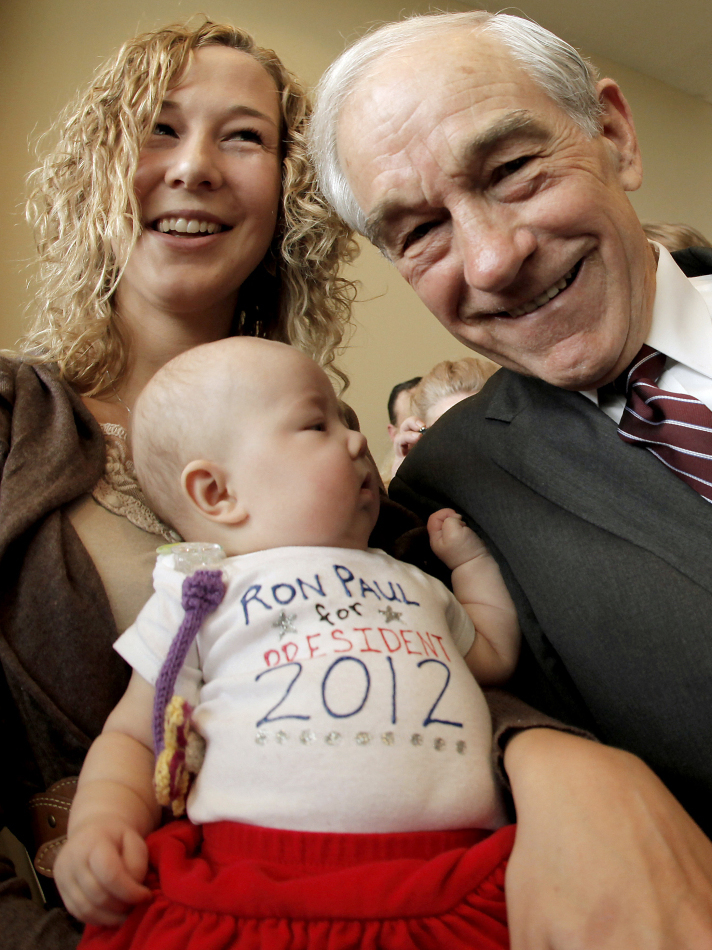 As he amply demonstrated by abruptly ending a CNN interview recently, Rep. Ron Paul has had it with reporters' questions about his controversial, decades-old newsletters with their kooky racist writings. No surprise there.

The Republican presidential candidate's explanation that he didn't know what was being published in a newsletter that had his name emblazoned on it is, after all, a tough sell which is why many people remain skeptical.

It strains credulity that the congressman from Texas didn't know what the newsletters contained with Paul claiming not only didn't he didn't read them but he didn't even know who wrote the material.

That's especially difficult to accept since, as the blogger on ITALKYOUBORED noted, many of the writings have first person references in which the writer, if not Paul, serves as Paul's ghostwriter/alter ego. Here's an example:

"Boy, it sure burns me to have a national holiday for that pro-communist philanderer, Martin Luther King. I voted against this outrage time and time again as a Congressman. What an infamy that Ronald Reagan approved it! We can thank him for our annual Hate Whitey Day."

Some of the other material in the newsletters makes the above excerpt seem tame by comparison.

By the way, the blogger at ITALKYOUBORED has done us all a service by transcribing the PDFs of the newsletters that were posted online in 2008 by Jamie Kirchick. It makes it much easier to read the newsletters. And they are worth reading for an understanding of what all the ruckus is about.

Needless to say, anyone running for president of the United States with such newsletters in his background obviously is going to be asked about it repeatedly. And should be.

Many of his supporters will reject the need for journalists to keep asking Paul about this, saying he answered these charges in 2008. There's nothing more to see, move along, they say.

Some even accuse the media of a witch hunt and of doing the bidding of Paul's Republican rivals to slow Paul's momentum in Iowa and elsewhere.

But those same supporters should ask themselves: if these newsletters were published with Mitt Romney or Newt Gingrich's names, would they be so willing to consign them to the distant past? Maybe Paul would even be running ads in Iowa about them if it were his rivals and not him in this situation.

Part of Paul's problem is that the explanations he has given have been less than persuasive. In a 2008 interview with CNN's Wolf Blitzer when the newsletters first popped on the public radar, Paul never seemed angry that someone impersonating him, if his story is to be believed, wrote racist nonsense that harmed his reputation. That lack of anger at the culprit seems somewhat odd.

Instead, if there was any righteous indignation in that 2008 interview, it was aimed at those who were asking questions about the newsletters and his role in them. He referred to that as "nitpicking over something done many years ago that I did not write."

Then, asked by Blitzer if he ever read them, he said:

"Not back then. There might have been the times I would, at times. But I was in a medical practice, I traveled a lot. I was doing speeches around the country. So very frequently I never would see these."

Thus he admitted to seeing and not seeing them at the same time. Again, not a strong defense.

In the interview, Paul cited his libertarian ideology to make the claim:

"I am the most anti-racist because I don't see people in collective groups."

Then, as part of his defense, he essentially said, there's no recording of him making a racist statement, ergo, he's never been a racist:

But soon thereafter, he seemed to hurt his case, making one wonder if maybe he does subconsciously place people in collective groups after all. Sounding a bit like Donald Trump, he said of the scrutiny the newsletters were getting:

"Maybe this is part of the 'knock down Ron Paul' (effort) because he's gaining grounds with the blacks. I'm getting more support right now, more votes from the blacks because they understand what I'm talking about and they trust me."

Paul may walk out of interviews when the newsletters come up but that's not going to stop journalists and others from continuing to ask questions about them. The old newsletters will continue to haunt him.