Accessibility links
The Caucuses: A Quick Guide : It's All Politics Caucuses are meetings, with schedules, that climax with votes that effectively kick off the 2012 presidential campaign.

The Caucuses: A Quick Guide

The Caucuses: A Quick Guide 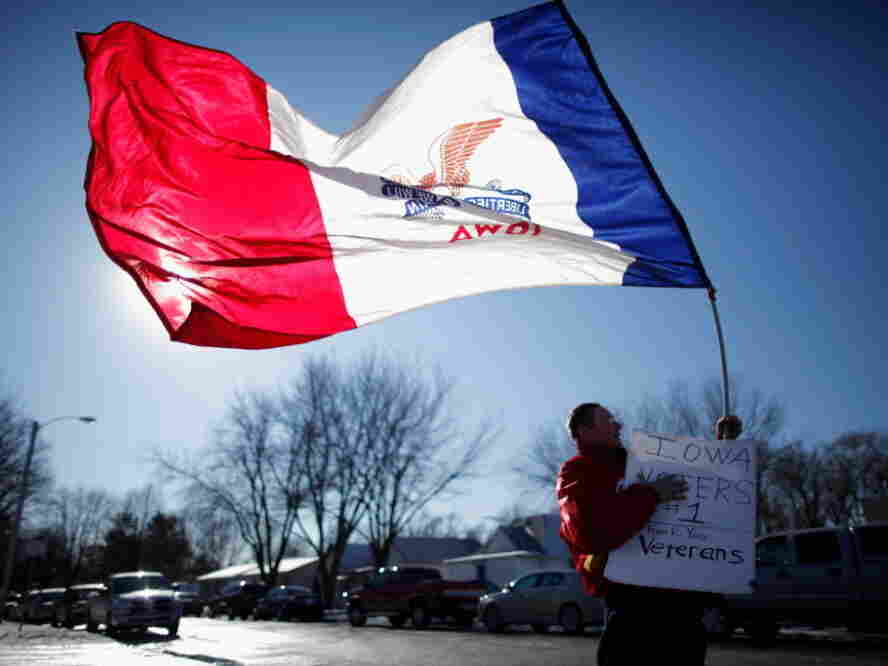 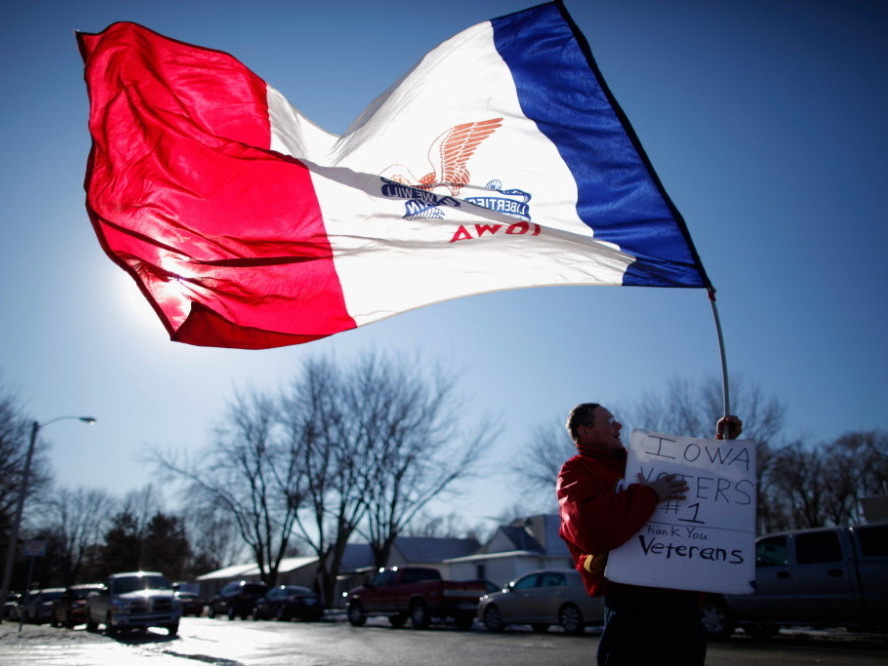 Edward Lewis of Council Bluffs waved an Iowa state flag outside the Family Table Restaurant in Atlantic on Sunday, before the arrival of former Massachusetts governor and Republican presidential candidate Mitt Romney.

Those who remember newspapers might recognize this as a "clip and save." Maybe the more modern term would be a "cut and paste." Whatever, if you want some of the details and logistics about Tuesday night's caucuses in Iowa, here they are:

-- Who: We'll focus for now on the Republican process, because that's where the action is this year since President Obama doesn't have an intra-party opponent (though Democrats will be caucusing, as we explained earlier).

The caucuses are open only to Iowa residents. And as NPR's Don Gonyea explained on All Things Considered, "you can participate if you'll be 18 years old on Election Day of November 2012. If you're a registered Republican, your name should already be on the list. If not, you can register as a member of the party on the spot, regardless of your political affiliation.

-- What happens (again, focusing on Republicans): After the Pledge of Allegiance, a caucus chairman and secretary will be elected. Then, representatives from each campaign (and in a few places, the candidates themselves) will be given two to five minutes to make their cases.

When the speeches are over, caucus-goers will get blank slips of paper on which to write the name of the candidate they support. Those slips get dropped in ballot boxes.

Votes are counted in front of everyone. Results are called into the state party. And, hopefully not too late in the evening, we'll have results. The Des Moines Register says the caucuses usually last about an hour.

-- The Register has an interactive graphic about both the Democratic and Republican caucus processes posted here.