Accessibility links
Rick Perry To Reassess Bid After Loss In Iowa : It's All Politics The Texas governor said he's returning home to determine whether there is a path forward for his Republican presidential campaign. He got 10 percent of the vote and finished fifth in the caucuses, the opening contest to pick a challenger to President Obama.

Rick Perry To Reassess Bid After Loss In Iowa

Rick Perry To Reassess Bid After Loss In Iowa 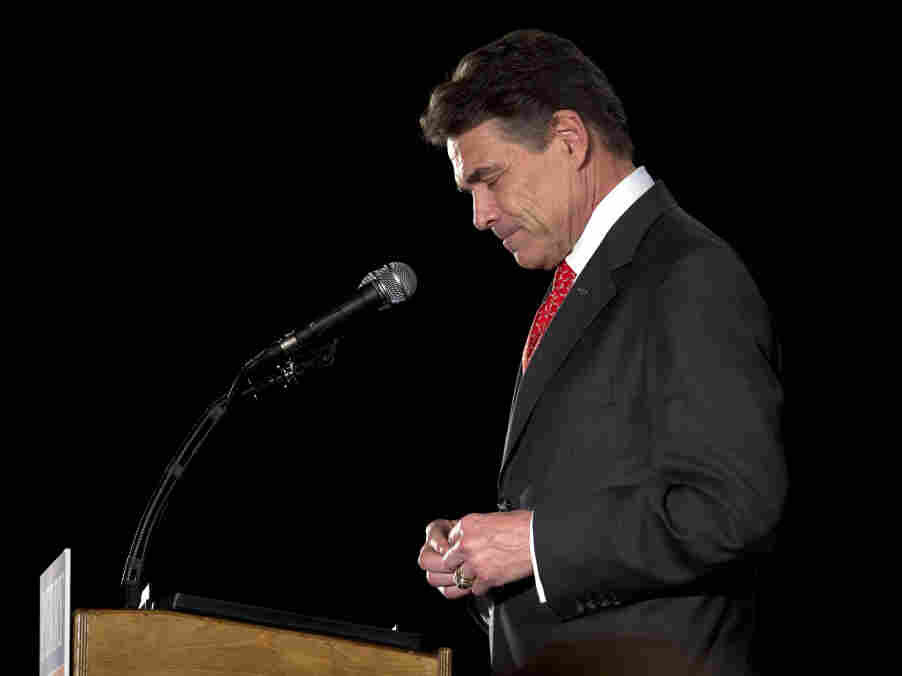 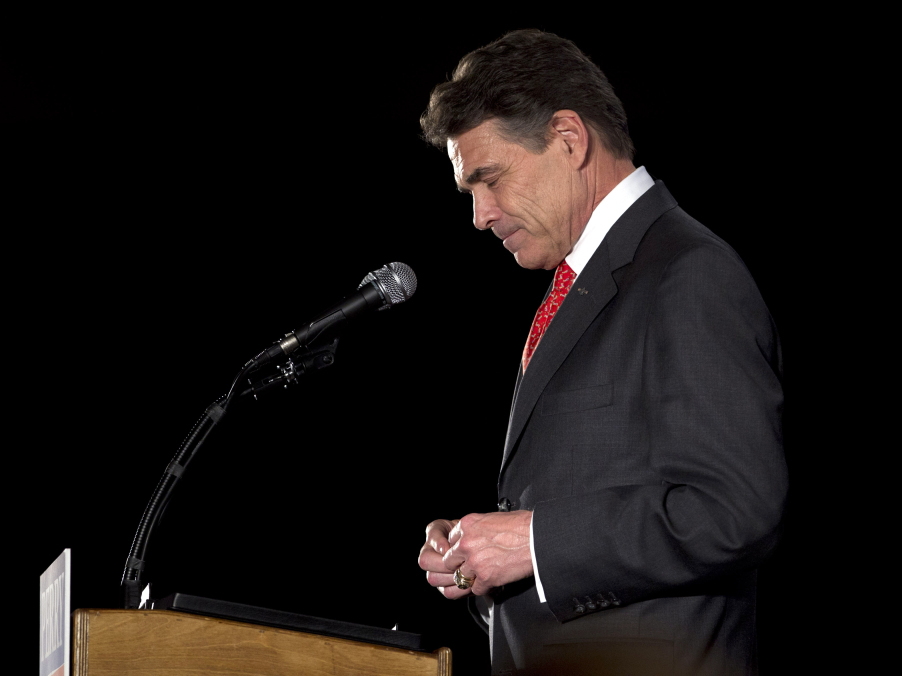 Texas Gov. Rick Perry said he will return to his home state and "assess the results" of Tuesday's Iowa caucuses, after getting just 10 percent of the vote.

"With the voters' decision tonight in Iowa, I decided to return to Texas, assess the results of tonight's caucus, determine whether there is a path forward for myself in this race," Perry said.

He was originally scheduled to campaign in South Carolina on Wednesday, but those plans were put on hold after his distant fifth-place finish.

Before Perry spoke, his advisers tried to paint the first contest in the South as the real start to his strategy and braced for a lackluster performance in the Iowa caucuses, which typically winnows the field of presidential hopefuls.

Ben Philpott, senior political reporter for NPR member station KUT, has been in Iowa, traveling with the Perry campaign. He reports for member station WOI that Perry surprised Texans during his bid for the Republican presidential nomination.

"It's been especially interesting to see, you know, the kind of famous stumbles that he's made early on in the campaign. That's not the candidate that we're used to seeing in Texas at all," Philpott said. "He didn't make those mistakes when running ... for governor three times in Texas."

Perry entered the Republican field in August and surged to the lead before tumbling after some high-profile gaffes in the presidential debates.

"The votes are the votes, and we're still early in the night so we'll wait and see in the morning what it looks like," he told Fox News late Tuesday.

He made a last-minute push Tuesday to avoid an embarrassing finish. At his first town hall-style meeting, he offered a sometimes rambling 25-minute speech and opened the floor to questions.

No one in the audience rushed to ask him questions. To fill the gap, Perry awkwardly hummed the theme song from the game show Jeopardy!