Accessibility links
Signs Of Gloom At Perry's New Hampshire Headquarters : It's All Politics The crash-and-burn nature of the Texas governor's campaign was on display at his headquarters in Manchester. There was no one at the front desk, no volunteers making phone calls, just a landscape of largely empty offices and a stack of enormous Perry signs. 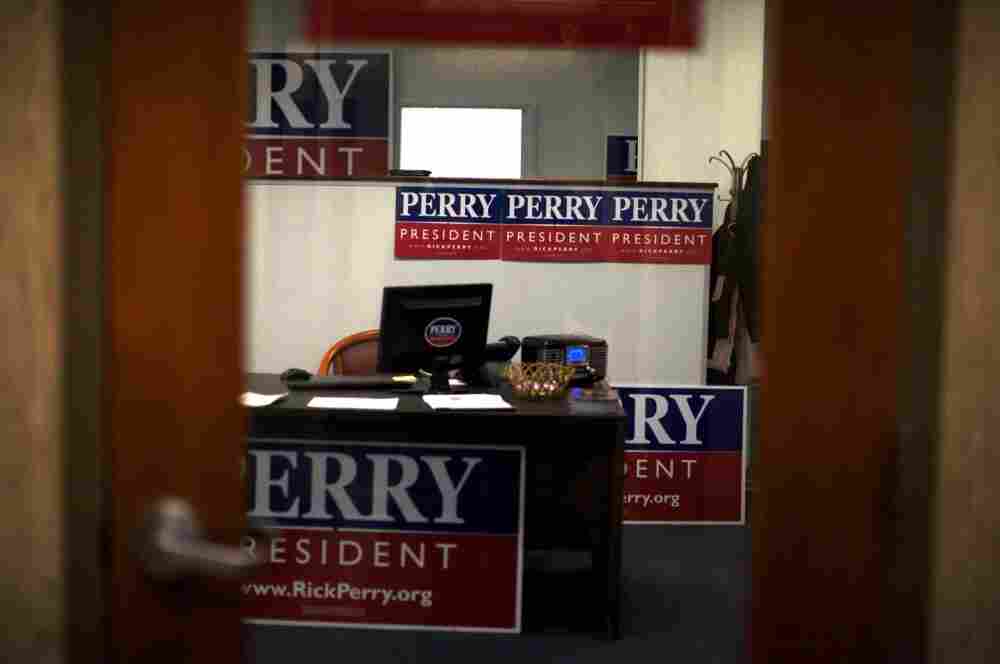 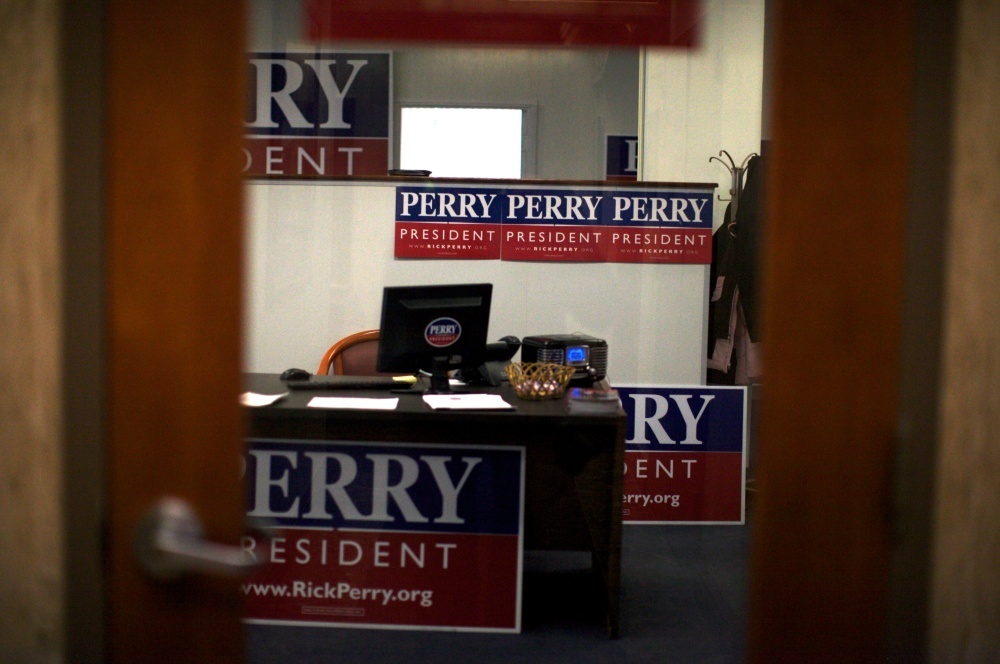 Texas Gov. Rick Perry is barely registering in the polls in New Hampshire, which holds its primary on Tuesday.

In the lower level of the fancy Brady-Sullivan Tower in downtown Manchester, N.H., the crash-and-burn nature of Texas Gov. Rick Perry's campaign was on forlorn display Friday when NPR photographer John Poole and I stopped by.

There was no one at the front desk, no volunteers making phone calls, just a landscape of largely empty offices and a stack of enormous Perry signs. Nick Trainer, a campaign field representative, stepped out of a conference room to greet us cordially.

In the room, a handful of Perry's New Hampshire workers were "re-assessing New Hampshire," Trainer said, and asked that we refer additional questions to the campaign's national staff.

After finishing fifth in the Iowa caucuses Tuesday, Perry headed back to Texas to "reassess" his campaign. He's since announced events in South Carolina, which holds its primary Jan. 21. There seems to be little to reassess in New Hampshire, where he's barely registering in the polls.

A Houston Chronicle headline this week summed up the state of Perry's once-promising candidacy. "Polls looking grim for Perry in New Hampshire, nationally," it said.