Accessibility links
Rivals Attack Mitt Romney's Record At Bain Capital : It's All Politics The Republican presidential candidate has claimed that the private equity firm he founded helped to create more than 100,000 jobs. But that's only part of the story. 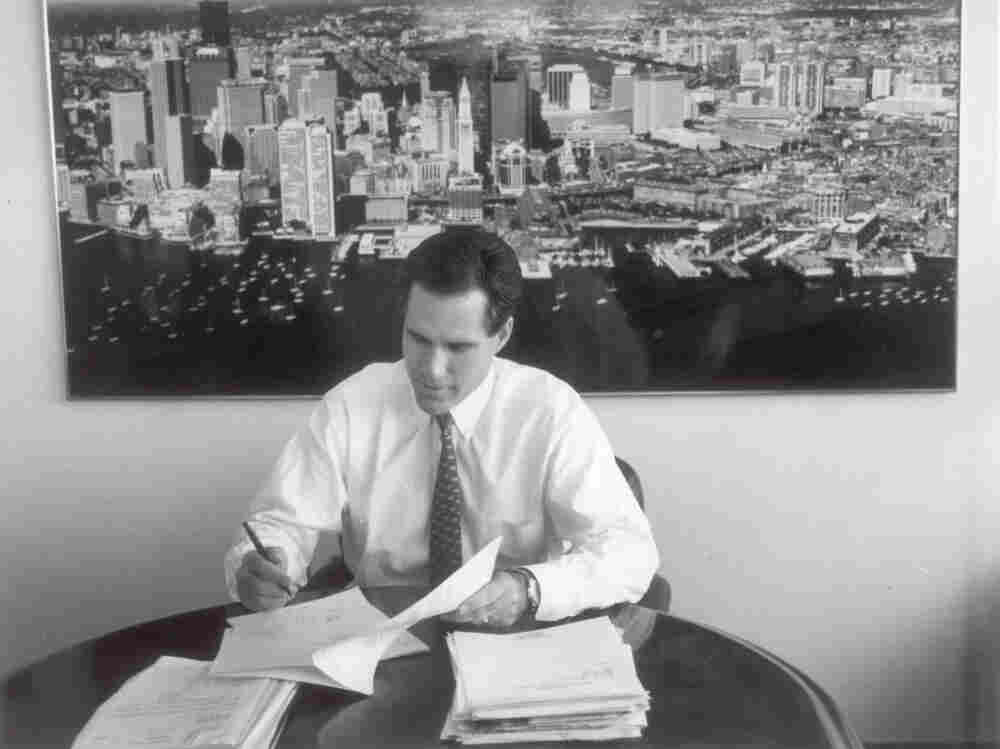 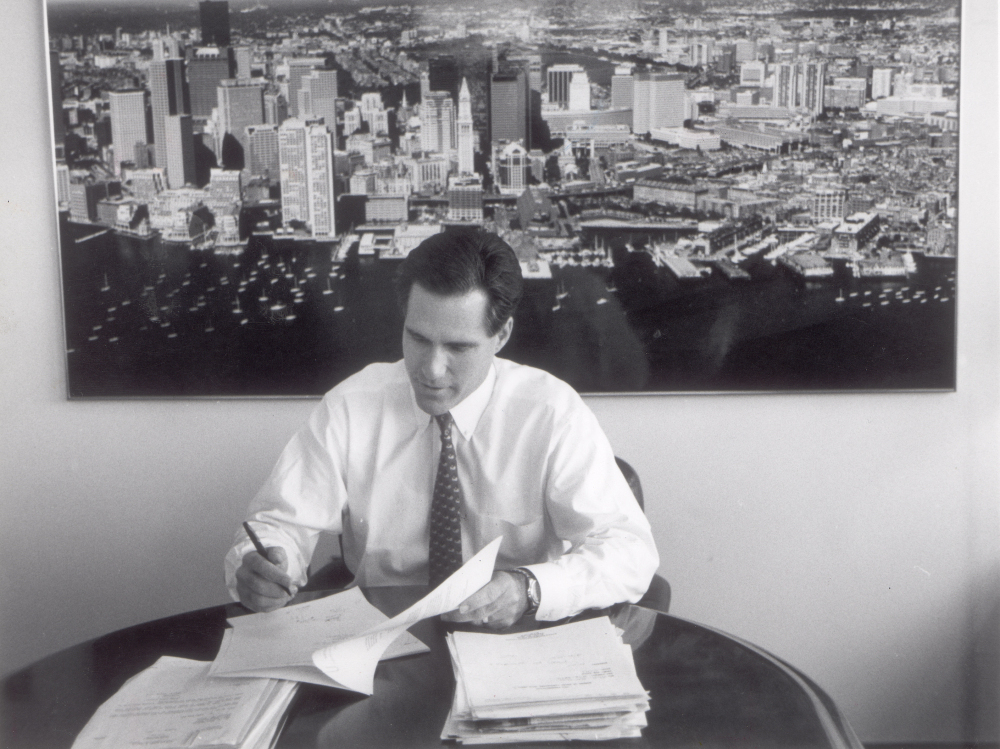 The central argument of Republican Mitt Romney's presidential campaign is that he understands how the economy works — thanks to his business background — in a way that President Obama does not.

Democrats have been challenging the former Massachusetts governor's claim that the private equity firm he founded helped to create more than 100,000 jobs. Now, some of Romney's Republican rivals are raising questions of their own.

Randy Johnson worked at a paper company in Indiana that was bought and later shut down by Romney's investment firm, Bain Capital. Johnson has traipsed around Iowa and New Hampshire this winter telling anyone who will listen that Bain is not the unblemished job-generating engine that Romney makes it out to be.

Johnson and other paper workers began shadowing Romney when he ran for the U.S. Senate in 1994, and their complaints about Bain Capital's treatment contributed to Romney's loss that year.

Now that Romney is on a roll, some of his fellow Republicans are taking up the workers' charge. On Monday, Texas Gov. Rick Perry accused Romney of "looting" two South Carolina companies that Bain invested in. And a superPAC supporting former House Speaker Newt Gingrich is promoting a new video alleging that Romney grew wealthy in part by sacrificing U.S. workers.

Romney continues to share in Bain's profits, though he left the firm more than a decade ago. Asked about these charges during an ABC debate last weekend, Romney defended his work with Bain Capital.

"This is a free-enterprise system. We don't need government to come in and tell us how to make businesses work," he said. "We need people with passion, willing to take risks and help turn things around. And where that works, you create jobs."

Romney insists that Bain's investments helped create more than 100,000 jobs, even if you subtract the workers who were laid off to cut costs or because a business failed. He routinely cites successful companies that were backed by Bain, such as Staples, Sports Authority and Domino's Pizza, which together employ more than 100,000 people. But Romney has been less forthcoming about jobs that were cut on Bain's watch.

This weekend, for example, he pointed to the Steel Dynamics company of Indiana as one that grew thanks to Bain's investment. He did not mention a century-old steel plant in Kansas City where 750 workers lost their jobs. Donny Box was one of them. He had spent 32 years at the plant as a maintenance millwright.

"You've got a piece of equipment out in the mill that broke down, that was my expertise," he says. "I'd go out there and keep the mill running. And the guys that worked out there on the production plant, these guys' jobs were to put steel out the end of the door.

"And that's what we did as good or better than anybody else in the United States, right up to the day they shuttered the plant."

The plant closed in 2001. It was a tough time for the steel industry, and many plants shut down. But Box says Romney's company didn't help, by taking on so much debt.

"These people that have never produced one thing in their lives, other than shuffle one pile of money into the next pile of money," he says. "What do they know about reality?"

Workers lost severance pay and health insurance, and saw their pensions cut. But Bain still walked away with millions of dollars in profit. According to the Los Angeles Times, four of the top 10 companies Bain invested in on Romney's watch ultimately filed for bankruptcy. Bain still made a profit on three of them.

"It's a wonderful business in good times, and it's a pretty good business in bad times," says Howard Anderson, a professor at the Massachusetts Institute of Technology who has followed Bain's business for years.

Bain's success gave Romney a personal fortune and a campaign storyline. Some of the workers who were left behind are now giving his opponents ammunition.