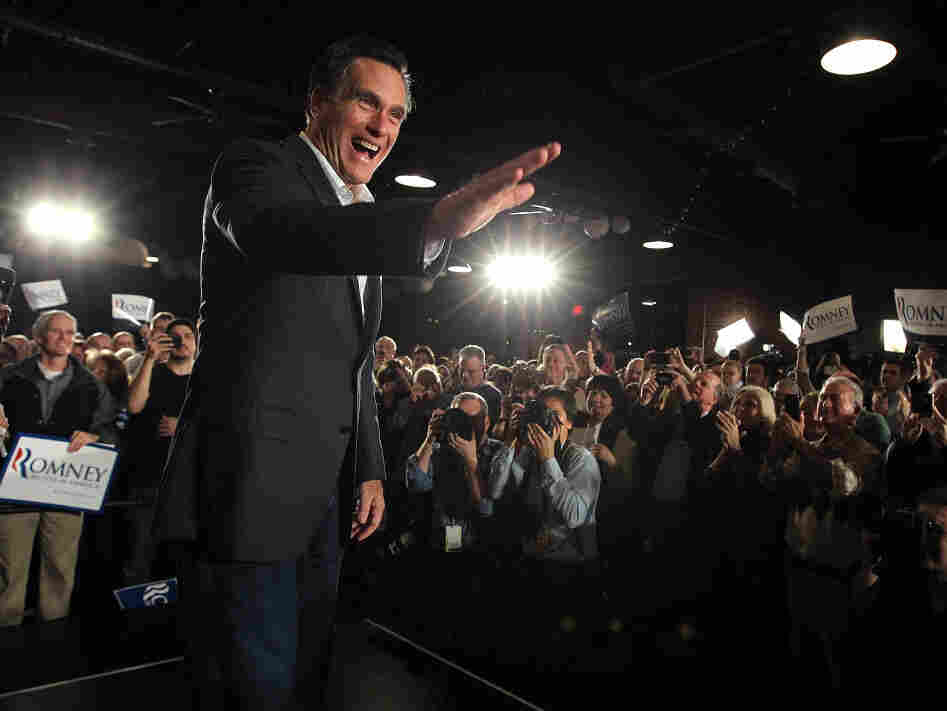 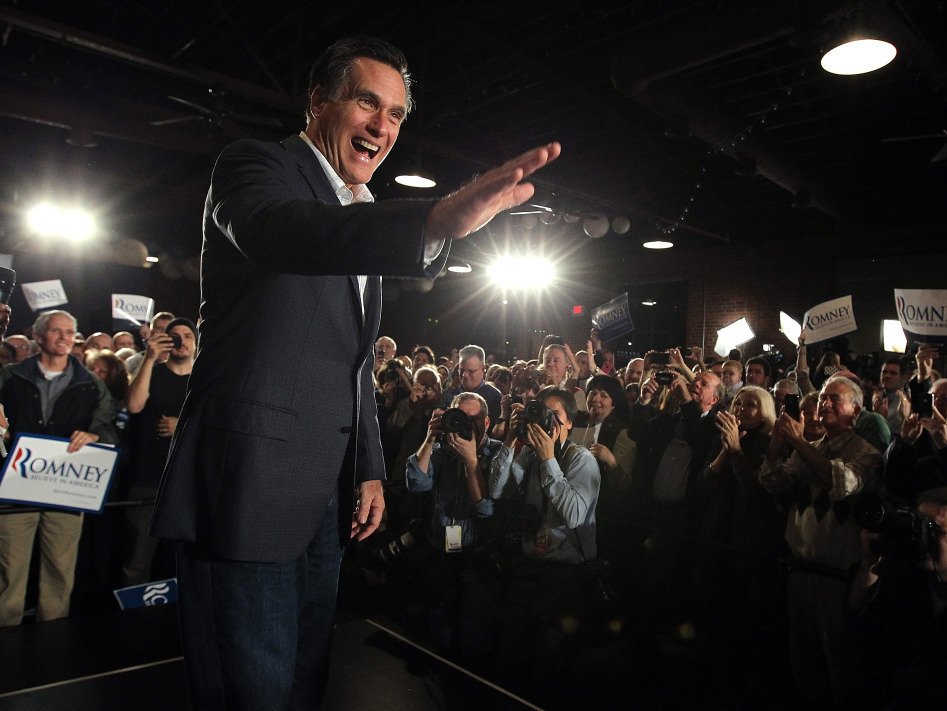 At a welcome reception Wednesday night in a hotel next to the restored Superdome, state Republican chairmen and national committee members gathered from across the country. As a Dixieland jazz band livened the party, party officials let the good times roll. At least some had reason to celebrate: The man they consider most capable of taking away President Obama's job has now won the first two contests in the presidential sweepstakes and he's leading the polls for the next one nine days from now in South Carolina.

Their optimism about Romney's prospects is shared by Saul Anuzis, a national committeeman from Michigan who has endorsed Romney. For Anuzis, Romney seems to be on track for his party's nomination.

"I think South Carolina is going to be critical: It's probably the most conservative state that will vote of the early primary states, so if Romney wins South Carolina, I think he probably wins Florida, and then he goes into Michigan, Arizona, where he's very strong, which would put him in almost an inevitable position of being the presumptive nominee going into Super Tuesday," he said.

But for other Republicans at this winter meeting, Romney's nomination does not appear inevitable.

"There could be a lot of people that rally around one other person, other than Romney," said Joan Reynolds, who is married to a national committeeman from Alabama. Unlike most party officials, Reynolds was willing to be openly critical of the GOP front-runner.

"I have real concerns about Romney, I really do," she said. "And I think we need somebody much more conservative. As I've heard so many people say, when you put a moderate against a Democrat, you're not going to win."

If there was some angst among some here about Romney, there was also considerable anger about ads former House Speaker Newt Gingrich is running in South Carolina that portray Romney as pro-abortion rights.

"Newt's a bigger guy than that," said Anuzis, the Romney supporter. "He should be. I think he's the kind of guy that can run a race on who Newt Gingrich is and what he stands for, and I think any of this kind of scorched-earth policy against any of our candidates is bad."

"The idea that this is some sort of cakewalk and that's the way it should proceed is something I just reject," he said. "I think that this is how primaries are run, and, I think, ultimately our candidate will be stronger."

And if that candidate turns out to be Romney, he's already picking up new support from some who were earlier skeptics. Delaware's Rakestraw just endorsed him after considering some alternatives.

"I took awhile to look over them very carefully, flirted with Gov. Perry for a while, flirted with Newt, and then I think like most Republicans, we'll come down on the side of the man who can best beat President Obama," she said.

Rakestraw says the key for Romney at this point is to get people to fall in love with him — or, as she put it, at least in like with him.