Accessibility links
Romney Says He's Taxed At 15 Percent Rate : It's All Politics His confirmation that he pays at a much lower rate than many much less well-off Americans, is likely to reignite a debate over whether the wealthy should be asked to pay a greater share of federal taxes. 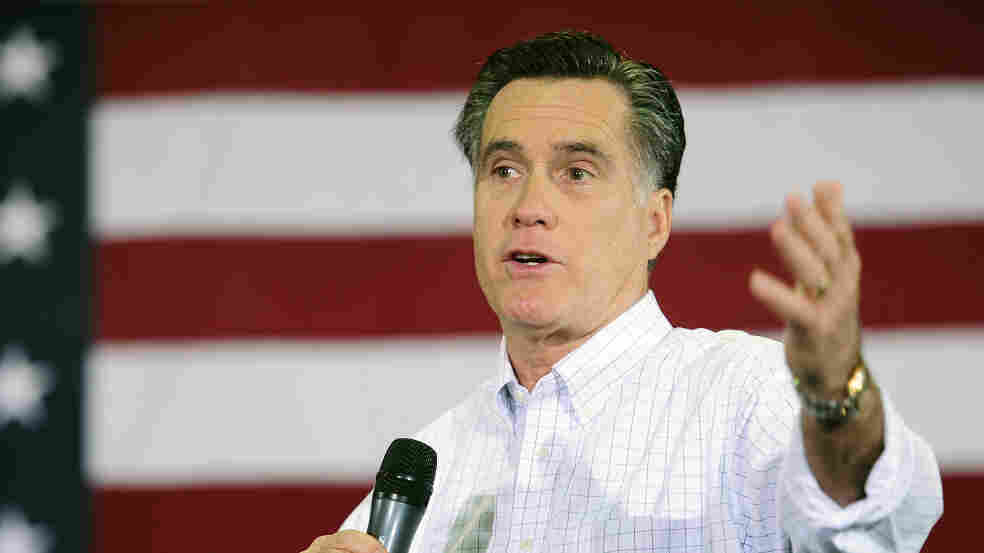 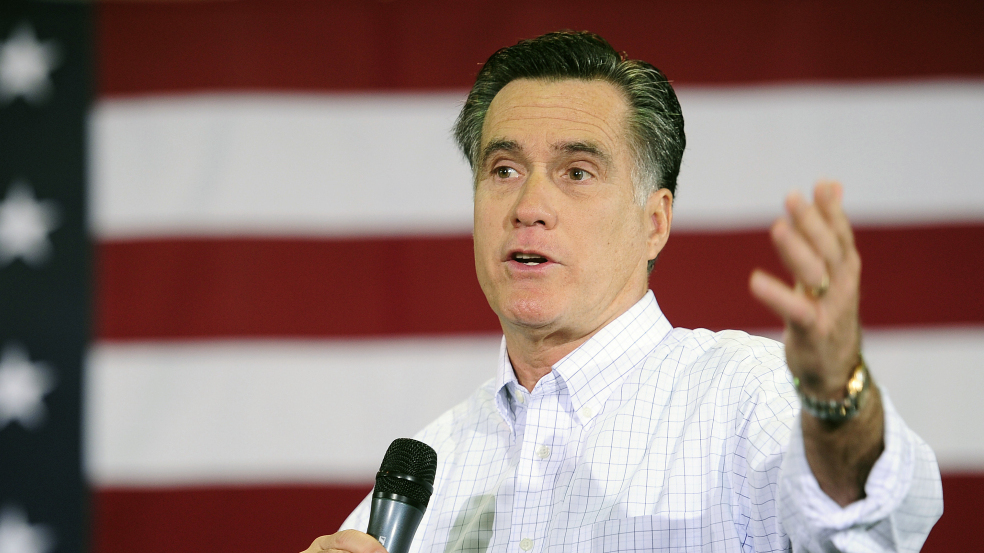 He has probably paid an effective federal income tax rate of about 15 percent in recent years, Republican presidential candidate Mitt Romney told reporters in South Carolina a short time ago.

Dogged by questions from his GOP opponents about his personal finances and when he will release his income tax returns, the former Massachusetts governor this morning confirmed some of what had long been suspected: Because he gets most of his income from investments, he pays less in taxes than he would if he was paid in wages. The top tax rate for upper income wage earners: 35 percent, as The Washington Post reminds us.

"Asked a press conference what rate he pays, Romney responded, 'What's the effective rate I've been paying? It's probably closer to the 15 percent rate than anything. Because my last 10 years, my income comes overwhelmingly from some investments made in the past, whether ordinary income or earned annually. I got a little bit of income from my book, but I gave that all away. And then I get speakers' fees from time to time, but not very much.' "

His definition of "not very much" may not fit with many Americans.' USA Today examined his financial disclosure forms covering most of 2010 and the start of 2011 and found that he had earned "more than $362,000 in speaking fees."

Romney's confirmation about his effective tax rate is sure to bring up mentions by his liberal critics of the "Buffett rule." Named for billionaire Warren Buffett (who thinks the very rich should pay more in taxes), it's the observation that those who can classify their income as "carried interest" get taxed at a rate much below the rates paid by many of the less well-off.

As for when he will release his income tax returns, Romney implied last night that he might do so in April. Tuesday morning, The New York Times says, "Mr. Romney said that April's tax season seemed to be the appropriate month for such a disclosure, and that he was following 'tradition' from previous presidential races."

Now that we've had a minute to check back, we're reminded that President Obama and the first lady paid an effective federal income tax rate of 26.3 percent on their 2010 earnings of about $1.7 million (much of it from book royalties). We wrote last year that:

"The Obama's tax liability gave them an effective federal income tax rate of 26.3 percent. The top tax bracket is 35 percent but they were able to knock that down through $373,289 in itemized deductions.

"Much of those deductions came from the $245,075 the Obama's reported giving to charity, or 14.2 percent of their income. The largest single donation was $131,075 which they gave to Fisher House Foundation."