Accessibility links
Sen. Jon Tester Decries Citizens United's Impact In Montana, Nationally : It's All Politics Sen. Jon Tester has proposed a constitutional amendment to reverse the Supreme Court's Citizens United decision. On All Things Considered Monday, Tester explained to co-host Melissa Block his opposition to Citizens United and the concerns he has about what he sees as its negative impact on American democracy. 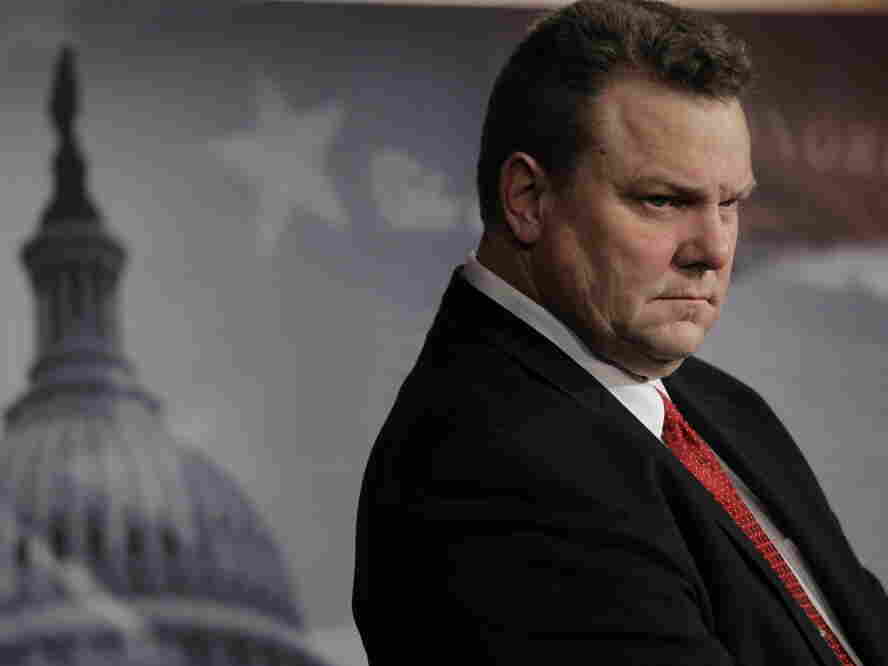 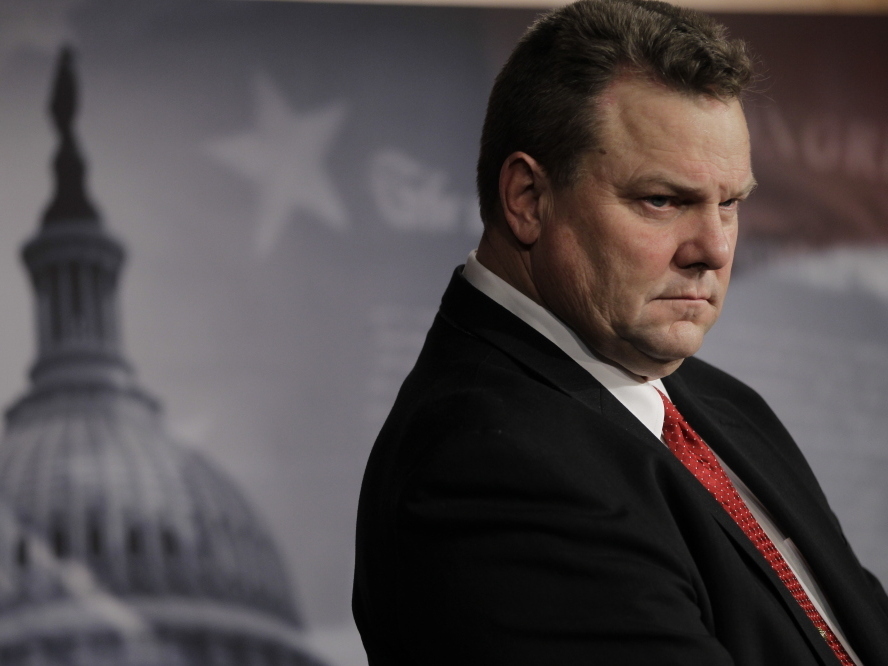 Because he sees Citizens United as subverting democracy, Sen. Jon Tester, a Montana Democrat, proposes a constitutional amendment to reverse it.

The contest for the seat held by Sen. Jon Tester, a Montana Democrat, is one of the potentially close 2012 races that could ultimately decide whether Democrats maintain control of Congress' upper chamber.

As such, the battle is attracting attention from outside groups hoping their financial assistance will make a difference for both the first-term Democrat and his Republican challenger, Rep. Denny Rehberg, the state's sole House member and a former lieutenant governor.

Tester ran as a populist in 2006, beating the then-Senate incumbent, the controversial Republican Conrad Burns, by a mere 3,562 votes out of more than 400,000 cast. That was a wave-election year that favored Democrats, suggesting the depth of the challenge Tester faces in gaining re-election in a state that votes Republican in national elections.

Tester has proposed a constitutional amendment to reverse the Supreme Court's Citizens United decision. In that decision, the high court held that corporations and unions enjoyed free-speech rights that allows them to donate unlimited amounts of money to third party political groups.

On All Things Considered Monday, Tester explained to co-host Melissa Block his opposition to Citizens United and the concerns it raises from his perspective for American democracy.

"Well, if you have corporations out there that have hugely deep pockets, and I'm concerned about re-election — which isn't the top thing on my mind, the top thing on my mind is to make good public policy — well they're going to come into a state like Montana and put $1 million down the year before an election and probably put $15 (million) to $20 million in the year of the election which is what we figure they're probably going to do this election cycle.

"And whether it beats me or not, I don't know, I have great faith in the people of Montana that they can't be bought. But if it does, what a travesty. I mean, you make the right decision, it helps people, it helps families, it helps our next generation and the generation after and you have a big corporation, maybe not even from this country that can blow in with $10 (million) or $15 million which is nothing to them and huge amounts to regular folks and buy an election.

"It's ridiculous and it's not what our forefathers sought and it really goes against our democracy. It goes against what this country is built upon."

Tester criticized the lack of transparency created by Citizens United which doesn't force donors to reveal their true identities, a failure that makes all kinds of mischief possible, he said.

He cited a negative ad recently run against him that he was so false, he said, his complaints led a cable channel to stop showing it though broadcasters continued to. He said:

"That's the kind of stuff you see when you don't have transparency and accountability in government."

Melissa asked the senator about Montana's history in reforming campaign money. A century ago, through a voter initiative Montana passed restrictions on campaign cash to rein influence buying of one of the state's most powerful corporations at the time, the Anaconda Copper Co.

TESTER: "This whole thing about putting corporations into the process, giving them rights as people, Montanans figured out a long, long time ago. I think it's unfortunate that the Citizens United overturned that 100 years of precedence. But we did have the Montana Supreme Court (recently) upholding that voters' initiative that was passed back in 1912. And I think that was the first challenge to the Citizens United decision since it was made (by the U.S. Supreme Court) two years ago."