Accessibility links
A Confident Romney Crowd Celebrates In Miami-Dade : It's All Politics Mitt Romney supporters celebrated across Florida Tuesday night. The former Massachusetts governor picked up a key endorsement from Hispanic lawmakers — and that made a difference for at least some GOP voters. 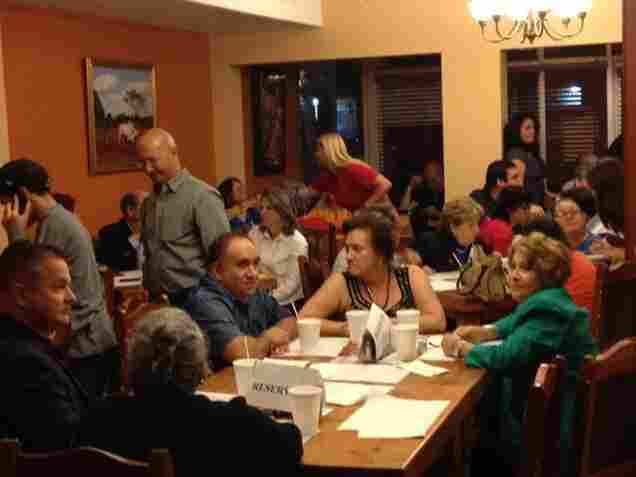 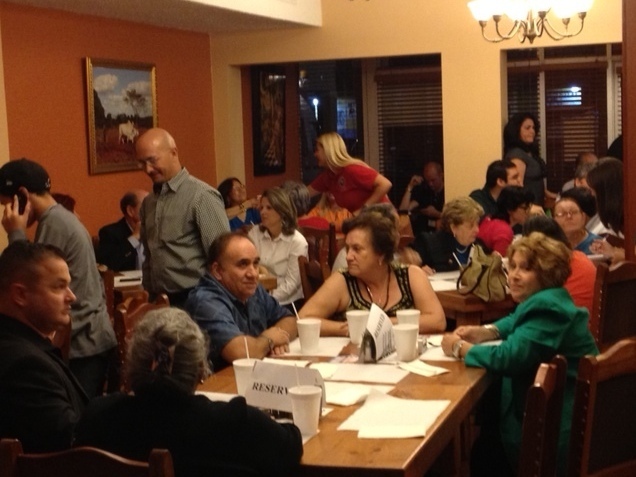 With the big Mitt Romney victory party underway in Tampa, about 40 Romney volunteers watched returns at Casa Marin restaurant in the Cuban stronghold of Hialeah in Miami-Dade County.

This is the place Romney visited Sunday and again tonight, and it's quite a different scene. It's noisy, but low-key — mostly a Spanish-speaking crowd. 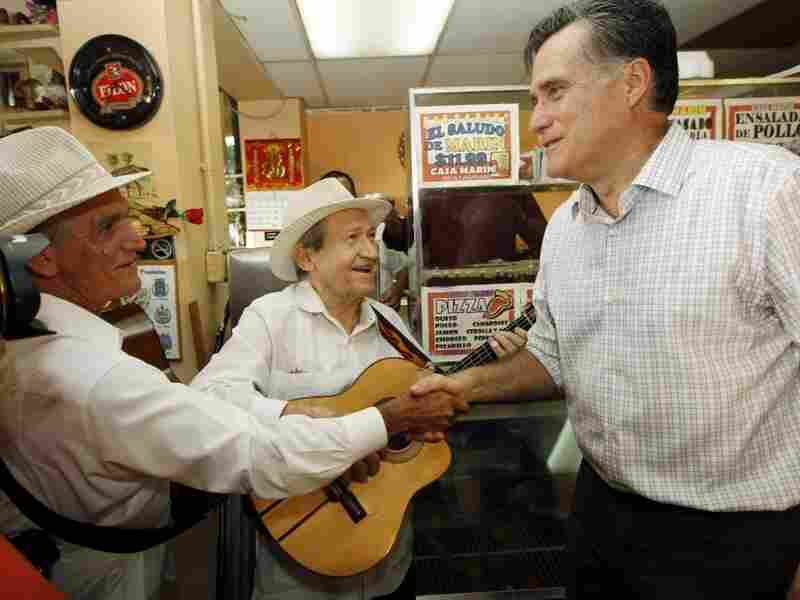 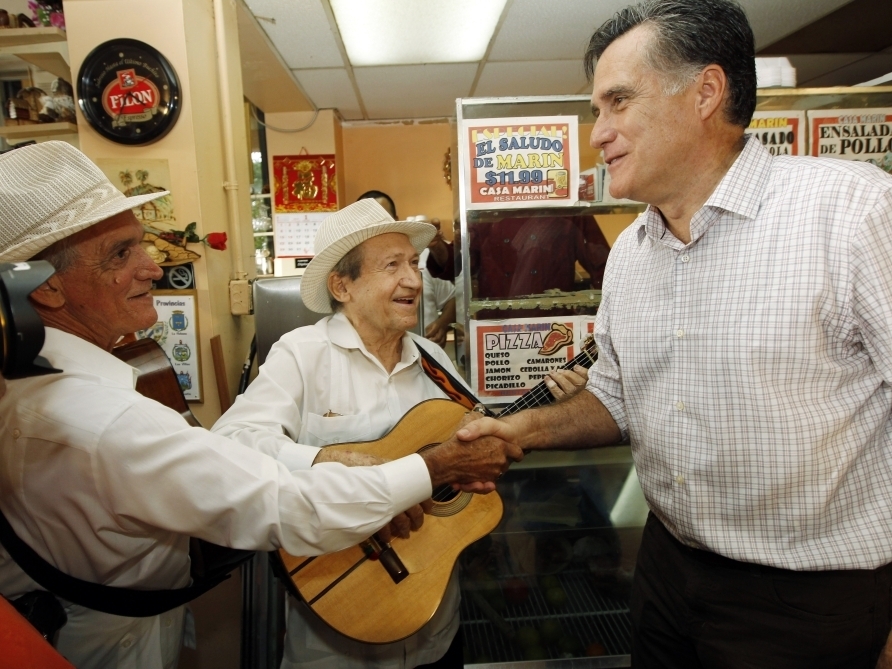 The restaurant's TV screens were tuned to a local Spanish-language station. While occasional updates of primary results appeared on screen, many diners weren't paying attention. They were here to see their friends and were pretty confident in the election outcome.

This is a community that came together behind local Cuban-American leaders to support Mitt Romney in a big way. Supporters at Casa Marin say Romney has the right position on U.S. relations toward Cuba.