Accessibility links
Voting Heads West: A Nevada Republican Presidential Caucus Primer : It's All Politics While hotels along the Vegas Strip are full of Super Bowl fans and convention attendees this weekend, another event will be playing out Saturday at more than 100 locations across the state. Nevada's Republican presidential caucuses will be taking place, and mostly in low-key places. 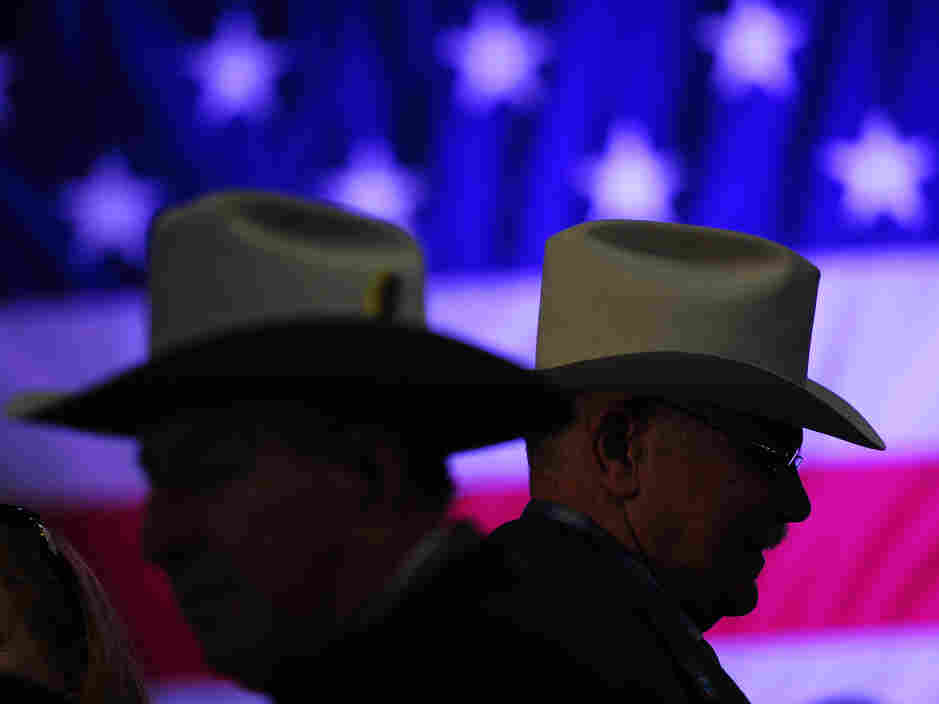 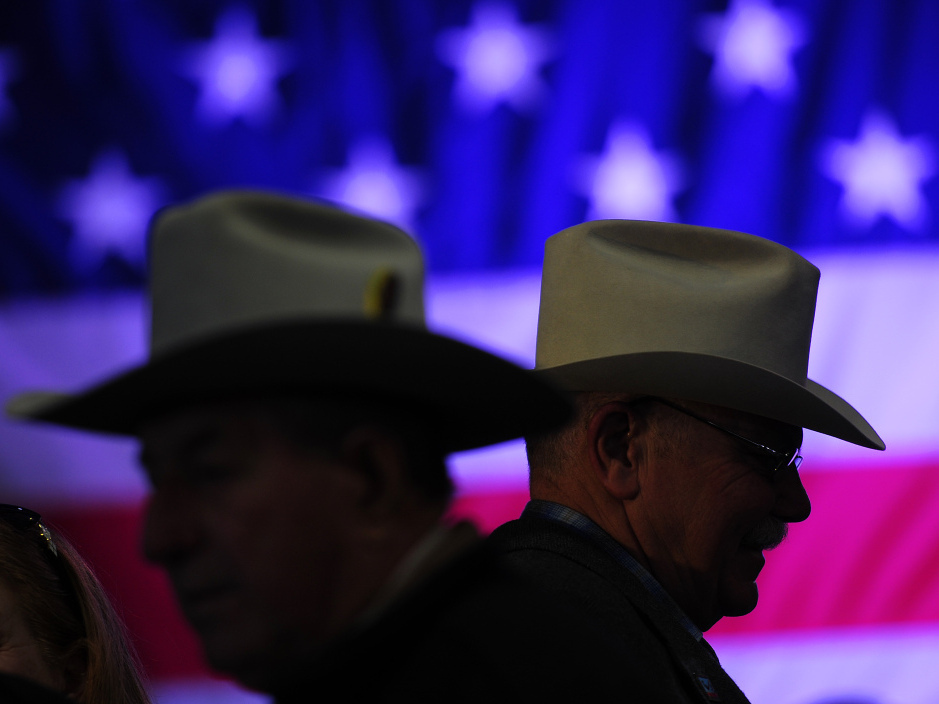 Men arrive at a campaign rally for Mitt Romney in Elko, Nev., on Friday.

While hotels along the Vegas Strip are full of Super Bowl fans and convention attendees this weekend, another event will be playing out Saturday at more than 100 locations across the state.

Nevada's Republican presidential caucuses will be taking place, not in expensive hotels, but mostly in low-key places like schools and firehouses.

David Gallagher of the Nevada state GOP says each county's local party is responsible for organizing its own caucus, so opening times vary.

In the northern part of the state, near Reno and the Sierra Nevada, caucus sites are opening a bit later, mostly because of snow and the difficulty of getting to a site.

Gallagher says once a caucus site is open, everyone signs in and there are just three things to do: "Folks get in there, they vote for their delegate. They'll submit a party platform, things that they are interested in. And they'll vote for their candidate."

Anyone wanting to speak on behalf of their candidate gets two minutes to talk. Ballots are then filled out, and the precinct captain tallies the votes.

The results are expected to start trickling out around 5 p.m. local time (8 p.m. ET). Google and Twitter have teamed up with the state party to help get the results out fast.

But one caucus site will only open after sundown, delaying the state's final results for hours. Organizers set the caucus date on Saturday, which upset some religious residents, such as Orthodox Jews and Seventh Day Adventists, who can't vote on the Sabbath.

So a special after-sundown site will open in Las Vegas at the Adelson Educational Campus, founded by the same Adelson family that donated more than $11 million to a superPAC that supports one of the candidates, Newt Gingrich.

The results of that caucus and all the rest of Clark County — the largest in the state — may not be known until 11 p.m. local time.

Battered By The Bust, Nevada Voters Search For Slivers Of Hope Feb. 3, 2012