Accessibility links
Nevada A Safe Bet For Romney And Start Of Likely Bad Month For Rivals : It's All Politics Nevada is, in part, such friendly territory for Romney because of its place in the Mormon Corridor, a group of states fanning out from Utah which, besides Nevada, include Arizona, Wyoming, Idaho and southern California with significant populations of Romney's fellow Mormons. 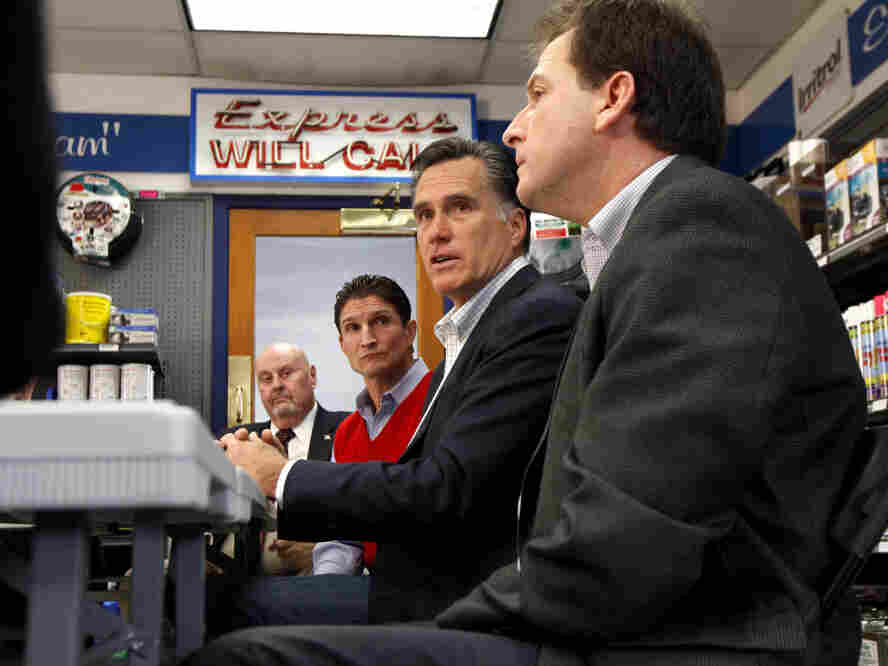 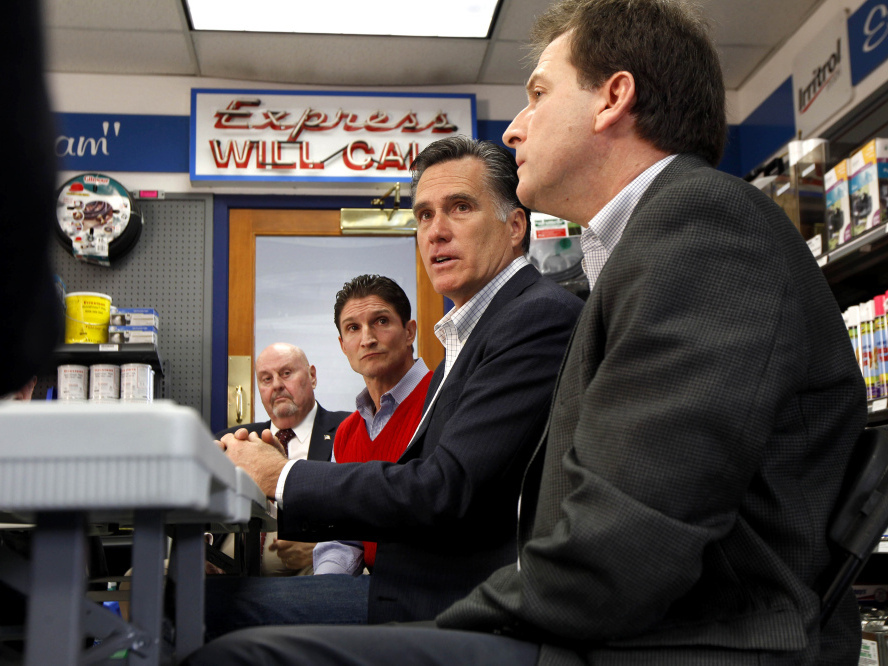 Nevada is Mitt Romney's world. The other Republican presidential candidates are just campaigning there.

At least, that's how it looks heading into Saturday's presidential preference caucuses in the Silver State, the first contest in the West.

With the most recent polls putting the former Massachusetts governor up by at least 20 percentage points in the state over his nearest rival, former House speaker Newt Gingrich (Rep. Ron Paul and Rick Santorum trail far behind) there isn't much suspense about who will win. Santorum even decided to campaign elsewhere.

Four years ago, Nevada gave Romney his only victory in the early primary states and a resounding one at that. He won 51.1 percent of the votes of Republican caucus goers, a 37.4 percentage point advantage over Paul.

Nevada is, in part, such friendly territory for Romney because of its place in the Mormon Corridor, a group of states fanning out from Utah which, besides Nevada, include Arizona, Wyoming, Idaho and southern California with significant populations of Romney's fellow Mormons.

Saturday's only Nevada caucuses drama is likely to be how many Mormons Paul can attract. Paul is hoping his strict constructionist approach view of the U.S. Constitution will appeal to Mormon voters who hold that founding document as essentially sacred, according to a Las Vegas Sun report by David McGrath Schwartz.

With Romney the odds-on favorite to become the first Mormon to be a major political party's presidential nominee, however, Paul's Nevada ambition may represent more the triumph of hope over practical political reality.

Meanwhile, two of Gingrich's biggest supporters, Las Vegas casino billionaire Sheldon Adelson and his wife Miriam, both of whom have given lavishly to a superPAC supporting the former speaker, haven't been able to turn Romney's Nevada tide.

And Nevada is expected to be only the start of a month highly favorable contests for the former Massachusetts governor. After Nevada comes Maine, Minnesota, Colorado, Michigan and Arizona, all states expected to add to Romney's momentum.

For Romney's rivalsl, especially Gingrich, it's March, with a number of Southern states holding primaries, when that may provide the next best chance to slow Romney down.