Accessibility links
Why Bother With Caucuses? : It's All Politics Contests in Iowa and Nevada have been plagued by embarrassing snafus. As Minnesota and Colorado head to their caucuses Tuesday, we look at why some states still bother with this primitive but uniquely American way of picking a president.

Why Bother With Caucuses?

Why Bother With Caucuses? 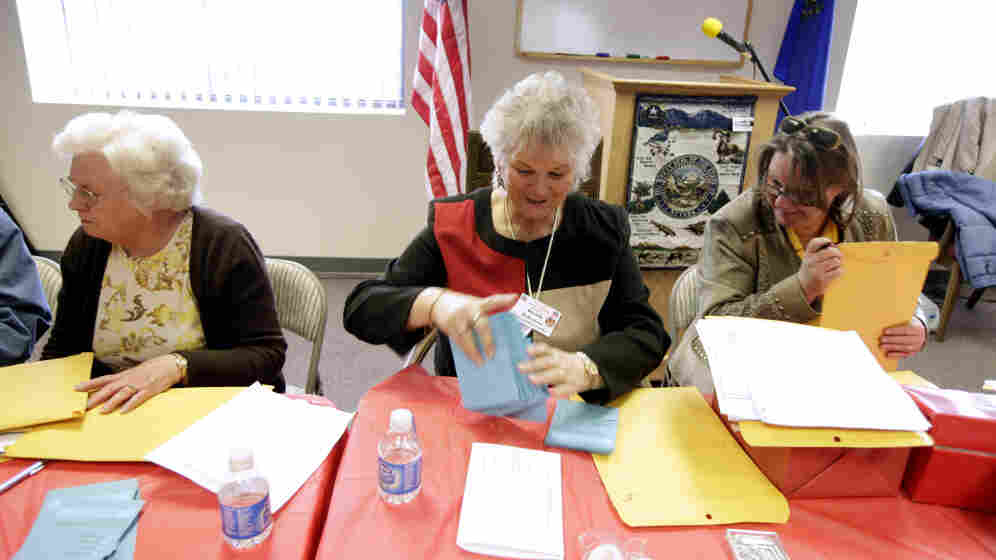 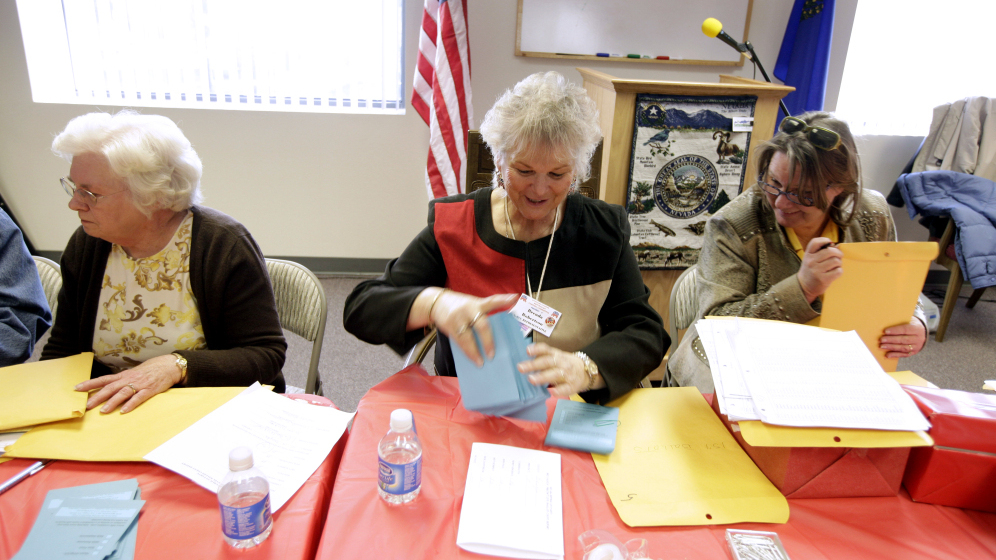 Republican voters in Colorado and Minnesota on Tuesday will engage in the truly American political invention called the caw-cawaasough.

Make that the "caucus," the oft-maligned system in which party members gather to discuss and declare their preferences for a candidate by scribbling a name on a piece of paper for hand-count by party officials.

Tradition, in part. Caucuses are inherently messier than straightforward voting booth primaries, and grousing about caucus-state Iowa's influence with its first-in-the-nation presidential contest is a revered political pastime. (Unless you live in the Hawkeye State.)

But, this year, with difficulties having plagued the two state caucuses Republicans have under their belt, critics have been handed more fodder.

Move Over, Iowa, Nevada Has A Caucus Problem Too

A faulty count in Iowa's contest denied Rick Santorum his win, at least initially. And Nevada's tabulation was so chaotic, even with a low turnout, that it prompted the Twitter meme, #thingsfasterthannvgop. Faster-than tweets included: lines at the DMV, bicycling from Las Vegas to Reno, glaciers carving valleys, reading Ulysses.

With eight more states and the Virgin Islands scheduled to hold caucuses this presidential season after Tuesday (Maine's is an ongoing, weeklong affair that ends Saturday), we decided to take a look at the origins of the practice, why it collects criticism and what caucus defenders have to say.

Where did "caucus" come from anyway?

For this, we turned to the words of the late Middlebury College classics professor William Harris and his analysis, "The Caucus: History and Etymology." Harris, who died in 2009, traced the word to 1624, when Virginia colony leader Capt. John Smith, in a history book he wrote, mentions the Algonquin Indian word caw-cawaasough. He describes it as meaning "one who advises, a counselor."

Here's what Harris wrote: "It seems pointed that Captain Smith, who ... spoke the native language, made special mention of an Algonquin family-based word for 'counsel' as a discussion group." He theorizes that the emergence of caucus, a "truly American word," was fortunate in that it contrasted local level discussion and consultation with distant British rule of the time.

"It was an ideal item of vocabulary," Harris wrote, "since it meant something over here which would not be understood as word or as meaning to the British government over there." In 1763, the term "caucus clubs" appeared in John Adams' diary, Harris wrote. He notes that, by 1809, caucuses were being characterized as nonpublic party meetings where "it is decided for whom the people shall be instructed to vote, and by what course of politics the party may be secured." A group that, Smith might say, advises and counsels.

How did they evolve into public party events?

It wasn't by the choice of the political elites, that's for sure. By the 1820s, according to a caucus history compiled by the Council on Foreign Relations, reformers including presidential candidate Andrew Jackson took exception to closed party caucuses being used to pick presidential and vice presidential candidates. By 1830, "the advent of the modern political convention" expanded the caucus process beyond members of Congress and to party members, though predominantly insiders.

A majority of states used caucuses to pick their convention delegates before 1972. Traditionally, caucus night is when party members pick designees who will represent candidate preferences at state conventions where presidential delegates are chosen. (Iowa still adheres to that practice; Nevada, however, is among states that award presidential delegates directly from caucus-night results.) Reforms designed to encourage broader participation in picking presidential candidates led Democrats to switch to primaries in many states in the 1970s, and Republicans to do the same.

What's with the caucus criticism?

It gets back to the age-old complaint of the outsize influence of party insiders on caucuses. Even though caucuses aren't restricted to party elites, they do require a significant commitment of time, energy and passion that many average voters just don't have.

That means that only a small number of stalwarts tend to show up. And though they may not reflect the views of the electorate at large, they have the power to choose all the delegates.

A quick calculation by NPR's Shirish Date using the results of the GOP contests so far reinforces that criticism.

In Nevada, for example, which will send 28 delegates to the Republican presidential nominating convention, only 32,894 party members marked caucus ballots Saturday. That means only 1,175 caucus votes were cast per delegate awarded.

Contrast that with the Florida primary, held just a few days earlier.

There, 50 delegates were at stake and 1,672,352 votes were cast. That breaks down to 33,447 votes for every delegate awarded. Very few people in caucus states make very big presidential decisions.

Critics also complain that, given modern technology, there simply has to be a better, faster and fairer way to tabulate results. Christopher Hull, a defender of caucuses and author of Grassroots Rules: How the Iowa Caucus Helps Elect American Presidents agrees, with some caveats.

So why have caucuses today?

Hull, a former Republican staffer in the Iowa Senate, sees an upside and downside to caucuses but wants to preserve what he and other supporters view as their inherent worth: party building, and giving favor to a candidate that "can build up, rather than tear down."

"It's very difficult for you to buy a caucus, and the process is a healthy one," he says. "The caucus-to-convention process awards activism and true believers, and I personally think it is reasonable to conclude that a mix of primaries and caucuses are healthy when selecting a president," Hull says.

The downside? Paper ballots and the failure of states, like Iowa, to tie caucus results directly to the awarding of presidential delegates. "If you're going to say the precinct caucus night is important, formalize it," he says. That includes the vote count.

Hull remains an evangelist for caucuses and makes this argument: "Democratic, small 'd,' isn't always the goal," he said of the more democratic primary contests. "The small 'd' democratic and small 'r' republicanism are at war."

"The Founders," he says, "wanted people to select people who would select for them, which is what the caucus process is all about. You're not trying to identify what the state thinks, but what the party thinks."

Going by that logic, by Wednesday morning, we should all have a pretty good idea of what the parties in Colorado and Minnesota think, if not the states. Capt. Smith and, perhaps, John Adams, too, would likely think that's just fine.