Accessibility links
Why Missouri Voters Have The 'Beauty Contest' Blues : It's All Politics With no delegates at stake in Missouri's GOP primary, many voters are upset that the "beauty contest" will cost taxpayers $7 million. It could also dampen turnout for the March 17 caucuses, which do actually count.

Why Missouri Voters Have The 'Beauty Contest' Blues

Why Missouri Voters Have The 'Beauty Contest' Blues 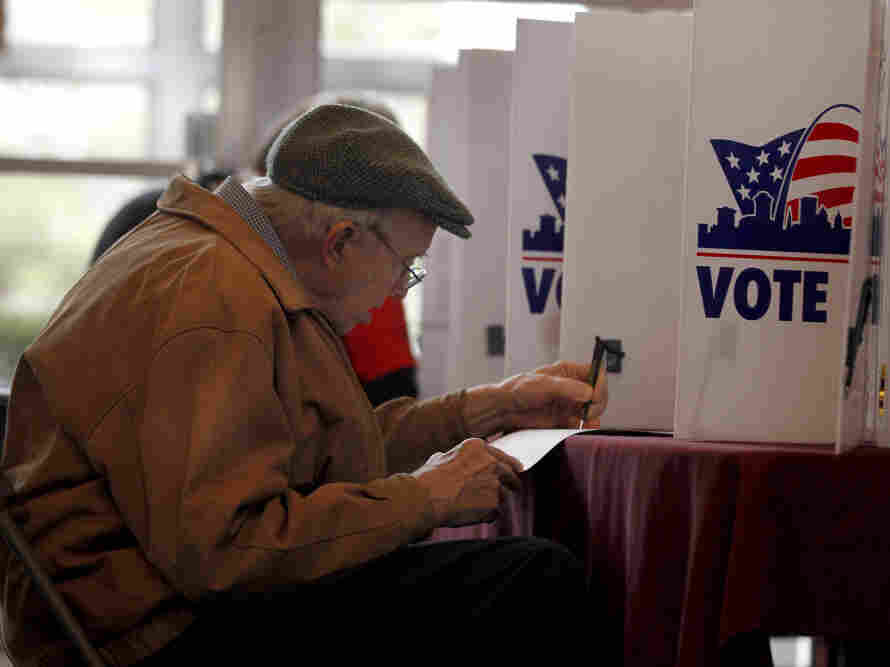 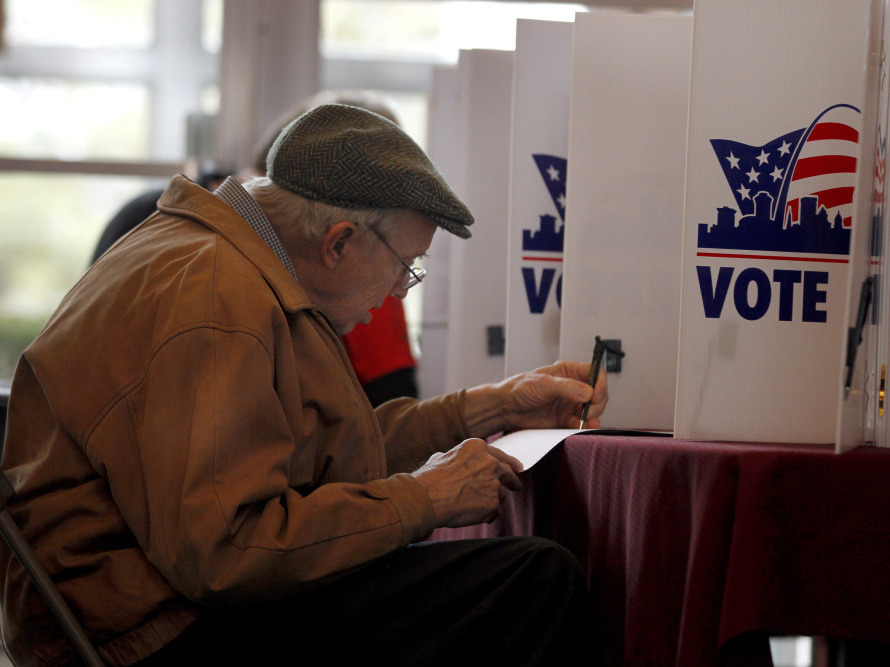 There's no waiting in line at O'Fallon City Hall. A half-dozen election volunteers have been eagerly hoping that more people will turn up for Tuesday's Republican primary.

After five hours, they've seen a grand total of 33 voters. Normally, the City Hall precinct gets about 250 people to turn out for a primary.

"We haven't had many," says Vince Scully, a retired printer and election official. As for a late rush in the evening, he says, "We won't have that today."

The reason is that Missouri's primary is nonbinding. Delegates to the GOP national convention will actually be chosen at caucuses on March 17.

It's a change in the state's usual way of doing things that has left most voters cold. Absentee ballot requests are down by about half in St. Louis County. Total turnout statewide could be under 20 percent.

Republican legislators had hoped to move the primary date back, to avoid running afoul of national GOP rules that would have cost the states half its delegates. But Democratic Gov. Jay Nixon vetoed their proposal because there were unrelated provisions attached to the bill, so the primary is purely advisory, with no delegates at stake.

"All we've got is this one thing to vote on and not everybody's on the ballot," says Maxine Rader, GOP chairwoman in Barton County, in the western part of the state, referring to the failure of former House Speaker Newt Gingrich to qualify. "I'm not so sure a lot of [people are] going to know they're supposed to vote."

Rural Barton County is generally considered the state's most reliably Republican county, but St. Charles County, across the Missouri River from St. Louis, offers Republican candidates their richest trove of votes. It's been called one of the most conservative counties in the country.

Yet even in O'Fallon — St. Charles' largest city — most residents are completely indifferent. All along Main Street, an amalgam of banks, auto parts stores and barbecue joints, people say they're not going to vote.

"It's kind of stupid," says Sandi Johnson, a cleaner and cashier. "If it's not going to count, why bother?"

Some O'Fallon residents say they are too busy to vote, or that they believe that the GOP nomination has already been wrapped up by former Massachusetts Gov. Mitt Romney.

But most agree with Johnson — that they can't be bothered casting a purely symbolic vote.

Many are upset that the so-called beauty contest primary will cost the state and its counties $7 million to run. "It's a waste of taxpayers' money because it doesn't count," complains William Holt, a retired autoworker.

Voter indifference to the primary is not something Eugene Dokes, the GOP chairman in St. Charles, is worried much about. His main concern is that, having held the primary, people won't show up at the caucuses next month.

"It's the caucus that we're really going to have to do some work to get people out to," Dokes says. "People are used to the primary counting, and the caucus not."