Accessibility links
VA Governor Claims Reports Of Ultrasound Retreat Greatly Exaggerated : It's All Politics Virginia Gov. Robert McDonnell and other supporters of the original ultrasound bill clearly found themselves in an embarrassing and politically untenable position earlier in the week from which they've had to try and extricate themselves. 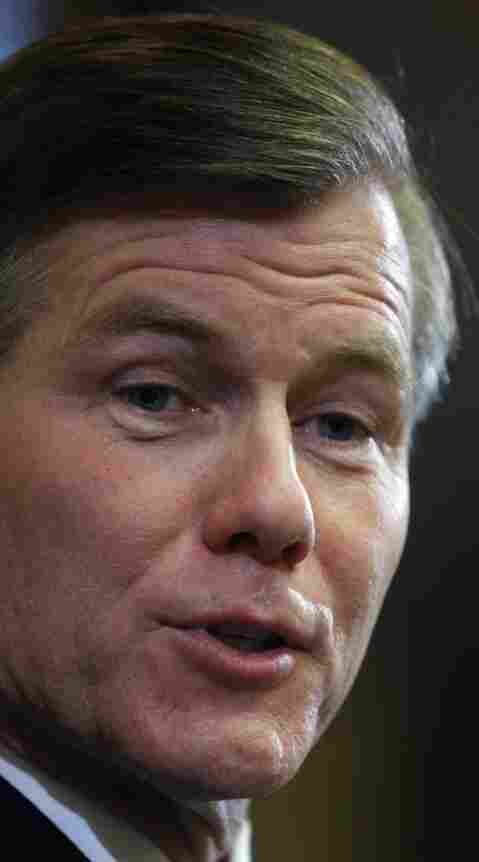 The news media are wrong, Virginia Gov. Robert McDonnell wants you to know. The state's Republican chief executive didn't retreat on the anti-abortion legislation that would have mandated that women seeking an abortion in the state have an invasive ultrasound.

He still wants them to have ultrasounds, but external ones, McDonnell said at a Friday forum hosted by and reported on by Politico.

Of course, external ultrasounds early in the first month and half of pregnancies are virtually useless, according to experts, for the purposes of McDonnell and other abortion foes who hope to dissuade women from having abortions. Transabdominal ultrasounds during early pregnancies don't reveal much, if anything, about a pregnancy.

But medical reality in this case doesn't appear to be trumping political reality. McDonnell and other supporters of the original bill clearly found themselves in an embarrassing and untenable position earlier in the week from which they've had to try and extricate themselves.

McDonnell and members of the Republican-controlled Virginia legislature didn't realize when the initial ultrasound bill was passed what it would mean exactly until it was pointed out to them. It didn't help that some of those doing the enlightening were using ridicule — Rachel Maddow, Jon Stewart and Saturday Night Live's comedians.

Then there were the angry protesters, many of them women, who descended on Richmond.

The Richmond Times-Dispatch had a great photo and lead paragraph on a story about one of the abortion-rights protesters who confronted the lawmakers Thursday:

"Most mornings, mild-mannered Margaret Doyle, owner of Richmond's Espresso-A-Go-Go Coffee Catering, is in a chipper mood.

"Thursday was not one of them."

The optics were indisputably bad. Republicans who have campaigned on the supremacy of individual freedom was set to mandate that women seeking a legal medical procedure undergo an invasive procedure first. It didn't help that many of Republicans pushing the legislation were men.

McDonnell is widely viewed as a potential presidential choice and he has endorsed and campaigned for Mitt Romney. So his actions throughout the controversy have been examined through that filter with the prevailing question being whether the ultrasound issue has hurt him.

Retreat or no on the ultrasound bill, there was clearly a backing away this week from another GOP-sponsored ant-abortion bill, a "personhood" amendment to the state's constitution that would have recognized conception as the point when a human fetus gains legal rights.

The state senate killed the bill by referring it committee.

Senate Republicans said they were persuaded to reverse direction by constitutional scholars and medical experts that the personhood legislation raised a host of troubling and complex questions.