Accessibility links
A 'New Low'? Romney Has Admitted Voting In Other Party's Primary : It's All Politics Mitt Romney complained that Rick Santorum was encouraging Democrats to influence the outcome of the GOP primary. But he has acknowledged doing that himself in Massachusetts.

A 'New Low'? Romney Has Admitted Voting In Other Party's Primary

A 'New Low'? Romney Has Admitted Voting In Other Party's Primary

In a final burst of campaigning in Michigan on Tuesday, embattled GOP front-runner Mitt Romney complained that rival Rick Santorum was making automated phone calls to Democrats and urging them to vote against Romney in the Republican race. (Although only declared Republicans can vote in the party primary, voters can change their affiliation to cast a ballot.) 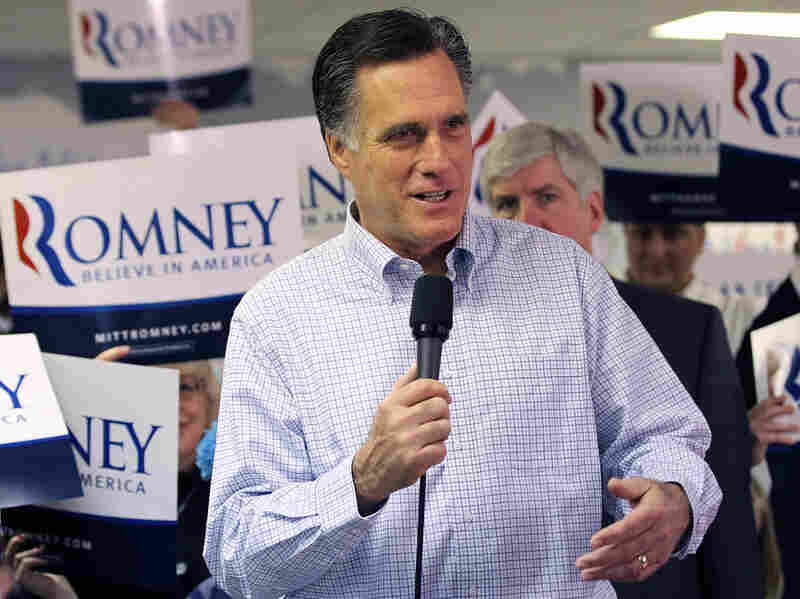 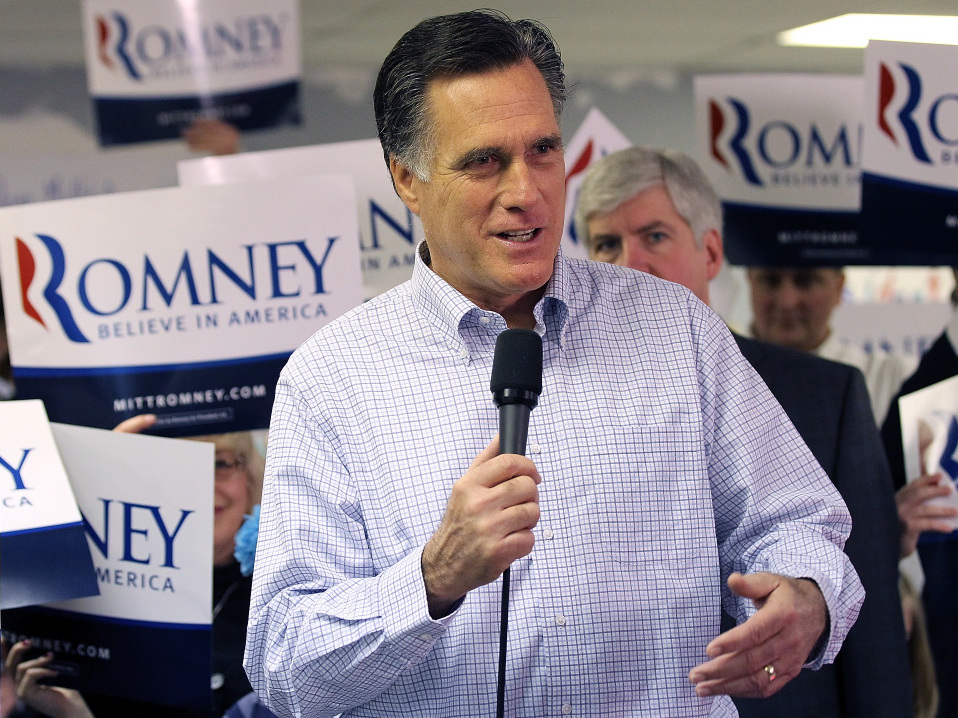 Following a visit to his Michigan campaign headquarters on Feb. 28, Mitt Romney told reporters that Republican voters should choose the party's nominee.

In an appearance on Fox News, Romney said the robo calls were "outrageous and disgusting — a terrible, dirty trick" and accused Santorum of "teaming up" with President Obama's campaign. "This is a new low for his campaign, and that's saying something," Romney said.

But Romney himself has acknowledged voting in the other party's primary to influence the outcome. During the Jan. 26 Republican debate, Newt Gingrich mentioned that Romney had voted for Paul Tsongas in a Democratic primary. Romney then elaborated:

ROMNEY: Just a — just a short clarification. I — I've never voted for a Democrat when there was a Republican on the ballot. And — and in my state of Massachusetts, you could register as an independent and go vote in which — either primary happens to be very interesting. And any chance I got to vote against Bill Clinton or Ted Kennedy, I took.

In a question-and-answer session Tuesday morning with reporters — his first such meeting with the media in several weeks — Romney reiterated his point that he wanted to get Republicans out to vote, not Democrats, who might choose the easiest person to run against.