Accessibility links
Friday Political Grab Bag: Obama To Israel, Iran - 'I Don't Bluff' : It's All Politics Obama told The Atlantic that he doesn't "bluff" as president of the U.S. when he says he's willing to use the military to stop Iran from gaining a nuclear weapon... Maryland became the eighth state to legalize gay marriage... Virginia approved a controversial anti-abortion bill requiring ultrasound which the governor says he will sign. 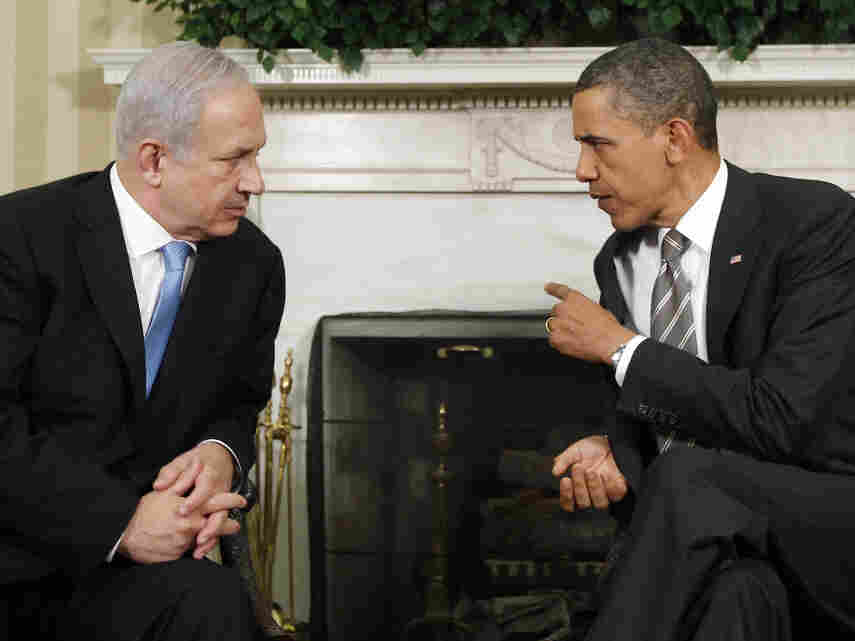 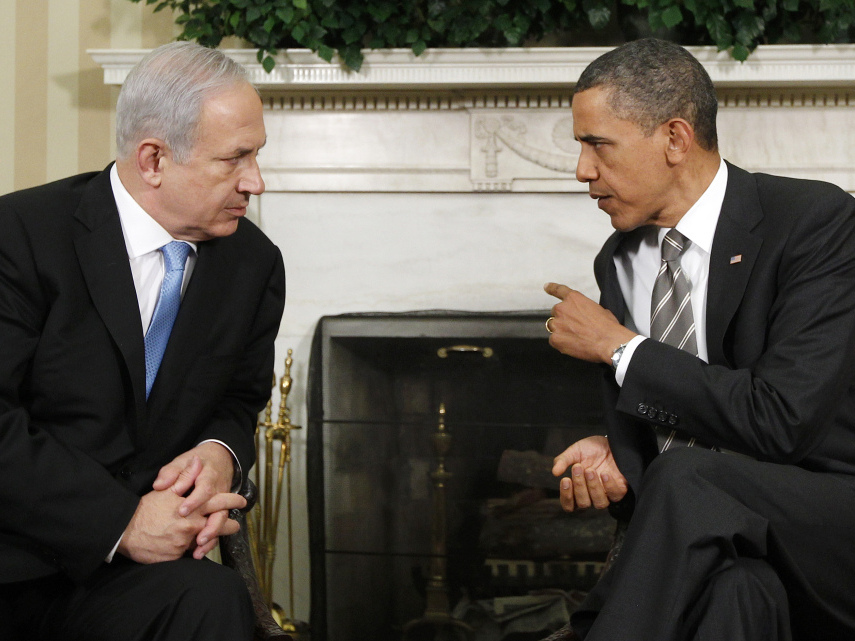 President Obama in the Oval Office with Israel's Prime Minister Benjamin Netanyahu, May 2011.

President Obama tells both Israel and Iran through an interview with The Atlantic that "as president of the United States, I don't bluff," when he leaves open the possibility of a U.S. military strike against Iran's nuclear program. Obama made the comments shortly before a scheduled meeting with Israeli Prime Minister Benjamin Netanyahu at the White House, during which he will stress there's no need for an Israeli attack on Iran, and an appearance before AIPAC, the pro-Israel lobby. It also occurs during an election year when the votes of Jewish Americans could be crucial in Florida and elsewhere.

Maryland Gov. Mark O'Malley signed gay-marriage legislation into law Thursday evening, making his state the eighth to do so.

Virginia's legislature approved a controversial bill mandating ultrasounds for most women seeking abortions in the state. The anti-abortion bill, which was watered down to allow women to get external ultrasounds instead of a more invasive procedure, now goes to Gov. Rob McDonnell who has said he would sign it.

Washington State normally gets ignored by presidential candidates during the primary season. But as NPR's Martin Kaste reported on Morning Edition, the all-out delegate chase for the Republican presidential nomination has caused the candidates to visit Washington in hopes that winning the non-binding straw poll could help them eventually add to their delegate counts.

Rick Santorum accused Michigan Republican officials of chicanery after they decided that instead of a tie in the delegates that would be awarded to Santorum and Mitt Romney after Romney's narrow primary victory there this week they would give Romney two more delegates than Santorum.

Ten years ago when he was running to be Massachusetts governor, a very different sounding Mitt Romney boasted of his Washington ties and ability to get taxpayers' dollars out of the nation's capital, according to video unearthed by ABC News.

Sen. Olympia Snowe explained in a Washington Post op-ed why she is exiting the U.S. Senate. "... Congress is becoming more like a parliamentary system — where everyone simply votes with their party and those in charge employ every possible tactic to block the other side. But that is not what America is all about, and it's not what the Founders intended."