Accessibility links
New Yorker Cover Puts New Twist On Old Romney Shaggy Dog Story : It's All Politics After the pummeling he's taken in recent weeks at the hands of Mitt Romney and the former Massachusetts governor's superpac allies, who could fault Rick Santorum if he felt like he was strapped to the top of vehicle for a 12-hour trip to Canada. 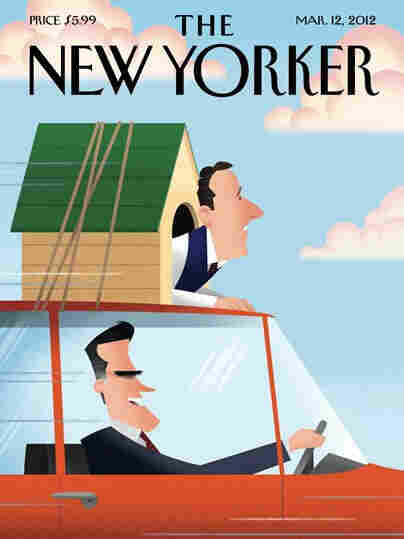 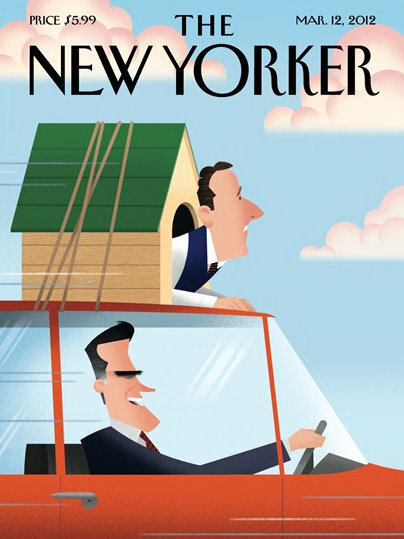 Robert Staake, the cover artist for the New Yorker's March 12 cover took a story that's an oldie but goodie — Mitt Romney strapping the kennel containing Seamus the family dog atop the family car during a vacation road trip — and gave it a new spin with Rick Santorum filling in for the dog.

And after the pummeling Romney and the former Massachusetts governor's superPAC allies have meted out to Santorum in recent weeks, who could fault the former U.S. senator if he was starting to feel buffeted and alarmed, presumably like Seamus the Irish setter back in 1993 during that by-now famous Romney family vacation?