Accessibility links
Five Things To Watch For In Tuesday's Alabama, Mississippi GOP Primaries : It's All Politics Voters and analysts alike will be watching the two states closely Tuesday to learn whether voters in the Deep South choose to go with the most electable candidate, which many say is Romney, or the most conservative, a label Santorum and Gingrich say properly fits them. 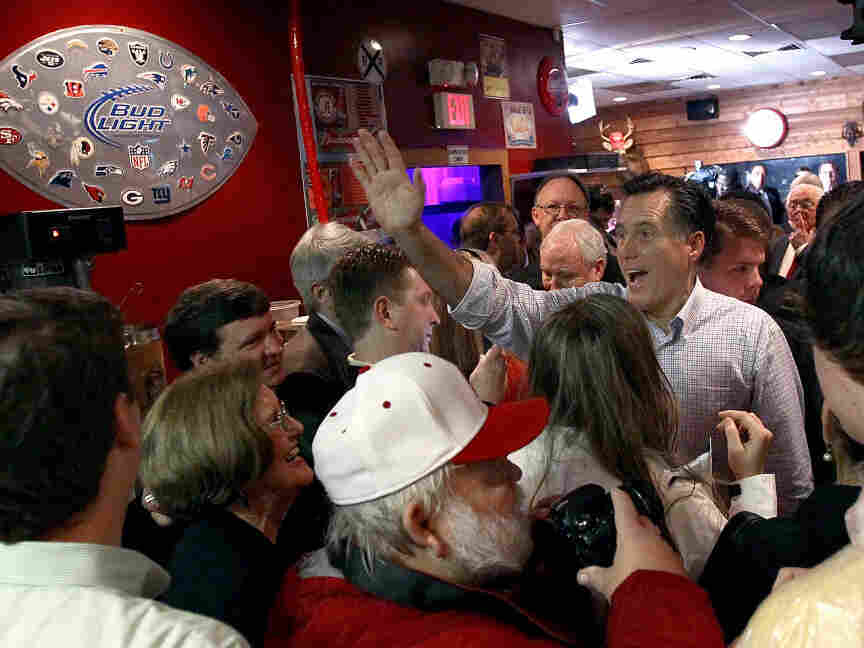 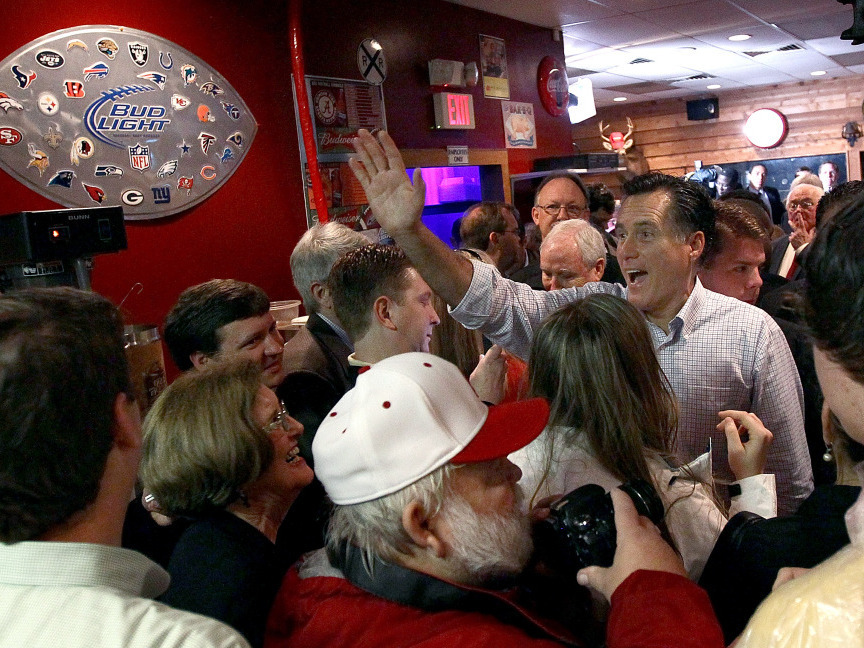 Alabama and Mississippi will play unaccustomed high-profile roles Tuesday as each candidate for the Republican presidential nomination looks to voters in those states to give his candidacy a boost — toward inevitability, if you're Mitt Romney, or just one more week if you're Rick Santorum or Newt Gingrich.

So voters and analysts alike will be watching the two states closely Tuesday to see whether Republicans there chose to go with the most electable candidate, who many say is Romney, or the most conservative, a label Santorum and Gingrich say fits them.

Given the stakes at play, here's what to look for as the results come in Tuesday.

Does Mitt Romney finally win a Southern state or two? — It's hard to think of a Northern Republican since, say, the first Union generals of the Civil War, who has had as little success in the South as Romney. OK, that's an exaggeration but it makes the point. He failed to win the first Southern state to vote in the primaries — South Carolina in January — and the three that followed. (OK, so we're not counting Florida as a real Southern state.)

But Romney is showing surprising, last-minute strength in Alabama and Mississippi, thanks to his organization and money. A win Tuesday in either of those states would end that string and allow Romney to boast that he can, indeed, win in the region that for more than a generation has been the Republican Party's crucial bastion.

What percentages do the candidates win? — Because the race for the Republican presidential nomination now boils down to a complicated delegate chase, it will be important to look at the percentages of the vote each candidate wins in each state and the congressional districts within the states.

If no candidate wins a majority of the statewide vote — which is likely, given it's a four-way race that also includes Rep. Ron Paul of Texas — the 26 at-large delegates, for instance, will be awarded proportionally based on the percentage of the statewide vote each candidate receives, so long as he gets at least 20 percent of the vote.

Similarly, if a candidate is able to garner more than half the votes in any of Alabama's seven congressional districts, he will get all three of that district's assigned delegates. And if no one gets a majority, the candidate with the most votes gets two district delegates while the runner-up gets one. Confused yet?

Does Newt Gingrich extend his victories in the South? -- Gingrich has said he must win in Alabama and Mississippi to remain viable. He eschewed campaigning in Kansas where caucuses were held over the weekend to spend his time instead in the two Deep South states with Tuesday primaries. If he wins one state outright and does well in the second, that would give him a stronger argument for continuing. Short of that, it will look like the end of the road for his campaign.

How big a factor was rising gas prices to voters? — Gingrich has recently made his stand in Dixie by vowing to get gas prices down to $2.50 a gallon amid rising prices at the pump that have hurt President Obama's approval ratings.

Gingrich has saturated the airwaves in Alabama and Mississippi with his gas-price message. Exit polls will likely ask voters about their concerns about the economy and gas prices, and their answers may provide clues about the effectiveness (or not) of Gingrich's strategy.