Accessibility links
Gingrich's SuperPAC Ally Tells How His Candidate Can Still Be Nominee : It's All Politics To hear Rick Tyler of the pro-Gingrich superPAC tell it, Gingrich is sitting in the catbird seat. All he needs to do is wait for the Republican National Convention in Tampa to roll around in August with none of the candidates having the 1,144 delegates required for the nomination.

Gingrich's SuperPAC Ally Tells How His Candidate Can Still Be Nominee

Gingrich's SuperPAC Ally Tells How His Candidate Can Still Be Nominee 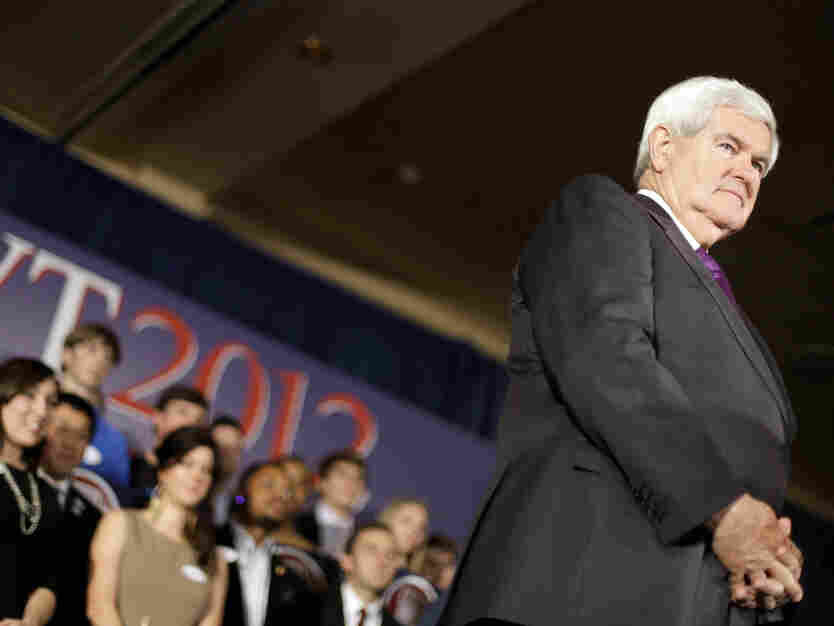 Newt Gingrich could still be his party's salvation, according to a former aide who advises a pro-Gingrich superPAC. David Goldman/AP hide caption 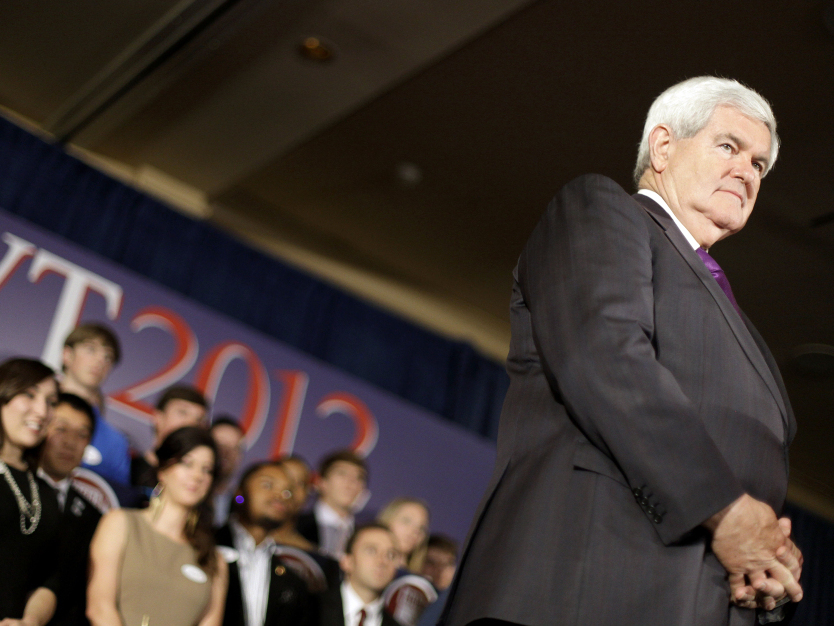 Newt Gingrich could still be his party's salvation, according to a former aide who advises a pro-Gingrich superPAC.

Time for a few unconventional thoughts:

Those were some of the points made by Rick Tyler, senior adviser to the pro-Gingrich Winning Our Future superPAC, during an interview by All Things Considered co-host Robert Siegel Wednesday.

This, of course, is the same Tyler who last week predicted that Gingrich would win the Alabama and Mississippi primaries Tuesday. The former House speaker came in second to Santorum in both states.

If Tyler was shaken by those results, it wasn't discernible, however. Tyler said:

To hear Tyler tell it, Gingrich is sitting in the catbird seat. All he needs to do is wait for the Republican National Convention in Tampa to roll around in August with none of the candidates having the 1,144 delegates required for the nomination.

At which point the former speaker will be able to offer himself to the convention delegates as the savior of his party.

"In many ways Newt is Lincoln in 1860, who went to his convention third. Newt will arrive, if I may propose this, he will arrive in Tampa on equal footing with the other candidates. That is, he will arrive with less than the required number of delegates to win the nomination.

"If that happens, my prediction is that Mitt Romney will lose the first ballot, and if he loses the first ballot he will be abandoned. And then Newt, I believe, would have better than a 50-50 chance of winning the nomination among the remaining three candidates.

"In brokered conventions — which we haven't had in my lifetime, in my recollection — all bets are off. Once the first ballot fails, all the delegates are released. And Newt will have a case to make. And I believe he will have a strong case to make."

When Robert asked Tyler if Gingrich was basically committed to being a one-man wrecking crew, hellbent on destroying Romney's chances of getting the nomination, Tyler essentially agreed.

"I think that Newt has tried to shape the modern Republican Party into a conservative governing majority. And I think we were on our way to doing that until he left. He built obviously on Ronald Reagan's shoulders. I don't think Newt, after working three decades to make the Republican Party a national party, which it wasn't before he showed up on the scene. And to turn that over to a Massachusetts moderate ... I think our party will have something else to say about that."

Meanwhile, the conventional wisdom might hold that Santorum would be better off if Gingrich dropped out of the race so the conservative vote would no longer be split and Santorum could face off directly against Romney.

"I don't think Rick Santorum has any ability to beat Mitt Romney in a one-on-one contest. I think he would get crushed by Mitt Romney. Mitt Romney is much more organized, has a lot more money.

"I don't think Rick has a compelling enough message, money or organization to beat Romney. It would be in Rick Santorum's interest to keep everybody in the race and to deny Mitt Romney as many delegates as possible."

All in all, nothing Tyler said indicated that Gingrich might be close to exiting the race. But a superPAC and a presidential campaign organization are only as good as the money they raise.

If Winning Our Future and Gingrich's campaign find whatever donors they have left ending their funding, getting to Tampa for Gingrich could become a much harder proposition.