Accessibility links
Wisconsin Recall Target Decides To Quit Instead : It's All Politics A Wisconsin recall election will go ahead as planned even though its target, one of four Republican state senators facing recalls, said Friday that she's resigning. 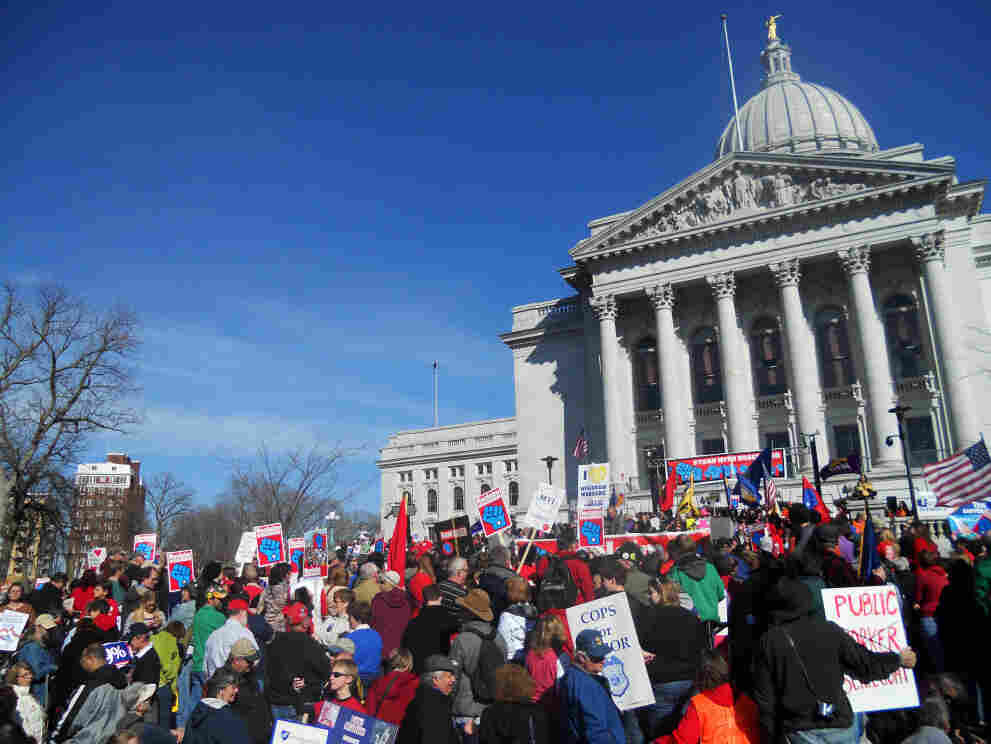 A Wisconsin GOP lawmaker facing a recall election called it quits Friday and said she hopes the state can get past scenes like this gathering of protesters in Madison on March 10, 2012. Barbara Rodriguez/AP hide caption 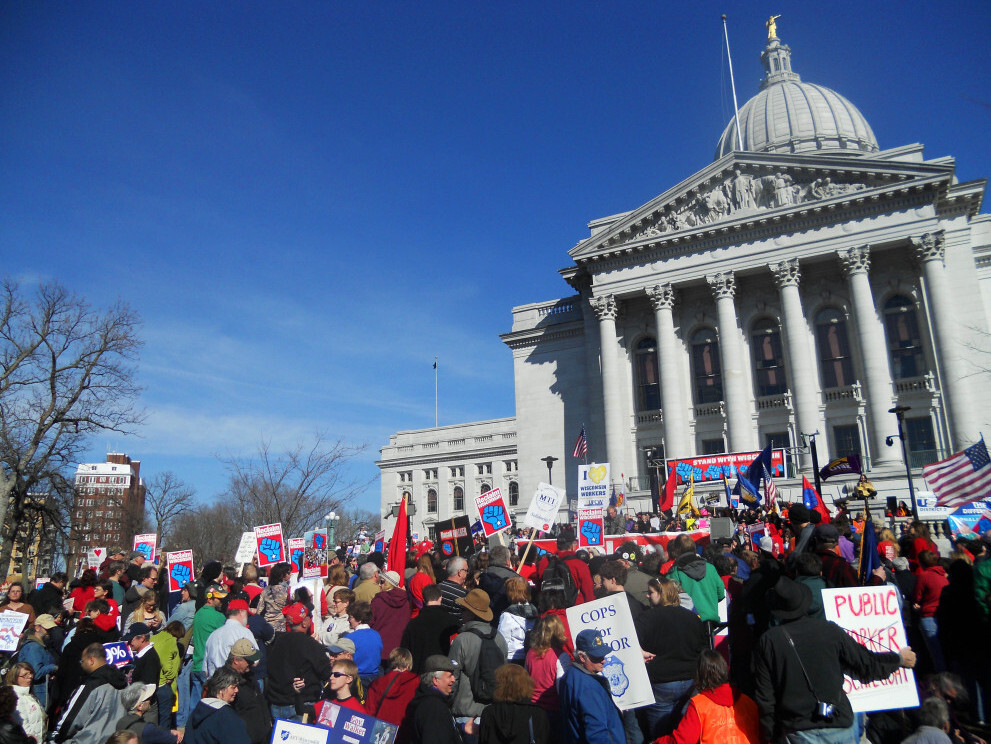 A Wisconsin GOP lawmaker facing a recall election called it quits Friday and said she hopes the state can get past scenes like this gathering of protesters in Madison on March 10, 2012.

What happens if the target of a recall election decides to call it quits before the actual election?

If it's Wisconsin, the recall election apparently happens anyway.

On Friday, one of four Republican state senators facing a recall election in the next several months, Pam Galloway, announced she was resigning. While the timing of her resignation would make any normally skeptical person wonder if this is a case of a you-can't-fire-me-I-quit exit, she cites family reasons. (Republican Gov. Scott Walker faces a recall vote, too.)

While her resignation doesn't change the fact that a recall election will take place, according to a state official quoted by the Milwaukee Journal Sentinel, it does create a Wisconsin senate that will be evenly split between Republicans and Democrats with both parties controlling 16 seats apiece. Once the recall election is held, one or the other party will have a one-seat majority.

For the time being, however, the top Republican and top Democrat will be the co-leaders of the chamber. That could prove interesting in a state where the bad blood between the two parties rivals the nation's capital and protests in the past year rocked the statehouse in Madison.

"For the sake of the electorate, I hope that better days are ahead for this institution," Galloway said in her resignation announcement. She clearly didn't plan on waiting around to see that happen, however.