Accessibility links
Romney's Support For Ryan Budget Has Democrats Crying Foul : It's All Politics The Republican presidential candidate has hammered President Obama's health care law for cutting $500 billion out of Medicare. He has also endorsed Rep. Paul Ryan's budget plan, which cuts the same amount out of the program. 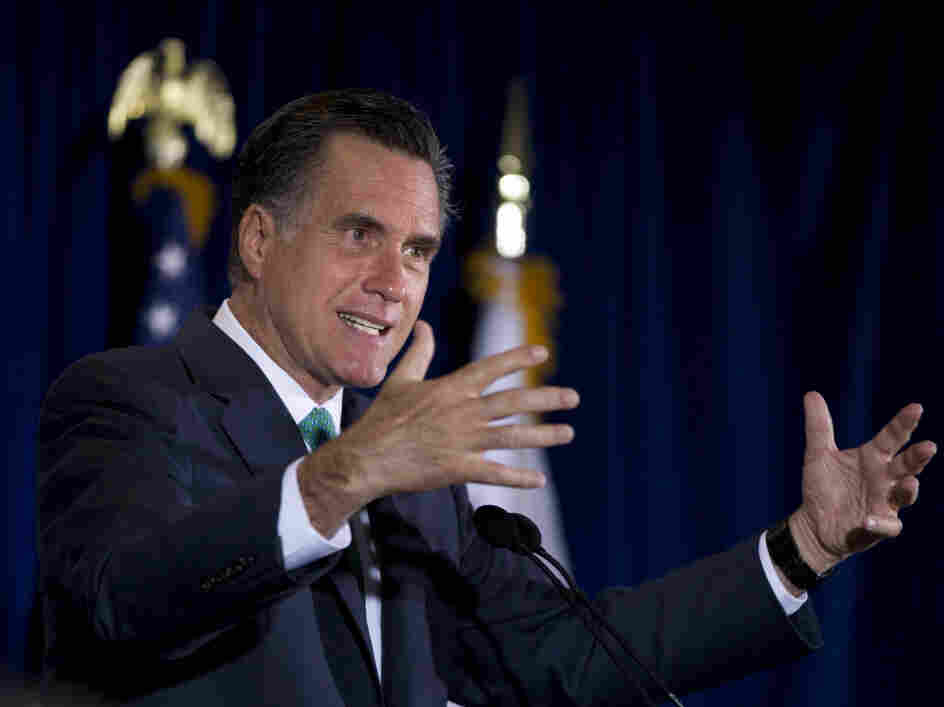 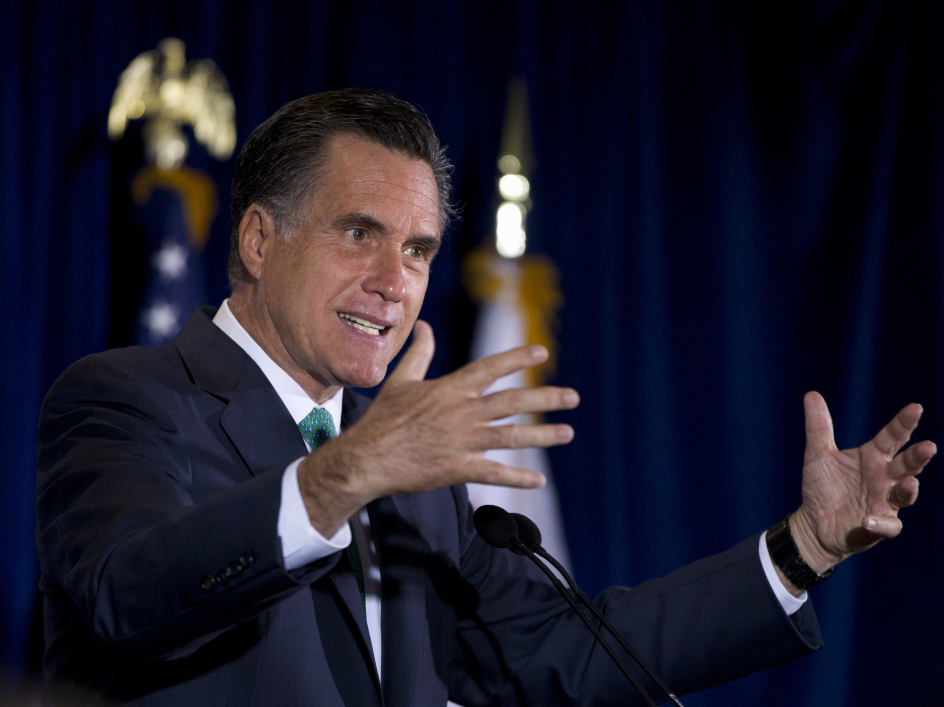 The U.S. House of Representatives is scheduled to vote Thursday on what's known as the Ryan budget, the spending plan from Budget Committee Chairman Paul Ryan, R-Wis., that among other things changes the structure of Medicare and rewrites the tax code. Presidential candidate Mitt Romney has endorsed the plan, but some are saying his rhetoric on the campaign trail may not match up with at least one reality of the Ryan budget.

Romney said he supported the Ryan budget the day it was unveiled.

"I applaud it," he said. "It's an excellent piece of work, and very much needed."

"Mitt Romney and the Republicans are trying to have it both ways," he says.

What they're trying to have, he says, is $500 billion in projected Medicare savings. Those savings are part of the Affordable Care Act, President Obama's health care law. They're achieved through slower payments to hospitals and a reduction in the overpayment of premiums to Medicare Advantage providers. Those savings are something Romney hits President Obama on day after day on the campaign trail.

But here's the rub: The Ryan budget assumes that very same $500 billion cut. Well, "cut" isn't the right word; "savings" is more accurate. The reality is that in real dollars, Medicare spending will keep rising — just not by as much.

"Their budget — the Romney-Ryan budget — takes all of those savings that they complained about," Van Hollen says.

Those savings are baked in to the Ryan budget.

"It's more of an accounting process that occurs," says Rep. Tom Price, R-Ga., also a member of the budget committee.

Compared to current law, including the changes in the Affordable Care Act, by 2050 the Republican budget would actually lower per-person spending in Medicare by about 35 percent, above and beyond what we already have in current law.

"We believe that money ought to stay in the program so that we — what we call — grandfather the grandfathers," Price says. "The program doesn't change for anybody in or near retirement."

In the future, the GOP budget would have seniors choose between traditional Medicare and private plans, and they'd get vouchers to help pay for their coverage. Democrats and advocates for seniors argue this would ultimately hurt Medicare, and cost seniors more out of pocket.

Jon Oberlander, a professor of health policy at the University of North Carolina, Chapel Hill, says based on estimates from the nonpartisan Congressional Budget Office, the reductions in government spending on Medicare would be significant.

"Compared to current law, including the changes in the Affordable Care Act, by 2050 the Republican budget would actually lower per-person spending in Medicare by about 35 percent, above and beyond what we already have in current law."

The Romney campaign did not get back to NPR with a comment, though the former Massachusetts governor previously praised the Ryan budget for addressing long-term Medicare costs.