Accessibility links
Supreme Court Limits Damage Payments To Whistle-Blowers : It's All Politics By a 5-3 majority, the court ruled that people who sue the government for invading their privacy can only recover out-of-pocket damages. And whistle-blowers' lawyers say that leaves victims who suffer emotional trouble and smeared reputations with few if any options. 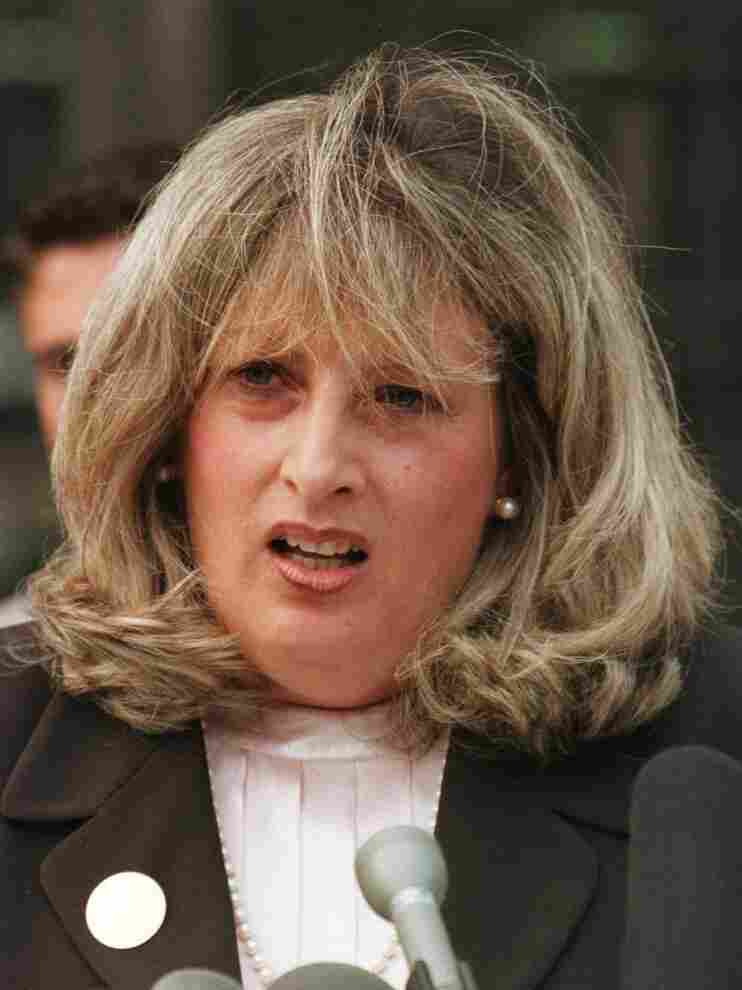 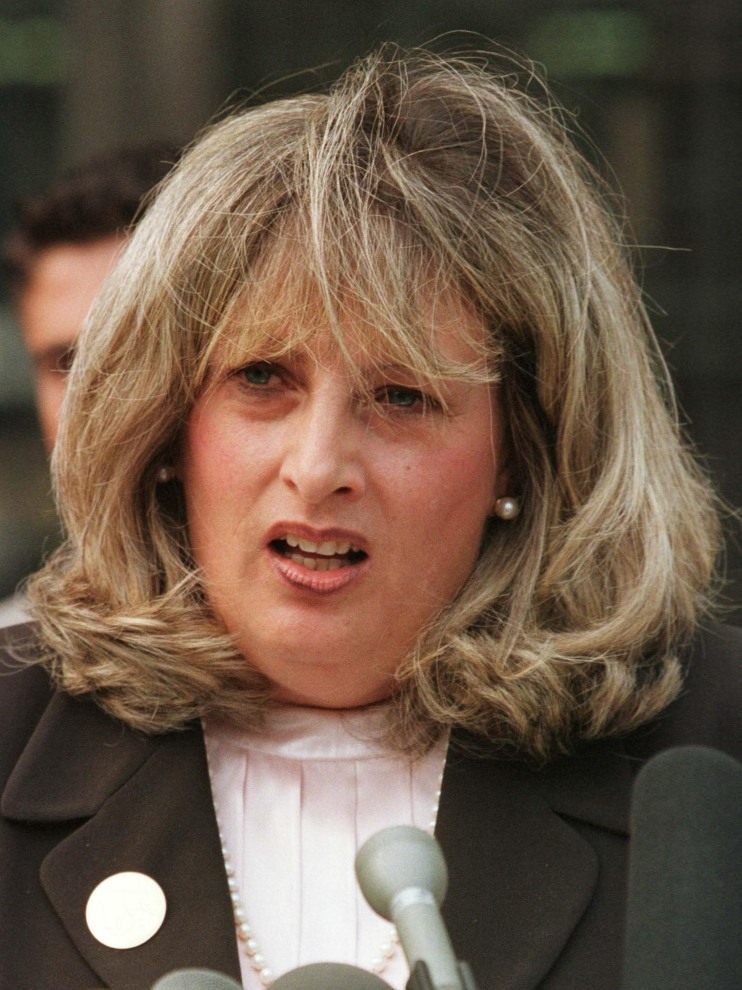 Under Wednesday's Supreme Court ruling, whistle-blowers like Linda Tripp (seen here in 1998) have few options in suing the government for damages.

The Supreme Court has dealt privacy advocates a huge setback. By a 5-3 majority, the court ruled that people who sue the government for invading their privacy can only recover out-of-pocket damages. And whistle-blower lawyers say that leaves victims who suffer emotional trouble and smeared reputations with few if any options.

Justice Samuel Alito and all four of his conservative colleagues turned back a challenge from a pilot named Stan Cooper. (Justice Elena Kagan did not participate in the case.)

Cooper said the Social Security Administration, which was sending him disability benefits, had improperly shared his HIV status with transportation officials.

In 1974, while the abuses of Watergate were fresh in people's minds, Congress made that kind of unauthorized information-sharing illegal under the Privacy Act. The law said the U.S. had to pay actual damages to victims.

That's absurd, according to the dissent by Justice Sonia Sotomayor. Sotomayor said that means people who suffer severe emotional distress can't get any money — but people with minor out-of-pocket expenses can.

"In the vast majority of cases where the government intentionally and willfully violates the Privacy Act, individuals could be left with no remedy at all," says Alan Butler of the Electronic Privacy Information Center.

At the National Whistleblowers Center in Washington, the result was greeted with a jeer.

"This decision is a severe setback to an important post-Watergate reform," says its general counsel, David Colapinto. "These are very very extreme cases that end up going to court under the Privacy Act. A lot of the plaintiffs are whistle-blowers, people who have suffered retaliation."

That includes people such as Frederic Whitehurst, the scientist who blew the whistle on sloppy practices at the FBI lab, only to watch as authorities leaked information from his medical and personnel files to discredit him. And Linda Tripp, who made headlines for recording girl talk with the intern who had an affair with President Clinton. The Pentagon leaked Tripp's security file to try to smear her.

Both Whitehurst and Tripp got financial settlements — but the new Supreme Court ruling slams the door shut for many others.

Unless, Butler says, "maybe if a plaintiff has to buy a bottle of Tylenol to cure a headache that's caused by a much greater mental anguish."

Legal experts say the Privacy Act has weak criminal sanctions. Now that most civil penalties are off the table too, the government could be even more brazen about targeting political enemies, Colapinto says.

"When we look at what is happening with government surveillance of citizens, this is just part of a disturbing trend where our courts and our government are throwing out restrictions on government abuse of power," he says. "J. Edgar Hoover would love this opinion."

Whistle-blower groups and privacy advocates are calling on Congress to modernize the Privacy Act, to account for new pervasive forms of government data collection. Now, they say they'll add an override of the Supreme Court decision to their wish list.