Accessibility links
RNC's 'Doctored' And Panned SCOTUS Ad Gets Noticed Which Was Goal : It's All Politics By the standards of marketing, especially political ads, the RNC's ad is a great success since it has generated so much free media, including blog posts like this.

RNC's 'Doctored' And Panned SCOTUS Ad Gets Noticed Which Was Goal

RNC's 'Doctored' And Panned SCOTUS Ad Gets Noticed Which Was Goal 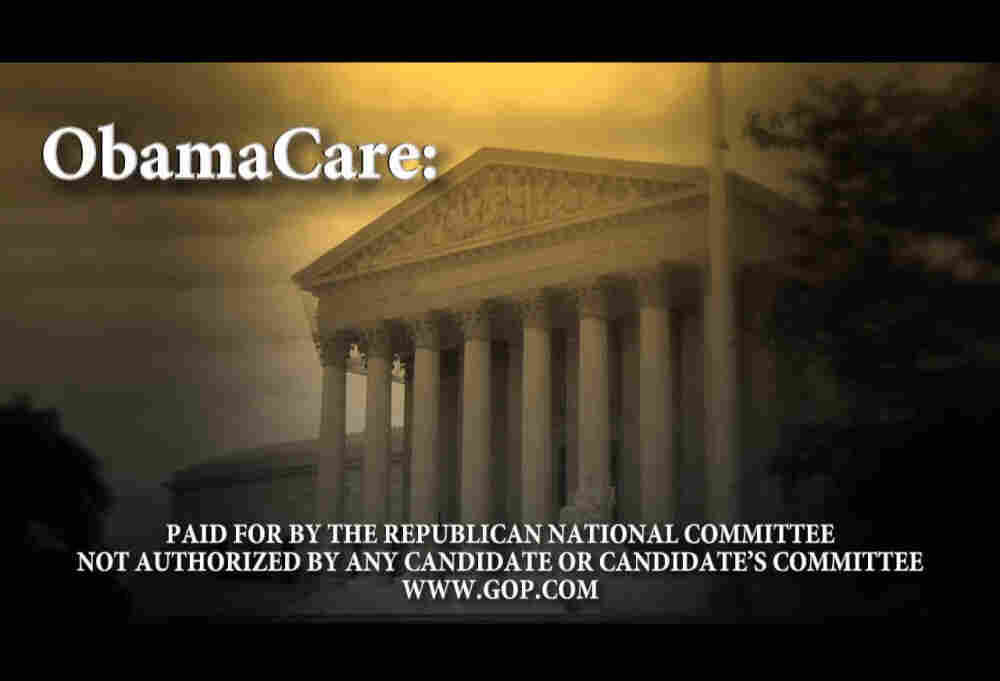 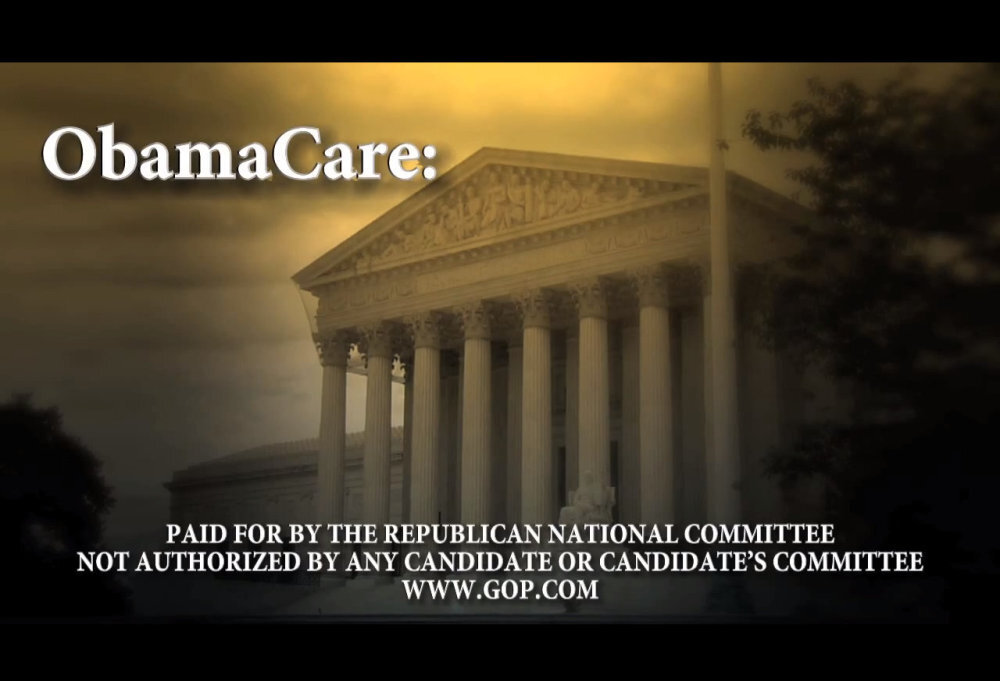 The Republican National Committee's anti-"Obamacare" ad which edited audio of this week's Supreme Court oral arguments to accentuate the pause taken by the Obama administration's lawyer as he began his defense of the law, continued to get significant attention Friday, much of it negative, two days after it first went up on YouTube.

Which means that by the standards of marketing, especially political ads, it's a great success since the ad has generated so much free media, including blog posts like this.

The ad has been criticized for doctoring the audio at the start of Solicitor General Donald Verilli Jr.'s argument at which he paused, took a sip of water and cleared his throat.

Verilli's hesitation was brief, just a few seconds. But the ad makes it appear that Verilli was completely at a loss by lengthening the pause and repeating the sound of the ice clinking in his glass and repeating Verilli saying "Excuse me" to the justices.

The ad ends with the text "ObamaCare: It's a tough sell." Bloomberg News' Julie Hirshfeld Davis and Greg Stohr offers one of the more comprehensive stories about the ad.

The ad had its defenders among YouTube commenters. Someone with the handle "miccontrols" wrote:

"go to heritage foundation dot or to hear the entire audio file. You will be surprised to hear this is not edited, and it is not the worst example of his incoherence."

But there were plenty of critics. "lokhtar" wrote:

"With this type of political doctoring, it's no wonder the Supreme Court won't allow cameras."

For what it's worth, some observers who were in the courtroom said Verilli's pause didn't appear as much a big deal to those watching him as it did to many who only had the audio to listen to.

On NPR member station WAMU's Dianne Rehm Show Thursday, Joan Biskupic, long-time Supreme Court watcher who covers the court for Reuters News, contrasted the styles of Paul Clement, the former Bush administration solicitor general who argued for the plaintiffs against the law, and Verilli. In doing so, she made the case that Verilli did better before the justices than many people give him credit for:

"Paul Clement's arguments were more broadly rhetorical, and he does have a smoother style. So for people listening in their offices or at home, it probably communicated better. The solicitor general's arguments were more rooted in law, and he had — he opened his argument with a little bit of a catch in his throat. And in the room, you saw what was happening. You knew that he had to take a sip of water.

"But I've heard from others who said, 'Oh, we wondered, you know, was he faltering? What was going on?' So I think he started out just stylistically in a much lower key than, of course, Paul Clement, who has a more polished presence. But Don Verrilli, the solicitor general, is also an extremely experienced practitioner at the lectern, and I think that his style just tends to be more low key. I do think he was effective in the room."

The ad's appearance within hours of Chief Justice John Roberts ending oral arguments by intoning: "The case is submitted" underscores just how much the high court's decision, when it's handed down in June, will likely be a flashpoint in the general election.

In a piece by NPR correspondent Ari Shapiro on All Things Considered Friday which looks at how the court will be dragged into the partisan politics of the current general-election year, Tom Daschle, the former Democratic senator and current lobbyist, can be heard saying:

"This will become the most politicized period involving the Supreme Court in over 80 years. There's no question they will become the focal point of politics on both sides of the aisle."