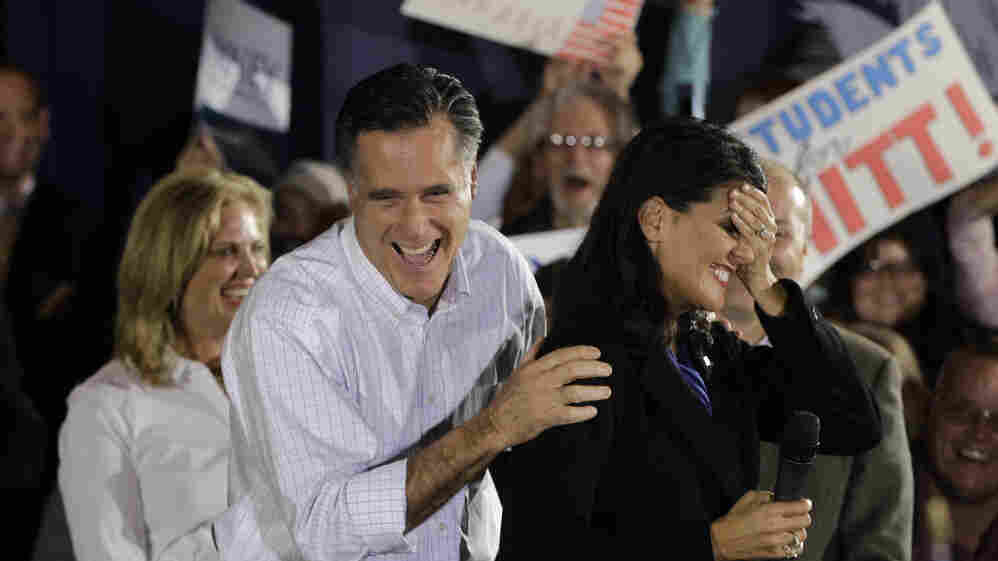 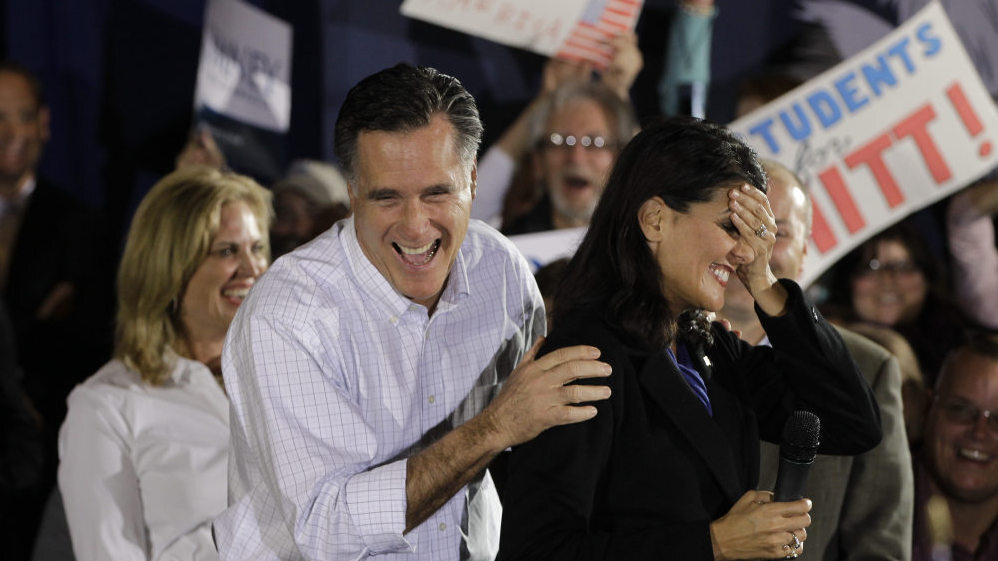 "The golden ticket that people need to see and see more of is Ann Romney," Haley told NPR's Steve Inskeep in an interview set to air on Friday's Morning Edition. Haley was responding to a question about polls that show strengthening support among women for President Obama.

"He's got to fight for this," she said. "Gov. Romney has to go out there and earn their support and vote, and show them who he is, and talk to them about real issues. And put the time and effort into talking to more women and Latinos and people who maybe don't associate with him."

Haley, who endorsed Romney early in the campaign, was at NPR headquarters in Washington, D.C., promoting her new book, Can't Is Not An Option: My American Story.

In her NPR interview, Haley discussed the challenges of becoming governor of a Southern state as the daughter of Indian immigrants.

"It doesn't ever go away," she said of questions about her background. "We had a white legislator that called me a raghead, and we had an African-American legislator that said I was just a conservative with a tan. You know, these things won't stop. But it's the fight that you do, it's how you get through it. It's what you prove in the end. And the best part is that the people of South Carolina overcame that."

Haley, who was raised in Sikhism and converted to the Methodist faith, also addressed a question about voters who might have reservations about Romney's Mormon religion.

"I think that we are at a point in our country where we're trying to decide what role should religion play in the political arena," she said. "We went through this with [President John F.] Kennedy" and his Catholicism. "We're watching this with Romney. I went through this myself. ... I don't think we should focus on what church that person walks into ... I think we need to focus on what they do when they walk out of church."

Check back Friday to hear the interview on Morning Edition.