Accessibility links
Romney Scores Key Endorsements From Anti-Abortion Groups : It's All Politics While running for Massachusetts governor, Mitt Romney vowed to "preserve and protect" abortion rights. On Thursday, the presumptive GOP presidential nominee won the endorsement of the nation's largest anti-abortion group, whose president said: "The pro-life movement is filled with converts." 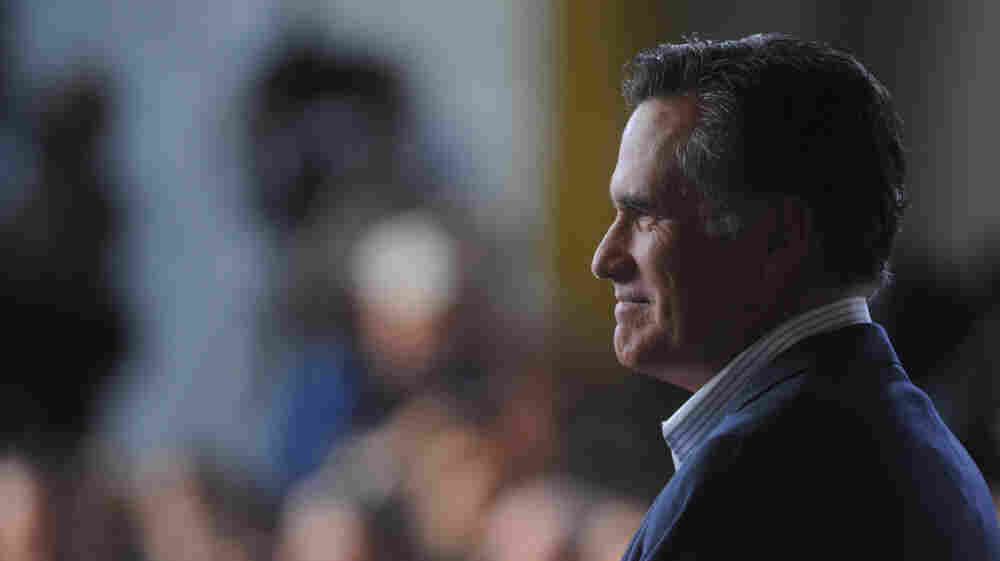 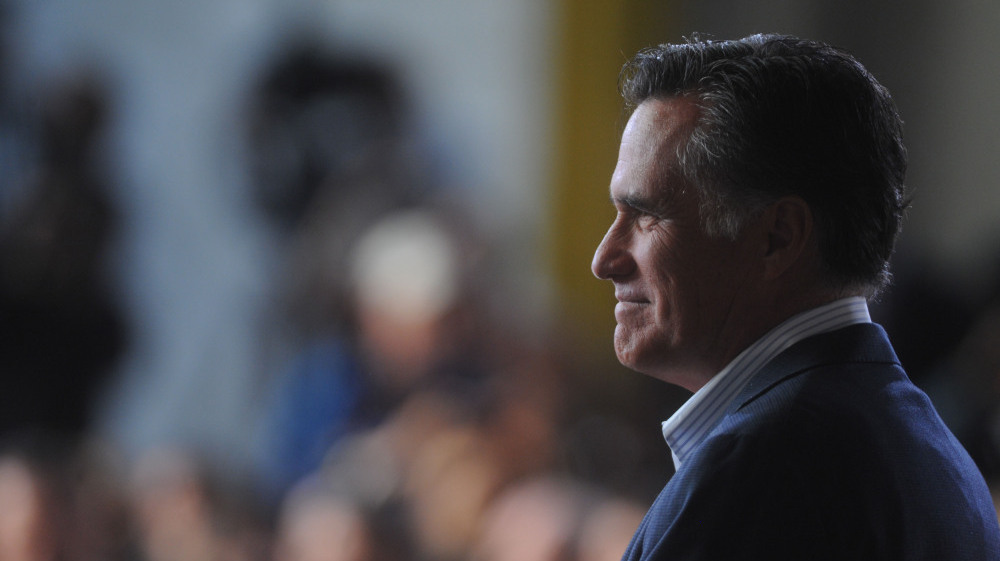 A decade ago, while running for Massachusetts governor, Mitt Romney vowed to "preserve and protect a woman's right to choose" abortion.

On Thursday, the presumptive Republican presidential nominee won the endorsement of both the oldest and largest anti-abortion group in the nation — the National Right to Life Committee — and one of the newer groups with a large wad of cash ready to spend on his behalf — the Susan B. Anthony List.

"The pro-life movement is filled with converts," she told reporters at a news conference. "We love people who have changed their position. Mitt Romney admits that he has done that and we are happy to be working with him."

The Susan B. Anthony list alone says it will spend "$10 to $12 million in Senate and presidential battleground states mobilizing pro-life voters to ensure victory."

Said Tobias: "We have absolutely no question — no doubt about his pro-life convictions — and we will be happy to support him as a pro-life president."

Why, then, did the group wait until after Romney's nomination was basically a foregone conclusion to make its endorsement?

Because, said Tobias, "every candidate who has run for the Republican nomination for president took a pro-life position and kept the life issues at the forefront of this race."

This year is markedly different from 2008, when National Right to Life got in early — too early, perhaps. It endorsed former Sen. Fred Thompson of Tennessee, whose campaign fizzled fast.

"In 2008, there was a pro-abortion candidate in the GOP primary," Tobias said, referring to former New York Mayor Rudolph Giuliani. "And we wanted to make sure that he did not get the nomination. So we wanted to select a pro-life candidate to support" from the start.

What is clear this time is that the group's top priority is less the election of Romney than the defeat of President Obama. Indeed, much of the news conference consisted not of singing Romney's praises but of chronicling Obama's positions.

"On his second day in office, Jan. 22, 2009, President Obama issued a statement reaffirming his commitment to defend Roe v. Wade, which gave us abortion on demand," said Tobias.

Then, she said, there's his position on stem-cell research.

And it's not just abortion. Raimundo Rojas, the group's director of Hispanic outreach, emphasized the group's long-standing position that the 2010 national health law could lead to the rationing of health care. He aimed his comments squarely at Hispanic immigrants, a key voting bloc.

"What they don't understand is why is it in this country their daughter is being denied treatment by a junta of bureaucrats," he said, after delivering much of his statement in Spanish. "And that's the looming tragic reality" of President Obama's health care law.

The Romney endorsements did not go unnoticed by the leading abortion-rights groups, who have long since written him off as a potential ally.

"So much for the idea that Romney will try to move to the middle in the general election," said Nancy Keenan of NARAL Pro-Choice America, in a statement about the Susan B. Anthony List endorsement. "One of the major groups behind the War on Women is now rewarding Romney for supporting policies that would undermine women's freedom and privacy at every turn."

The advocacy arm of Planned Parenthood, for its part, released a video suggesting that when it comes to women's health, Romney's positions are the same as Santorum's.