Accessibility links
Obama Campaign Ad On Bin Laden Hunt: What Would Romney Do? : It's All Politics A new Obama campaign ad features former President Bill Clinton praising Obama for giving the risky order for Navy SEALS to kill Osama bin Laden, a decision that could have had disastrous political results if it had failed. The ad essentially asks what would Mitt Romney have done and highlights 2007 statements that make it sound like bin Laden would have been a low priority for him.

Obama Campaign Ad On Bin Laden Hunt: What Would Romney Do?

Obama Campaign Ad On Bin Laden Hunt: What Would Romney Do? 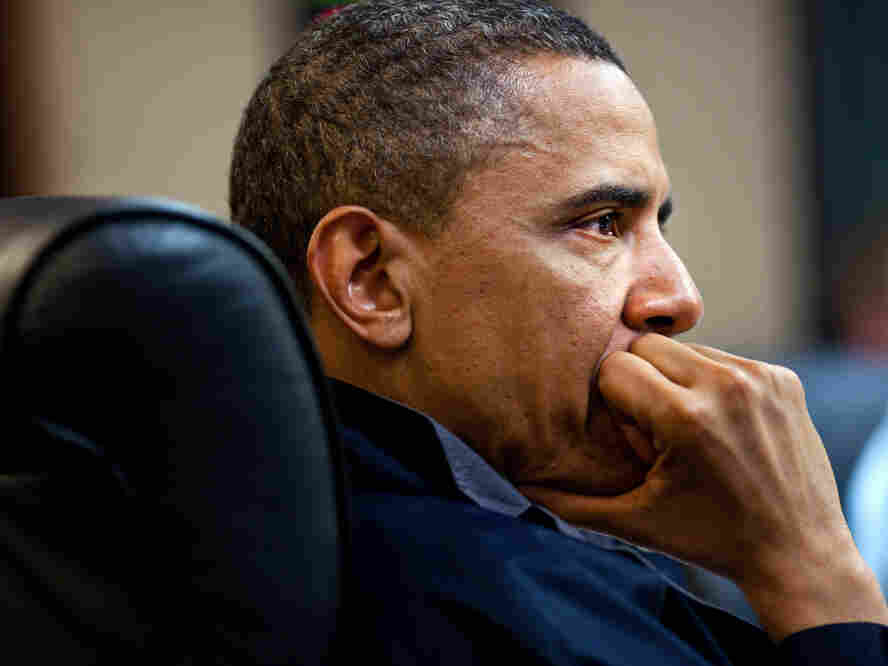 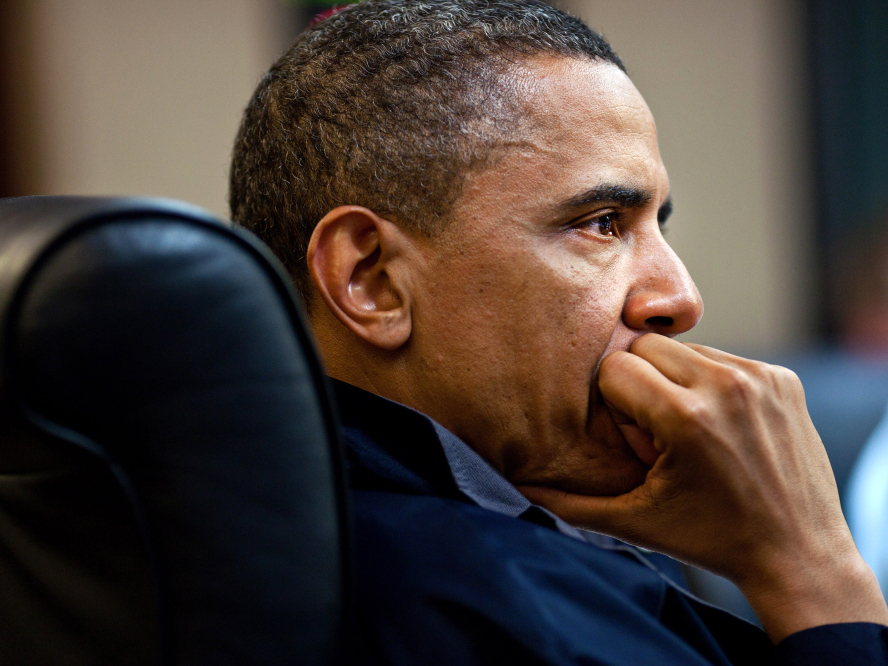 In their latest effort to portray President Obama as a gutsy risk taker, as illustrated by his decision to send Navy SEALS into action to kill Osama bin Laden, his re-election campaign team has released a new ad just in time for the May 1 anniversary of the terrorist leader's death.

Then it seeks to answer the question by highlighting Romney's criticism in 2007 of candidate Obama's vow to attack al Qaida targets in Pakistan and a Romney quote from the same year: "It's not worth moving heaven and earth spending billions of dollars just trying to catch one person."

"Look, he knew what would happen. Suppose the Navy SEALs had gone in there and it hadn't been bin Laden? Suppose they had been captured or killed? The downside would have been horrible. But he reasoned. 'I cannot in good conscience do nothing.' He took the harder, more honorable path and the one that produced, in my opinion, the more honorable and best result."

The Romney campaign dismissed the ad as a "sad" distraction:

Desperate to tout anything they can, the Obama campaign has turned to bin Laden. The killing of Osama bin Laden was a momentous day for all Americans and the world, and Governor Romney congratulated the military, our intelligence agencies, and the President. It's now sad to see the Obama campaign seek to use an event that unified our country to once again divide us, in order to try to distract voters' attention from the failures of his administration. With 23 million Americans struggling for work, our national debt soaring, and household budgets being squeezed like never before, Mitt Romney is focused on strengthening America at home and abroad.

The ad has some ironies. For instance, former president Clinton himself was accused by conservatives at one point of not doing enough to get bin Laden and famously pushed back against that charge in a Fox News interview with Chris Wallace.

Furthermore, Romney wasn't the only one to criticize candidate Obama for his 2007-2008 stance that he would attack al Qaeda targets in Pakistan with or without the approval of Pakistan's government.

Secretary of State Hillary Clinton also criticized Obama when she was vying against Obama for the Democratic presidential nomination.