Accessibility links
The Funniest Presidents In History? : It's All Politics In the aftermath of President Obama's teleprompted humor routine at the annual White House Correspondents Association dinner, the question came up: Who were the funniest presidents in history? Ironically, those who governed through some of the nation's most difficult times made one author's list.

The Funniest Presidents In History?

The Funniest Presidents In History? 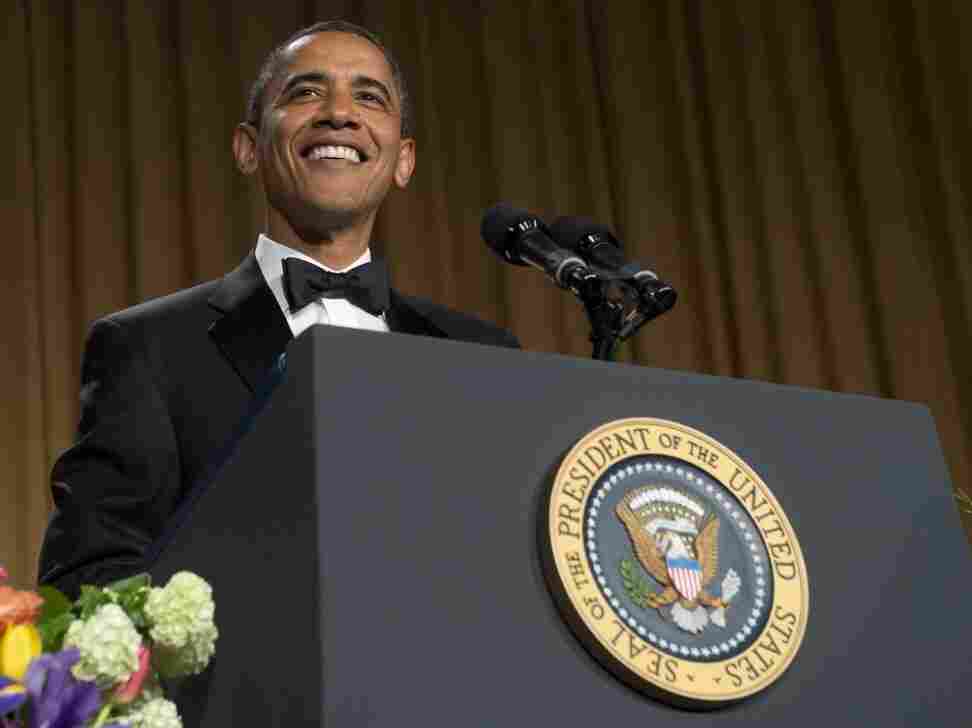 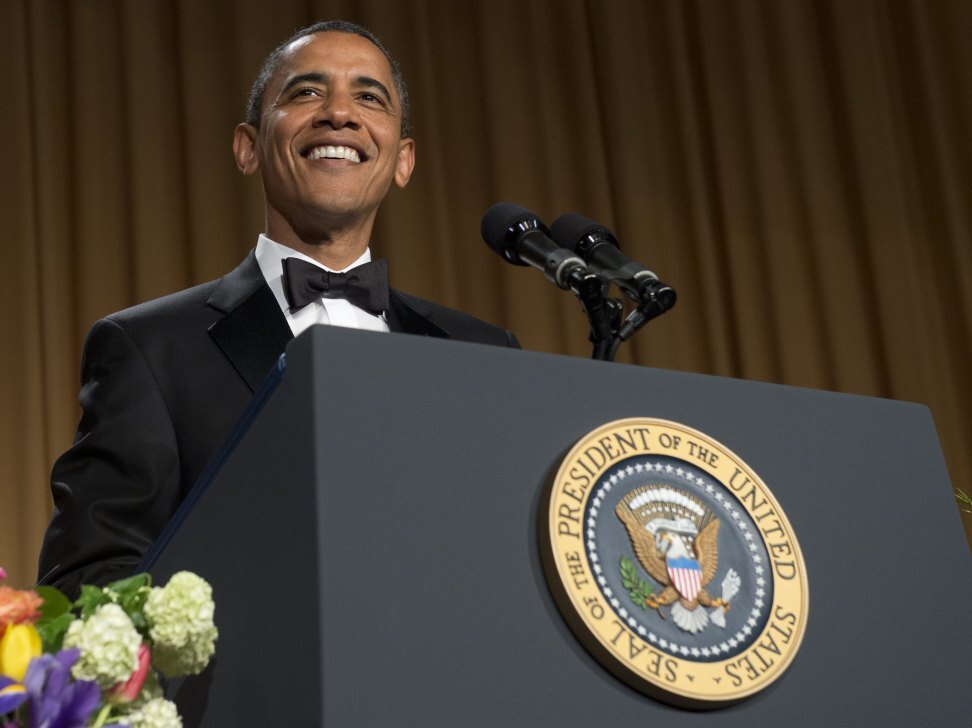 We open with a joke: What do you call a graying politician who moonlights as a comedian?

In the aftermath of President Obama's teleprompted routine at the 2012 White House Correspondents Association dinner Saturday night, observers have been weighing in on his performance.

Some didn't think he was all that funny. On his radio show Monday, Rush Limbaugh criticized Obama for telling "dog-eating jokes."

Others thought the president was hilarious.

Obama "is the best I have seen," news show host Lawrence O'Donnell said Monday night on MSNBC. "And he has had some very good competition." O'Donnell went on to praise the comedic deliveries of former Presidents Bill Clinton and George W. Bush.

Before the event, Jimmy Kimmel, who emceed the dinner, told C-Span that Obama "could probably be a comedian himself if he wanted to."

It is emblematic of our confusing time that our policymakers could be comedians and our comedians could be — and, in Minnesota Sen. Al Franken's case, are — policymakers.

But the question comes up: Is Barack Obama among the funniest presidents ever?

Larry Jacobs, a professor at the University of Minnesota's Humphrey School of Public Affairs, doesn't think so. "Obama is famously humorless," he says. And when it comes to making a list of the funniest presidents in history, Jacobs says, "we have to discount the scripted comments."

The White House Correspondents dinner, he says, "is now farmed out" to professional comedy writers.

So who are the funniest presidents in history?

Several years ago, former Sen. Bob Dole, R-Kan., — author of Great Presidential Wit (I Wish I Was in the Book) -- named four of the funniest former presidents who were in "a class by themselves." Here is the list and anecdotes from Dole's book.

Writing in Yankee magazine in 1987, James Dodson nominated Calvin Coolidge as "the funniest chief executive we've ever had." As evidence, he put forth several Coolidge stories, including this one: When Coolidge decided not to run for re-election in 1928, a reporter asked him, "Why don't you want to be president anymore?" The president replied: "Because there's no chance for advancement."

When Larry Jacobs is asked to name the funniest presidents, he thinks about it for a while. Sticking to recent leaders, he places Jimmy Carter in the "unintentional humor" category. Carter's "freakout" over the "killer bunny" that attacked his canoe "is classic," Jacobs says.

George W. Bush "sported a bit of the juvenile tendency" in his sense of humor, Jacobs says.

So Jacobs points to Reagan as the funniest president. The California actor — who once starred in a movie with a chimpanzee — "had a store of jokes from his days on the dinner circuit," Jacobs says.

Popular enough to be elected to two terms, Reagan also falls into that aforementioned category of comedians who, with a few advisers and a lot of votes, could be policymakers.