Accessibility links
Romney Praises Bill Clinton As New Democrat, Bashes Obama As Old One : It's All Politics In a speech in Lansing, Mich. in which he talked up his approach to the economy while disparaging President Obama's, Mitt Romney gave Bill Clinton a surprising rhetorical embrace considering the thought of the 42nd president still causes many Republicans' blood pressure to rise. 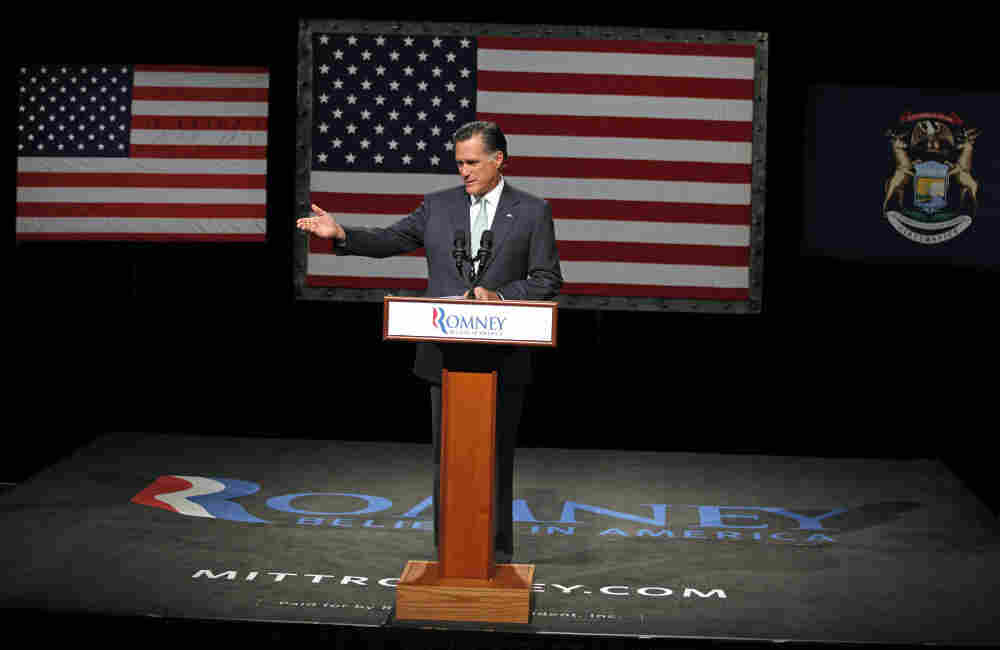 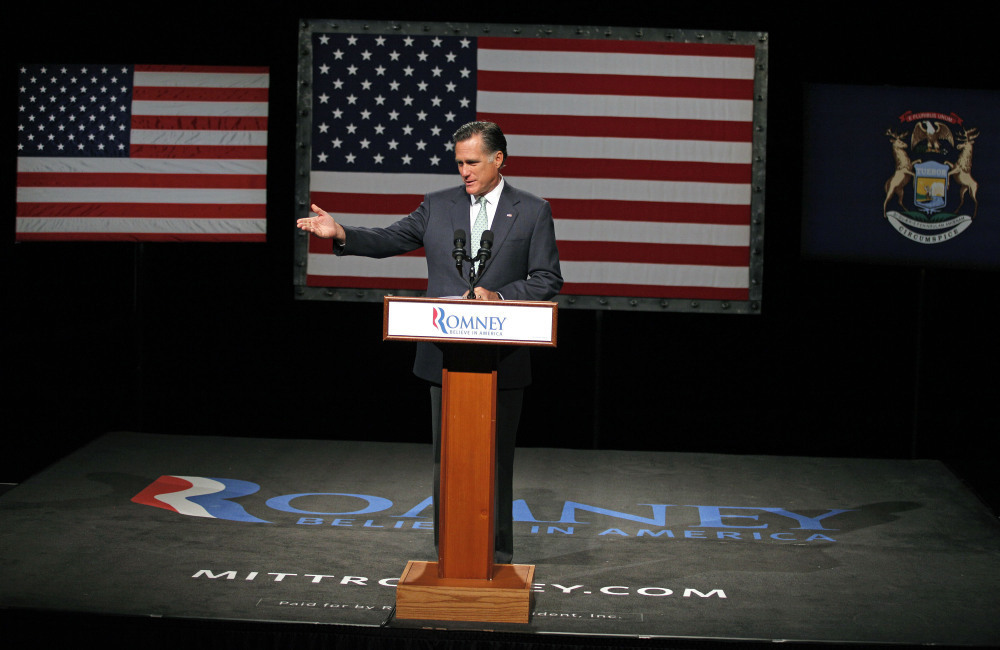 Mitt Romney praised Bill Clinton as an enlightened centrist Democrat for reforming welfare and other polices and attacked President Obama as a big-government liberal.

As if further proof were needed that the Republican primaries are essentially dead and buried, here's another piece of firm evidence: Mitt Romney praised former President Bill Clinton in a speech in Michigan Tuesday, and not once but twice.

In a speech in Lansing in which he talked up his approach to the economy while disparaging President Obama's, the former Massachusetts governor embraced the 42nd president who was, and remains, for many a Republican the quintessential bad boy of American politics.

"President Obama chose to apply liberal ideas of the past to a 21st century America. Liberal policies didn't work then, they haven't worked over the last four years, and they won't work in the future. New Democrats had abandoned those policies, but President Obama resurrected them, with predictable results.

"President Clinton said the era of big government was over. President Obama brought it back with a vengeance. Government at all levels now constitutes 38% of the economy, and if Obamacare is installed, it will reach almost 50%.

"President Clinton made efforts to reform welfare as we knew it. President Obama is trying tirelessly to expand the welfare state to all Americans, with promises of more programs, more benefits, and more spending."

Old-school liberals saw a problem and thought a government-run program was the answer. Obamacare is the fulfillment of their dreams.

Speaking approvingly of the former two-term Democratic president who House Republicans impeached in 1998 certainly isn't something that would have gone over well with many Republican primary voters only a few months ago.

But Romney's campaign seemed to think it there was enough to gain by embracing the ex-president for his centrist new Democrat policies of the 1990s to run the risk of alienating some Republicans. It was one of the most striking examples yet of Romney's pivot from primary to general-election mode.

He used Clinton to make a contrast with Obama, painting Clinton as an enlightened Democrat compared with Obama who he portrayed, for all intents and purposes, as the second coming of New Deal liberalism.

Of course, Michigan is also the land of the Reagan Democrats, conservative, blue-collar voters, many of whom now identify as the independents both parties hotly compete for.

The Obama campaign has already deployed Clinton in a controversial ad that questioned whether Romney would have ordered the special forces mission that led to the killing of Osama bin Laden.

Tuesday was Romney's attempt to co-opt the Clinton in the former Massachusetts governor's campaign against Obama. It would be safe to expect the Big Dog, aka Clinton, to weigh in on this usage of his presidency by Romney before too long.