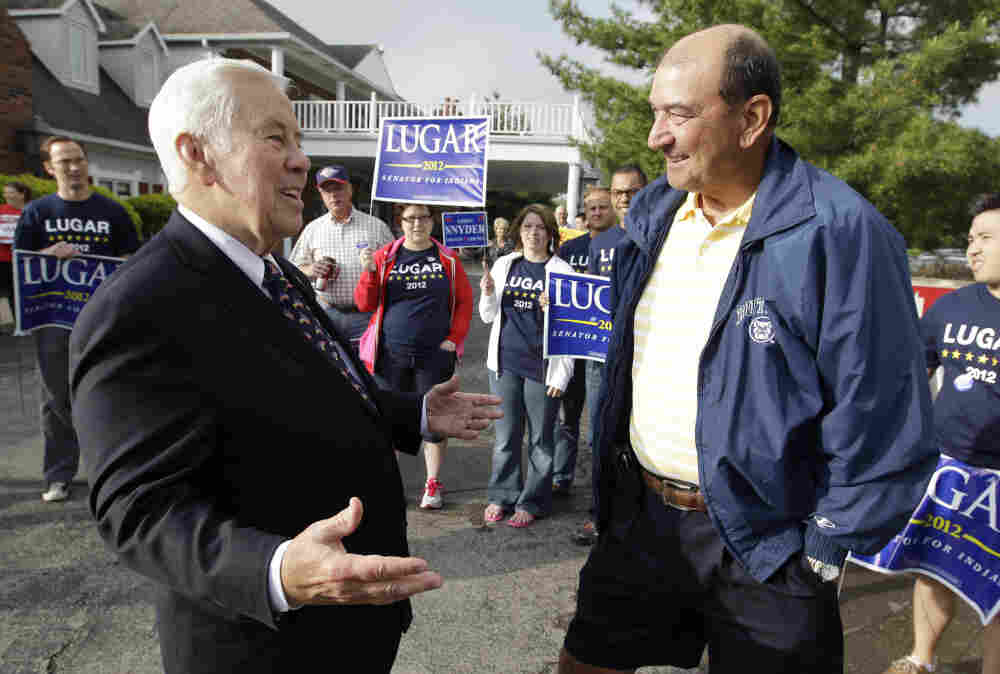 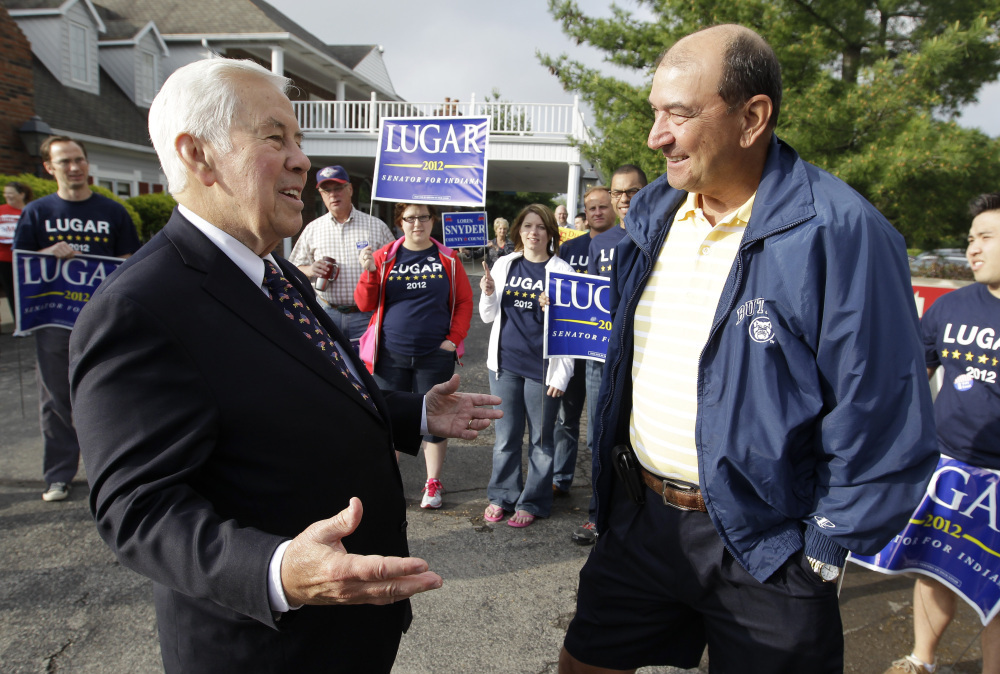 The nearly four-decade career of Indiana Sen. Dick Lugar has come to an end. The Republican elder statesman, well known as an internationalist and as a moderate willing to reach across the aisle, lost his primary battle to state Treasurer Richard Mourdock, a conservative upstart backed by the Tea Party.

"My public service is not concluded," Lugar said during his concession speech, according to Reuters. "I look forward to what can be achieved in the Senate in the next eight months despite a very difficult national election atmosphere."

Lugar becomes the latest incumbent to lose a re-election to a Tea Party candidate. The Washington Post reports that in 2010, Sen. Lisa Murkowski, from Alaska, and Sen. Robert Bennett, from Utah, also lost their primaries. That same year, voters also spurned GOP establishment favorites for Tea Party candidates in Colorado, Delaware and Nevada.

"Richard Mourdock's victory truly sends a message to the liberals in the Republican Party: voters are rejecting the policies that led to record debt and diminished economic freedom, and they will continue to be rejected in elections throughout America," Chris Chocola, president of the Club for Growth, which infused the Mourdock campaign with cash, told the Post.

The Tea Party Express, a political action committee, said it went after the longtime senator because he had "lost his conservative edge." Lugar's defeat, the organization said, is just the latest sign that the Tea Party movement is still going strong.

To begin his victory speech, Mourdock asked his crowd for an applause for Lugar, whom he described as "a great public servant" and "a man who deserves the respect of all of you."

Mourdock said that this race wasn't about animosity and Lugar wasn't his "enemy."

In a statement, President Obama praised Lugar's willingness to "reach across the aisle and get things done." The president went on:

"My administration's efforts to secure the world's most dangerous weapons has been based on the work that Senator Lugar began, as well as the bipartisan cooperation we forged during my first overseas trip as Senator to Russia, Ukraine and Azerbaijan. ... He has served his constituents and his country well, and I wish him all the best in his future endeavors."

The Tea Part Express, which bills itself as the largest Tea-Party-affiliated political action committee, says this race proves the movement is still going strong. Here's a snippet of the statement they've just sent out to reporters:

"In 2009 and 2010 the media bought into the false liberal narrative that the Tea Party was a fringe movement that would have no influence in the midterm elections. The reality was a truly historic conservativ victory across the country in 2010. We saw more Republican state legislators elected since 1928 and more Republican congressional candidates elected since 1948. Since then the narrative has been the Tea Party is dead – well, what we saw tonight is undeniable evidence to the contrary."

The Indianapolis Star says that Lugar's image as a "figure from the past" ultimately led to a major defeat. Mourdock, the paper adds, took full advantage of that image pounding the message that it was time for a change.

"Voters cited his age, 80; his Virginia address where he'd lived since 1977; his votes for President Obama's Supreme Court nominees and his support for keeping earmarks in the hands of the legislative branch rather than surrender that power to the White House. And party insiders noted that Lugar had been a distant figure, not bothering to come to party events in Indiana until this year, when it was too late to kindle the relationships that could help him win."

The AP follows suit, making the call in favor of Mourdock. Here's a bit of the wire service's first write through:

"Tea party-backed state Treasurer Richard Mourdock won the Republican nomination Tuesday. He spent much of the campaign portraying Lugar as too moderate for the conservative state.

NBC News is the first to call the race, projecting that Lugar has lost his primary. On CNN earlier, Lugar, 80, ruled out a run as an independent, so if the NBC projection holds true, it means Lugar's 36-year Senate career might come to an end.

With 33 percent of the vote counted, Lugar is trailing Mourdock by 20 points.

The polls are closed and we've begun to receive vote tallies. With 1 percent of the vote counted, Mourdock leads Lugar 57 percent to 43 percent.

We have real time results here.

If you're looking for a quick debrief of what's at stake, Liz posted one earlier. She wrote in part:

"Mourdock, a Tea Party favorite, has benefited from an infusion of money from the Club for Growth, and from Lugar's haphazard campaign that not only failed to quell critics who derided him for not maintaining a home in Indiana since 1977, but also undermined his well-earned reputation as a steady, statesmanlike force."

Indiana is an open primary. That could prove key if Lugar attracts enough Democrats to vote for him. It's exactly what he was counting on today, when he said this to the Indianapolis Star:

"My message has been very clear. And that is I hope that every person in Indiana who's a registered voter will vote today in the Republican primary because I believe that if all the voters of Indiana vote, I will win. I believe we have a large majority of the people supporting us in this state."

In an interview with CNN, Lugar defended his record and reiterated that he has consistently been a conservative.

"The public as a whole may be unhappy with one party or the other, but they're very unhappy with the Congress as a whole for their inability to make decisions," Lugar told CNN. "I'm a person who makes sure we do get on with it, that there is progress, and with personal vigor I argue with people.

"I try to persuade people, I try to get votes on issues, and I hope to continue to do that," he said.