Accessibility links
In Mass. Senate Race, Warren On The Defensive Over Native American Heritage : It's All Politics Democrat Elizabeth Warren says that when she was growing up in Oklahoma, her family always told her that she's part Cherokee. A genealogist has found a record indicating Warren is 1/32 Native American. Some critics are insinuating she may have used her heritage to advance her career. 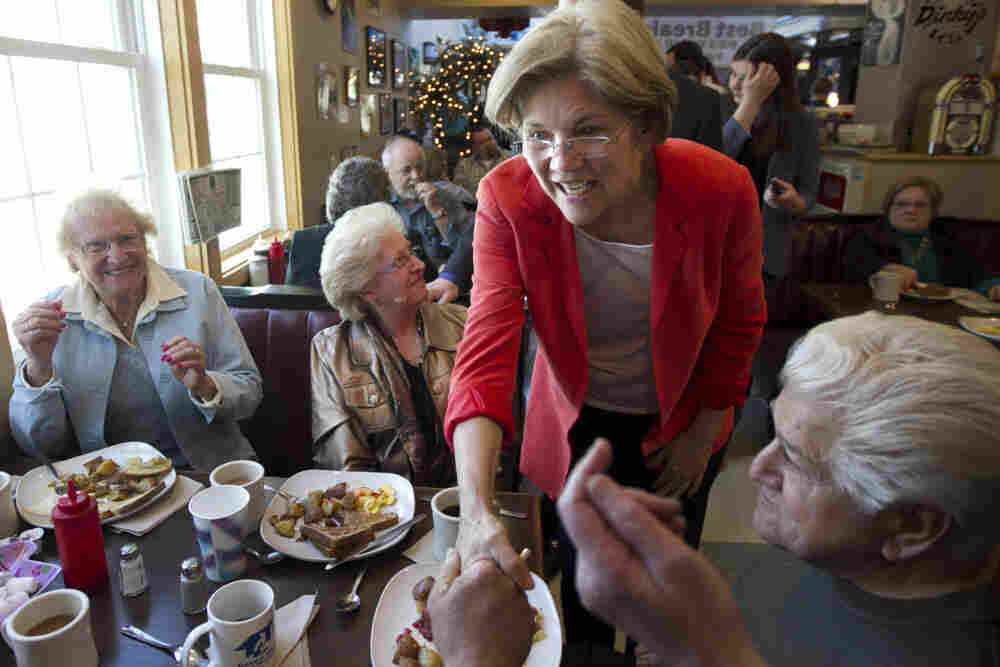 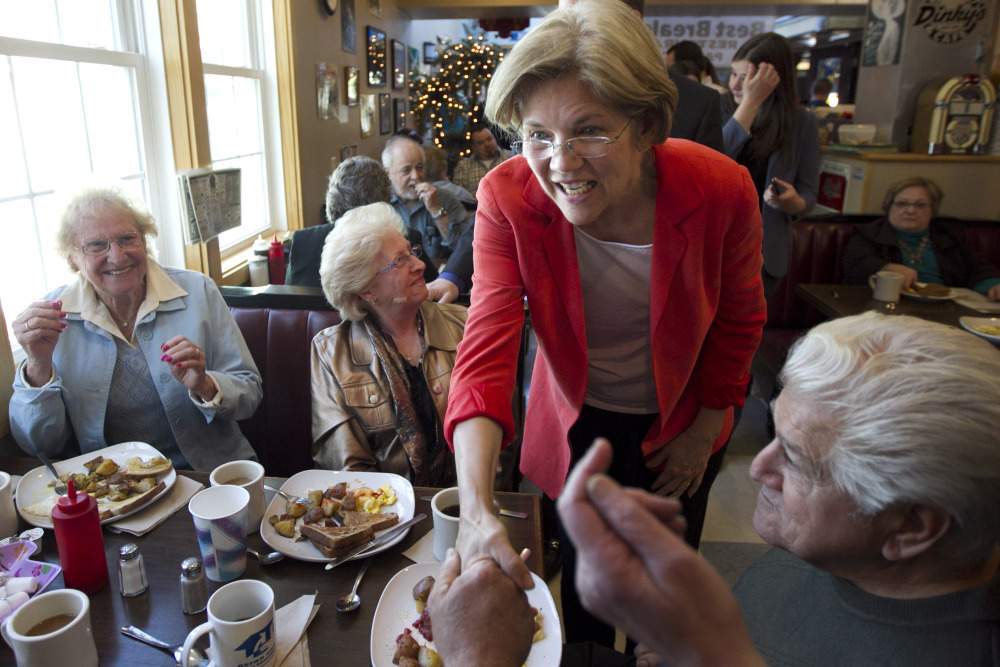 In the tight U.S. Senate race in Massachusetts, Democrat Elizabeth Warren has been playing defense because of allegations that she used her Native American heritage to advance her career.

Warren, the likely Democratic challenger to incumbent Republican Scott Brown, says she did not know that Harvard Law School touted her as a member of a minority group back in the 1990s, when the school's faculty came under criticism for being too white.

But Warren says that when she was growing up in Oklahoma, her family always told her that she's part Cherokee.

"I am very proud of my heritage," she says. "These are my family stories. This is what my brothers and I were told by my mom and my dad, my mamaw and my papaw. This is our lives. And I'm very proud of it."

Warren was also identified as a minority in professional legal directories for years. So just how much of a minority is she?

Genealogist Chris Child has been digging through the Census, birth and death records of Warren's family. Child eventually unearthed a document stating that Warren's great-great-great-grandmother was Native American. The document is from the woman's son.

"In 1894 on his application for a marriage license, he listed his father as Jonathan Houston Crawford and his mother as O.C. Sarah Smith, Cherokee Indian."

Child says it would take more research to confirm his finding. Some bloggers have been calling on Warren to take a DNA test.

Child says documenting Native American ancestry is a common request at the New England Historic Genealogical Society, where he works.

"Sometimes we're able to find some evidence. More oftentimes we're actually not able to find any evidence," he says. "In this particular case, at least we're dealing with someone who in 1894 claimed a Cherokee connection, versus just a lot of people today. So that's one bit of promising information."

It suggests that Warren is 1/32 Native American.

"I'm a quarter, and it's so far recessed behind me that I really can't reference it for any particular reason, and I just feel like Elizabeth Warren probably has even less reason," he says.

Venecko had been planning to vote for her. Now he's less certain.

But for Jeff Richards of Cambridge, it's not a big deal.

"What does it matter? Aren't we all somehow related? What do they think she's doing — she's trying to garner the native vote?"

Some critics are insinuating she may have used her minority status to advance in academia. Warren says she doesn't recall ever talking about her native heritage when applying for faculty jobs, including her current one.

"I believe that I was recruited at Harvard because I'm a good teacher," Warren says.

Brown, the senator Warren is trying to unseat, says, "If there are questions, you know, she should answer them."

Meanwhile, Warren's campaign has been calling Brown a hypocrite. The Republican has been a vehement opponent of President Obama's health care overhaul. But Brown acknowledged Monday that his 23-year-old daughter is saving money after college by staying on his congressional health insurance plan — which was made possible by a provision of the health care law he opposes.