Accessibility links
Even After Texas Primary, Romney Will Remain The 'Presumptive' Nominee : It's All Politics When the polls close in Texas Tuesday, most media outlets and likely even the Mitt Romney campaign will declare that he has secured enough delegates to win the Republican nomination for president. For what it's worth, that's not technically the case.

Even After Texas Primary, Romney Will Remain The 'Presumptive' Nominee

Even After Texas Primary, Romney Will Remain The 'Presumptive' Nominee 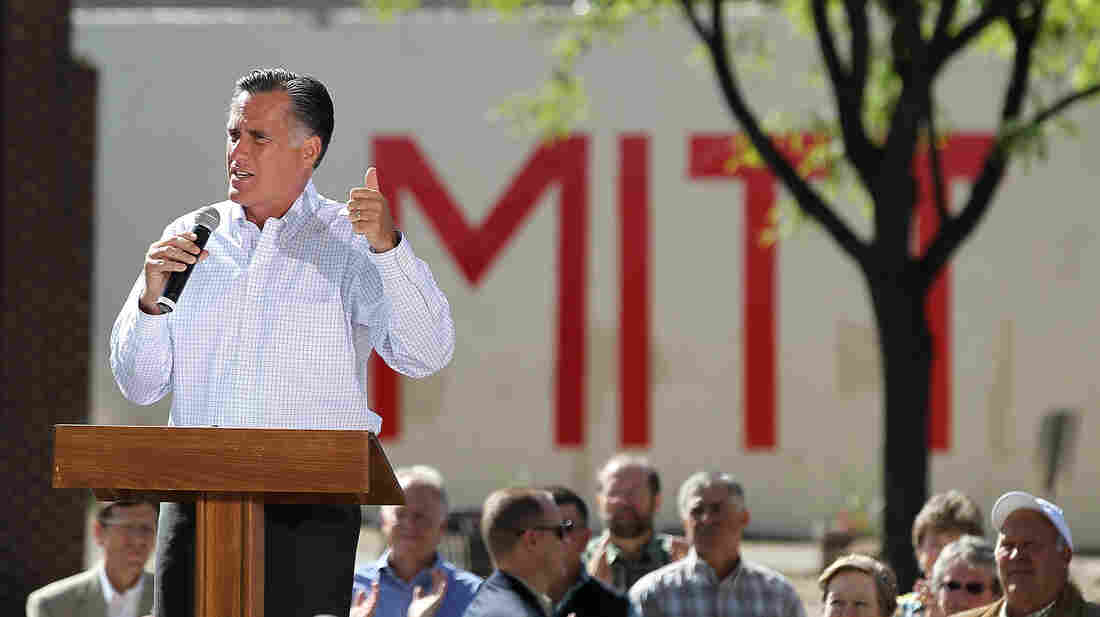 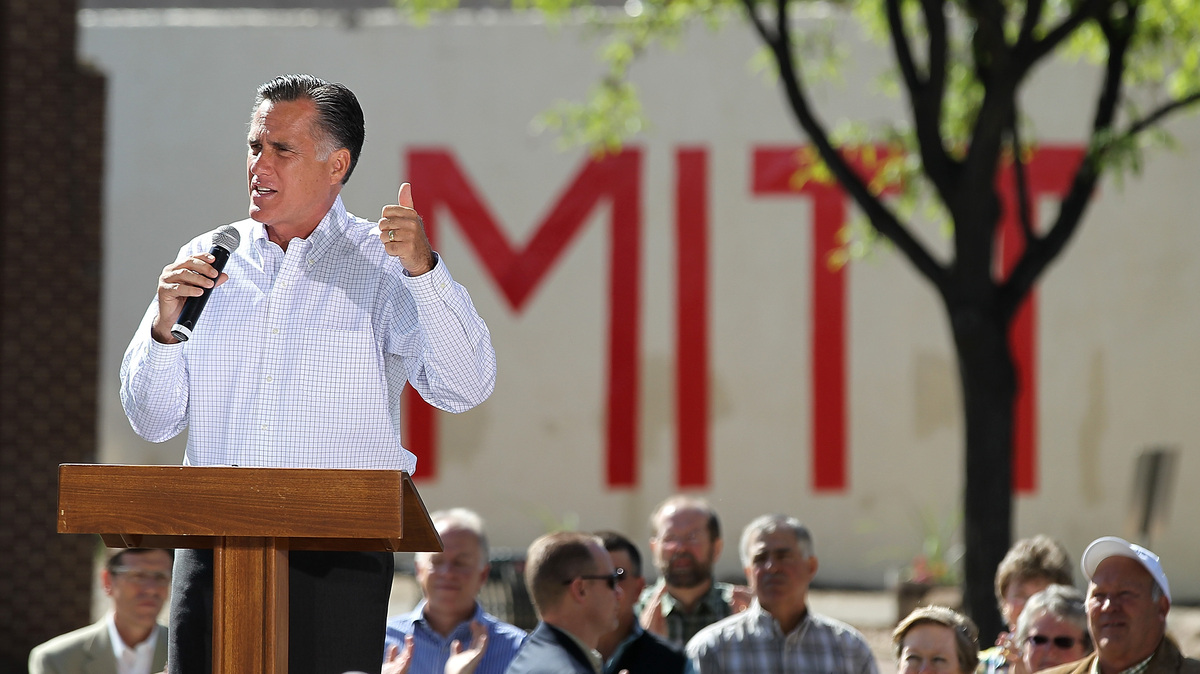 At the moment the polls close in Texas Tuesday evening, most media outlets and very likely even the Mitt Romney campaign will declare that he has secured enough delegates to win the Republican nomination for president.

For what it's worth, there are two problems with that statement. First, as a practical matter, Romney actually won the Republican nomination when the other candidates competing for delegates in the primaries and caucuses stopped doing so. That was weeks ago.

And second, as a technical matter, Romney will not have the "bound" delegates he would need to win the GOP nomination, regardless of how well he does Tuesday night.

According to the count by the website thegreenpapers.com, Romney goes into Texas with 907 bound delegates — those who are required by rules to vote for him through at least the first ballot.

Texas awards its 152 available delegates proportionally to the popular vote. So even if Romney were to win 75 percent of the vote, that would provide him 114 more delegates — giving him a total of 1,021. That would mean he couldn't get to 1,144 until June 5, when California, New Jersey, New Mexico and South Dakota all hold primaries.

So why the discrepancy between the count of bound delegates (which, by the way, is the stricter standard the Republican National Committee has used in its own delegate counts) and the media count? It's because most media have followed The Associated Press, which has included estimated allocations from contests that do not formally bind delegates to particular candidates.

For example: According to the AP's count, Romney won 13 delegates in the Iowa caucuses at the start of the primary season this January. But the Iowa delegates won't technically be awarded until the Iowa GOP state convention on June 16. Texas Rep. Ron Paul's supporters have attended other state conventions en masse and have won disproportionate numbers of delegates for Paul, so there is a reasonable chance that Iowa's delegate slate will be something other than the media estimates following the January voting.

All of this would matter much more if the Republican race still had another candidate actively campaigning against Romney — such as what happened four years ago in the Democratic race when then-candidate Barack Obama and Hillary Clinton continued their battle into June.

But the Republican race this year ended the way most primary races have ended in recent decades — with a front-runner building a large lead, and the challengers running out of money and dropping away. Even if Paul's people can continue peeling off delegates in states that have already voted, it's hard to see how they can accumulate anywhere near Romney's number.

All of which means that any question of bound versus unbound delegates at this point has become a distinction without much of a difference. Romney for all practical purposes became the GOP nominee the night after longest-lasting challenger Rick Santorum lost the Wisconsin primary on April 3 and suspended his campaign days later.

For what it's worth.

S.V. Dáte is the congressional editor for NPR's Washington Desk.