Accessibility links
Paul Krugman: Obama 'Screwed Up' Private-Sector Line : It's All Politics Paul Krugman thinks he knows what President Obama was trying to say when he infamously said that the "private sector is doing fine." But the economist and New York Times columnist said the president "screwed up the line." 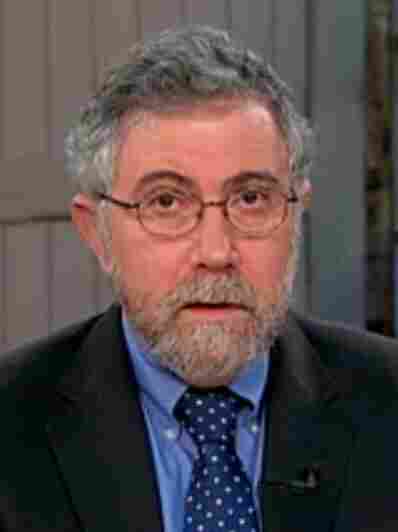 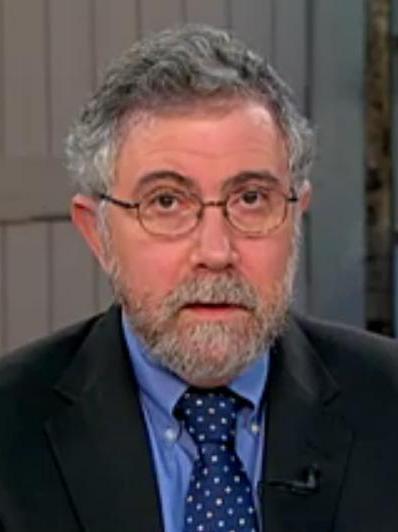 Paul Krugman knows what President Obama was trying to get at during a Friday news conference when he veered dangerously off-message to say "The private-sector is doing fine."

But even someone as brilliant as the Nobel Prize-winning economist and New York Times columnist couldn't spin what the president had said from rhetorical dross into gold. Krugman called it like he saw it; the president messed up, he told Charlie Rose on CBS This Morning.

"You know, that was an unfortunate line. The president bungled the line. The truth is, the private sector is doing better than the public sector which is not well enough."

"And actually, the real about this economy is the cutbacks of the public sector are what's hurting recovery. By this point in Obama's presidency, if we had normal public sector job growth we'd have about 800,000 more people — firefighters, school teachers, police officers. Instead, we have 600,000 fewer. So right there is like 1.4 million jobs that we should have had in the public sector. And, of course, those would translate into more private sector jobs, too. So that's what he was trying to get at. And, of course, he screwed up the line."

In the president's effort Friday to clean up post-gaffe, he didn't go as far as Krugman did, that is to admit he badly misspoke and to ask that voters remember that to err is human, to forgive divine.

Given his gaffes of late, "Polish death camps" and now the private-sector comment, it's beginning to look like he may get plenty of practice at trying to recover from such missteps.

Krugman, of course, has been one of Obama's most vocal critics on the left from nearly the moment the president finished saying "So help me, God," in January 2009.

But even a high-profile progressive economist who was part of the Obama White House operation went on record to say the president blew it on Friday.

Jared Bernstein, who was Vice President Biden's economist, sounded very much like Krugman in an interview with National Journal's Major Garrett on Friday.

" 'I know he doesn't believe this,' Bernstein said. 'Private sector job growth is fine in relative terms when compared to the public sector. But lots of people are struggling in the private sector. The president's view of the economy is that we are headed out of the woods but not nearly fast enough. He doesn't think anyone is fine.'

"During Obama's presidency, public sector job losses have been acute at the state and local level. Federal jobs have increased, however.

"Still, Bernstein knew a gaffe when he saw it and wondered, as many Democrats have, if it would derail Obama's economic message to Congress about swifter action on his 9-month-old jobs bill.