Accessibility links
Obama's Deportation Policies Have Failed, Immigrant Advocates Say : It's All Politics Even as President Obama hopes to win re-election with solid support from Latino voters, immigration advocates are lashing out at the administration's revised deportation policies. Critics say despite changes meant to slow deportations of undocumented immigrants who have obeyed laws since illegally entering the country, deportations continue apace. 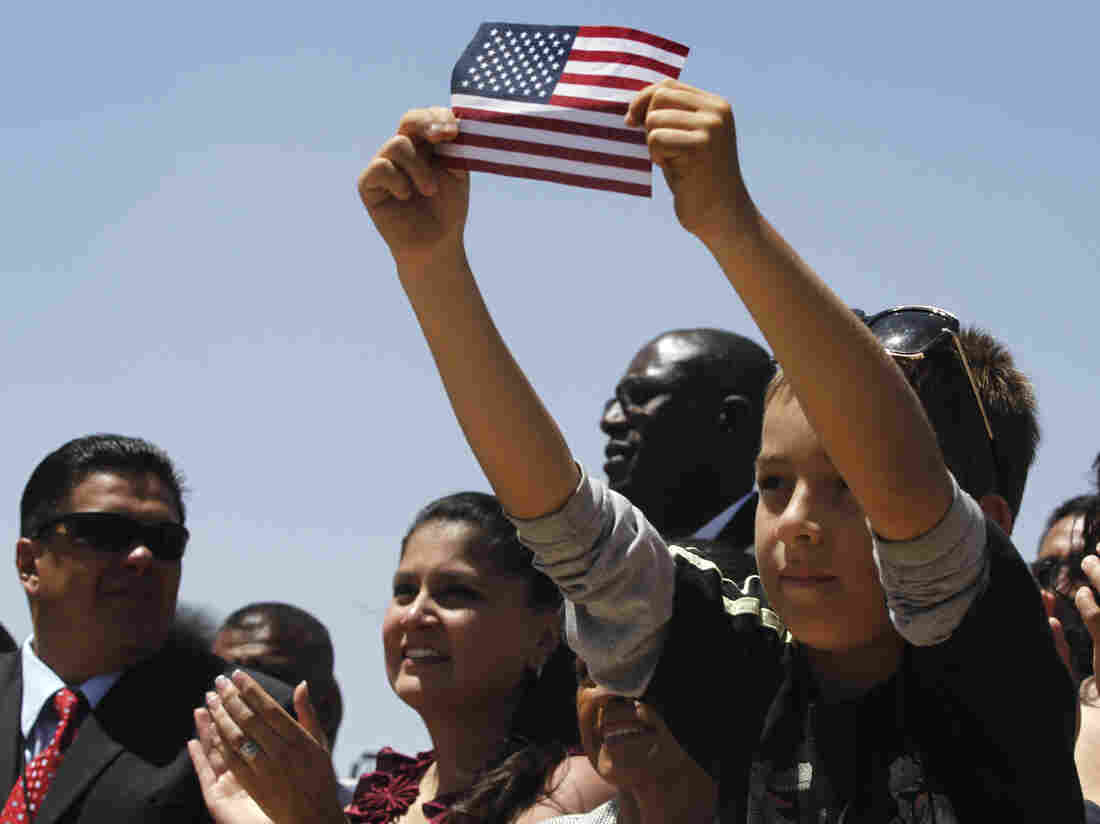 Audience members listen to President Obama speak about immigration reform in El Paso, Texas, in May 2011. The Obama campaign is wooing Hispanics ahead of the November elections, but the president's deportation policy is being criticized by immigrant advocates. Charles Dharapak/AP hide caption 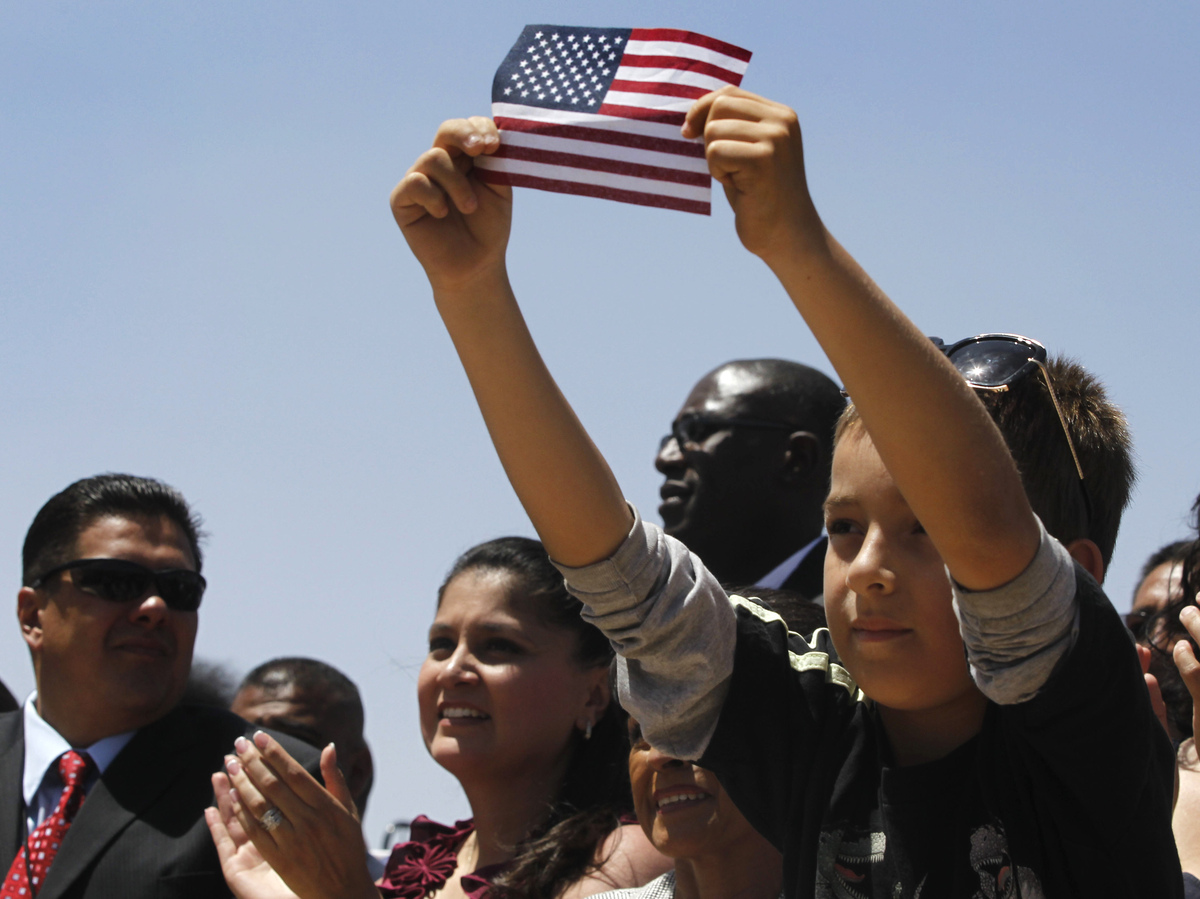 Audience members listen to President Obama speak about immigration reform in El Paso, Texas, in May 2011. The Obama campaign is wooing Hispanics ahead of the November elections, but the president's deportation policy is being criticized by immigrant advocates.

Criticism of the Obama administration's deportation policies continues to pour in as previously supportive groups called the latest government effort a failure.

Immigrant advocates on Monday condemned the administration's recent findings that a policy designed to reduce the deportations of otherwise law-abiding illegal immigrants has had almost no effect.

An ongoing government review has found that fewer than 2 percent of the more than 400,000 pending deportation cases have been halted.

The government says thousands more cases will be closed, but critics say the paltry results so far expose an unwillingness among immigration agents to enforce the new policy.

"We were quite hopeful that the new policies would usher in a new era of humane enforcement," Frank Sharry, executive director of America's Voice Education Fund, told reporters on a conference call with other advocacy groups. "A year later, we are sad to declare that the implementation of this policy is failing. [It] has not made this better and to some extent has made it worse."

A year ago, the Obama administration announced a shift in focus to the deportation of convicted criminals, people who pose "a clear risk to national security" and others who defraud the visa system.

Leniency was to take several forms, including deferred deportation, which could last for up to 12 months, at which time individuals could request an extension and potentially reapply every year. Another option was the authorization of people to work in the U.S. legally.

The Obama administration's immigration policies have drawn criticism from all sides. Republicans say the administration is trying to circumvent immigration laws to grant amnesty and blocked the Senate's passage of the DREAM Act bill in 2010. (The DREAM Act would establish a path to citizenship for young people brought to the U.S. illegally as children provided that they attend college or serve in the military.)

Immigrant advocates and Latino leaders have criticized Obama for increasing the pace of deportations beyond that of the Bush administration. The Obama administration's tougher enforcement has led to the deportation of a record 1.1 million people in the last three years.

The deportations have compounded Latinos' frustrations over Obama's failure to fulfill his 2008 campaign promise of pushing an immigration overhaul through Congress, as well as the failed DREAM Act.

But immigrant advocates say the stepped-up enforcement continues to target people who are supposed to be protected under the new policy.

They say ICE isn't effectively applying its newfound discretion, in part by declining to offer the full range of options called for in the new policy even though people in a majority of cases meet the standards.

Crystal Williams, executive director of the American Immigration Lawyers Association, said on the call that most people are being offered administrative closure without the option to obtain work: "It's putting your file on a shelf. That's it. No other possibilities are being offered, like the settlement of cases, adjustment of status."

As a result, critics say, the new policy likely will clear no more than 5 percent of the cases.