Accessibility links
Rangel Downplays The Roots That Might Help His Re-Election : It's All Politics An interesting case of identity politics is playing out in New York's new 13th Congressional District. A Dominican-American state senator is threatening longtime Rep. Charles Rangel in the district, which is now majority Hispanic. Yet Rangel rarely discusses his Puerto Rican heritage.

Rangel Downplays The Roots That Might Help His Re-Election

Rangel Downplays The Roots That Might Help His Re-Election 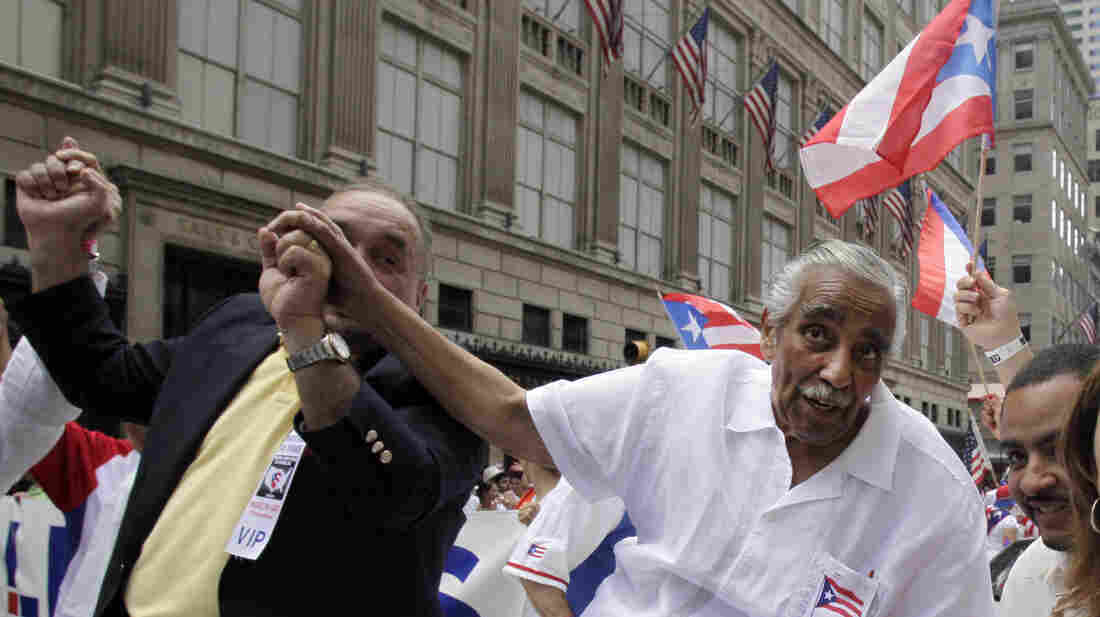 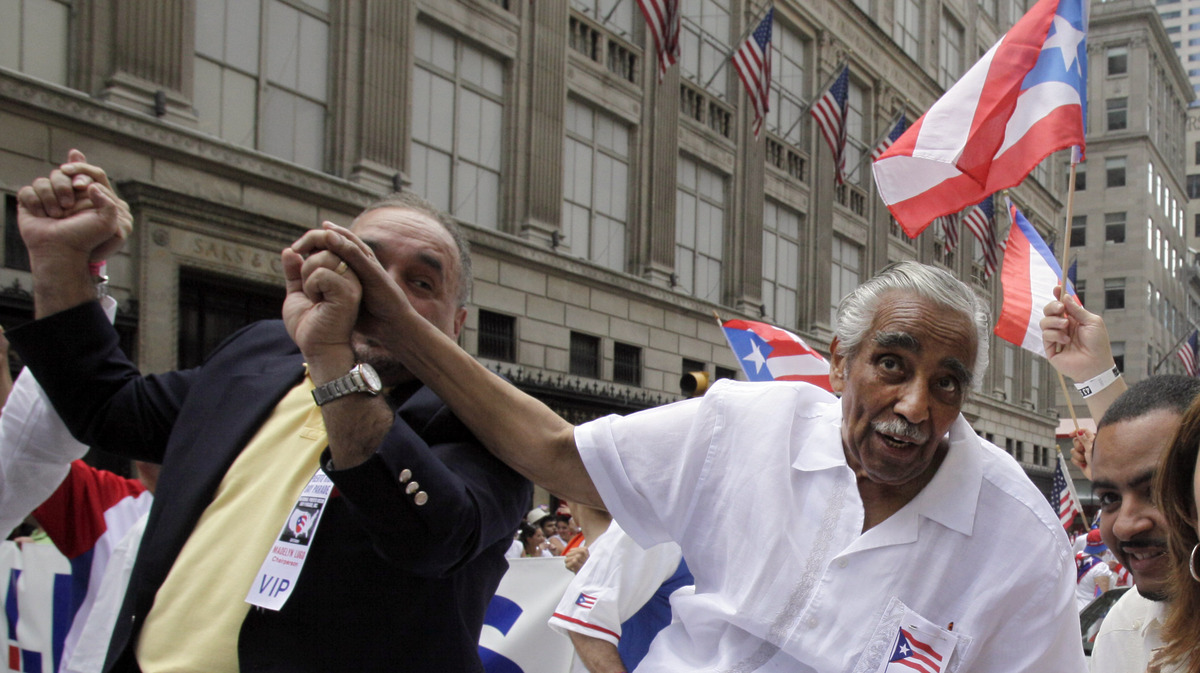 An interesting case of identity politics is playing out in New York's newly drawn 13th Congressional District, which includes Harlem and parts of the Bronx.

Rep. Charles Rangel, D-N.Y., faces four much younger competitors in next week's Democratic primary, in what could be the toughest re-election bid of his long political career.

"Gentrification in Harlem has pushed out scores of black residents who have been Rangel's core supporters. And the boundaries of his congressional district have been redrawn to include a portion of the Bronx, making the population majority Hispanic.

"Rangel will face four challengers in the June 26 Democratic primary. His greatest threat is expected to come from New York state Sen. Adriano Espaillat, who is trying to mobilize fellow Latinos behind his goal of becoming the first member of Congress born in the Dominican Republic."

Rangel, who turned 82 last week, is a founding member of the Congressional Black Caucus and has represented the historically African-American community of Harlem for 42 years.

USA Today noted recently that "nearly three in 10 district residents have never previously been represented" by Rangel. It also said: "Ethnic politics are playing a key role in the primary June 26. Espaillat is the leading contender among the four candidates challenging Rangel, and he is the only Hispanic in an otherwise African-American field."

Except that's not entirely true.

Rangel is half Puerto Rican; his father was born in Puerto Rico. Yet Rangel rarely discusses that side of his heritage.

Last month, The New York Times reported on an endorsement from Rep. José E. Serrano, who referred to "those of us who represent New York City and are from the Latino community, as Charlie and I both are."

But even while appearing at the National Puerto Rican Day Parade along New York's Fifth Avenue, as local politicians customarily do each year, Rangel seemed reticent to declare too loudly a Latino heritage or connection. "I can't imagine a better birthday present than celebrating the rich culture and heritage of the beautiful island of Puerto Rico," he said in a statement. "To the tens of thousands of Puerto Ricans in my district and millions in our country, I thank you for your unique contributions to American society."

The New York Times cited Rangel's relationship with his father as a reason he doesn't identify closely with the Puerto Rican part of his background. "When he abandoned my mom as a kid, that ended it as far as the relationship," Rangel told reporters, according to the Times. "It's a painful relationship, and I don't talk about it because I've never had any experiences there."

Rangel added that he "never really enjoyed any of the cultural riches of a Puerto Rican background."

In an interview with Fox News Latino, Rangel said: "I don't know whether the number of any particular Latino group has made or will make any particular difference in the issues that I am concerned with."

Rangel acknowledged the strong challenge from Espaillat. "If you are Dominican and you see a Dominican running to become president, become governor, becoming [an elected official], you tell your son, 'Hey, if he can do it, you can do it,' " Rangel told Fox News Latino.

"On the other hand, if you got problems like unemployment, Social Security, Medicaid, Medicare, there's a guy that's always been there for you and for your family, then you say, 'He's a nice guy. I don't know where he came from or how long he's been here, but Charlie Rangel's the man.' And that's what I'm relying on."