Accessibility links
Casino Owner Expected To Make $10M Donation To Pro-Romney SuperPAC : It's All Politics The reported contribution is coming from a man who previously supported Mitt Romney's GOP primary rival, Newt Gingrich. But Sheldon Adelson has long made it clear that his top priority is defeating President Obama in November. He has said he might spend as much as $100 million on this election. 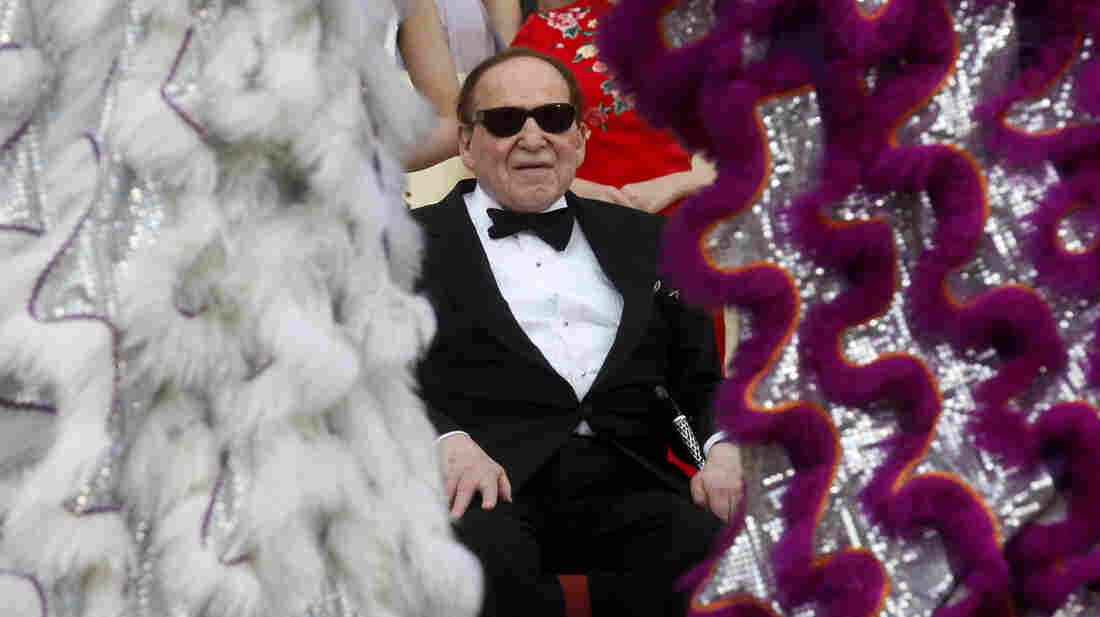 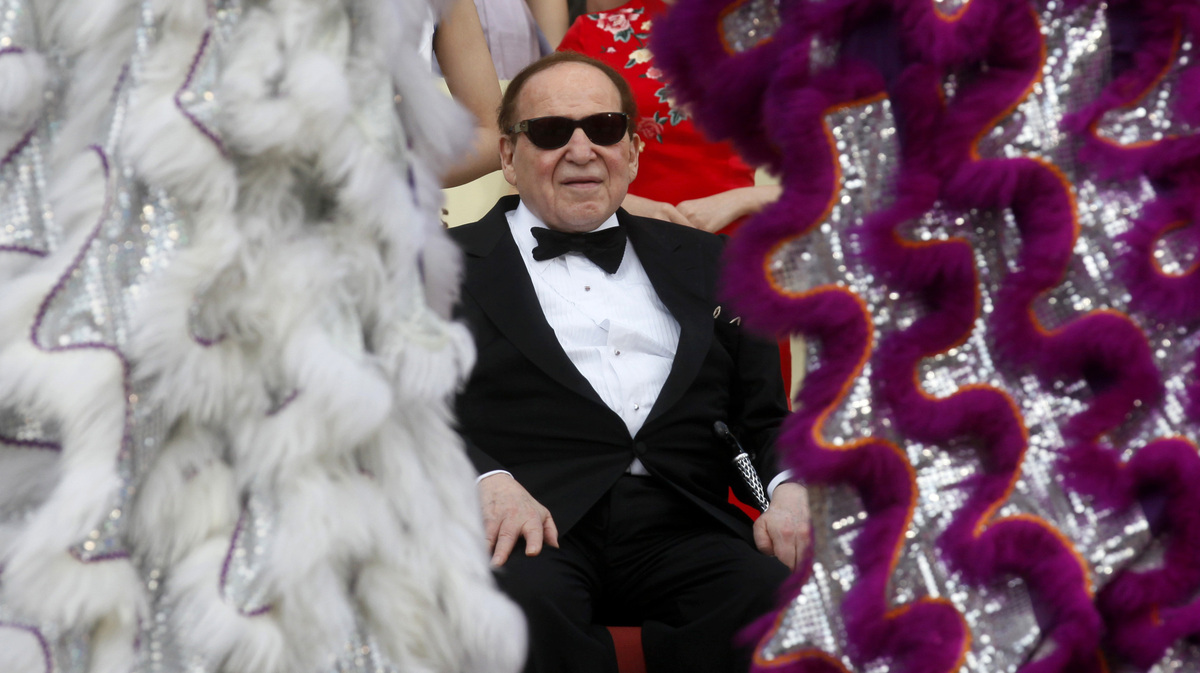 Restore Our Future, the superPAC supporting GOP presidential candidate Mitt Romney, is expecting a $10 million boost from a single donor.

The Wall Street Journal reports that gift is coming from a man who just a few months ago was spending money to attack Romney.

Sheldon Adelson is one of the kings of Las Vegas. Forbes calls him the eighth-richest man in the country, worth more than $21 billion.

So it was nothing for him to single-handedly keep Newt Gingrich's primary campaign afloat. Adelson and his wife gave $20 million to pay for attack ads, including one that connected Romney to President Obama's health care overhaul, saying, "Romney advisers helped Barack Obama write the disastrous Obamacare."

When a Jewish Journal reporter stopped Adelson in a Las Vegas hallway back in March, the casino magnate explained why he was cool to Romney.

"He's not the bold decision maker like Newt Gingrich is. He doesn't want to — every time I talk to him he says, 'Well, let me think about it,'" Adelson said.

Yet even then, Adelson made it clear that his top priority is defeating Obama in November.

So it's no surprise that he's now reportedly writing a $10 million check to the superPAC that supports the last Republican standing.

David Damore of the University of Nevada, Las Vegas, says a couple of causes in particular are especially close to Adelson's heart.

"His two big issues are support for Israel, and he's very anti-union. He actually has the only casinos on the Las Vegas strip that have no union presence on them," Damore says. The most notable is The Venetian hotel and casino.

In the March interview with the Jewish Journal, Adelson explained that he doesn't see eye to eye with Romney on every issue.

"I'm what you might call a social liberal. But, I mean, on the social issues I'm not pro-life. I'm pro-choice. ... But if you're in one party you don't have to believe 100 percent in everything that that party stands for," Adelson said.

Adelson has met with Romney several times. Last month when Romney was in Las Vegas, the two talked in private for an hour.

Damore says now that it's easier than ever for people like Adelson to spend unlimited dollars in a presidential race, a few individuals can have far more influence on an election than was ever possible before.

Adelson has said he might spend as much as $100 million on this election. That's about one-half of 1 percent of his wealth.

Put another way, if the typical American family gave the same percentage of its net worth, the family would write a check for $360.