Accessibility links
Romney Gets No Relief On Outsourcing Story : It's All Politics Mitt Romney's campaign got no satisfaction from The Washington Post. The newspaper refused to retract a piece that tied the Republican presidential candidate to the outsourcing of U.S. jobs overseas when he ran Bain Capital.

Romney Gets No Relief On Outsourcing Story

Romney Gets No Relief On Outsourcing Story 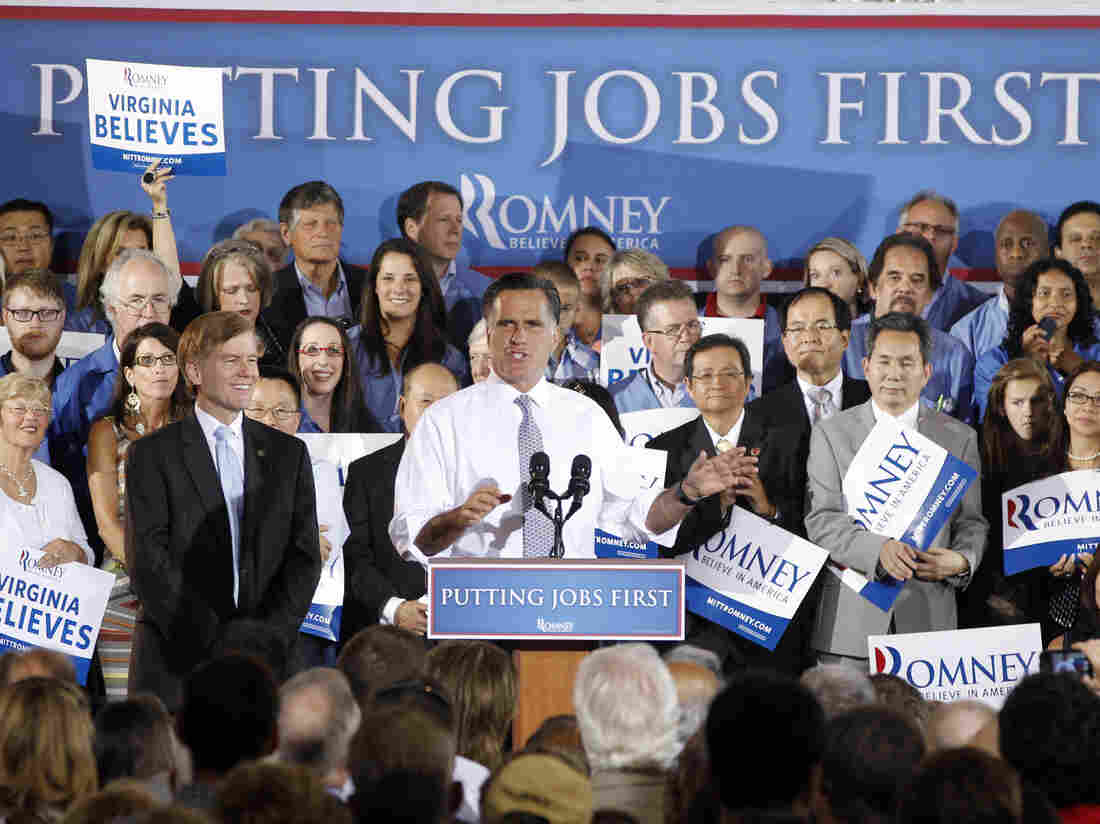 Mitt Romney appears with Virginia Gov. Bob McDonnell (left) on Wednesday. Romney failed to convince Washington Post journalists they were wrong to link him to the outsourcing of U.S. jobs while he led Bain Capital. Charles Dharapak/AP hide caption 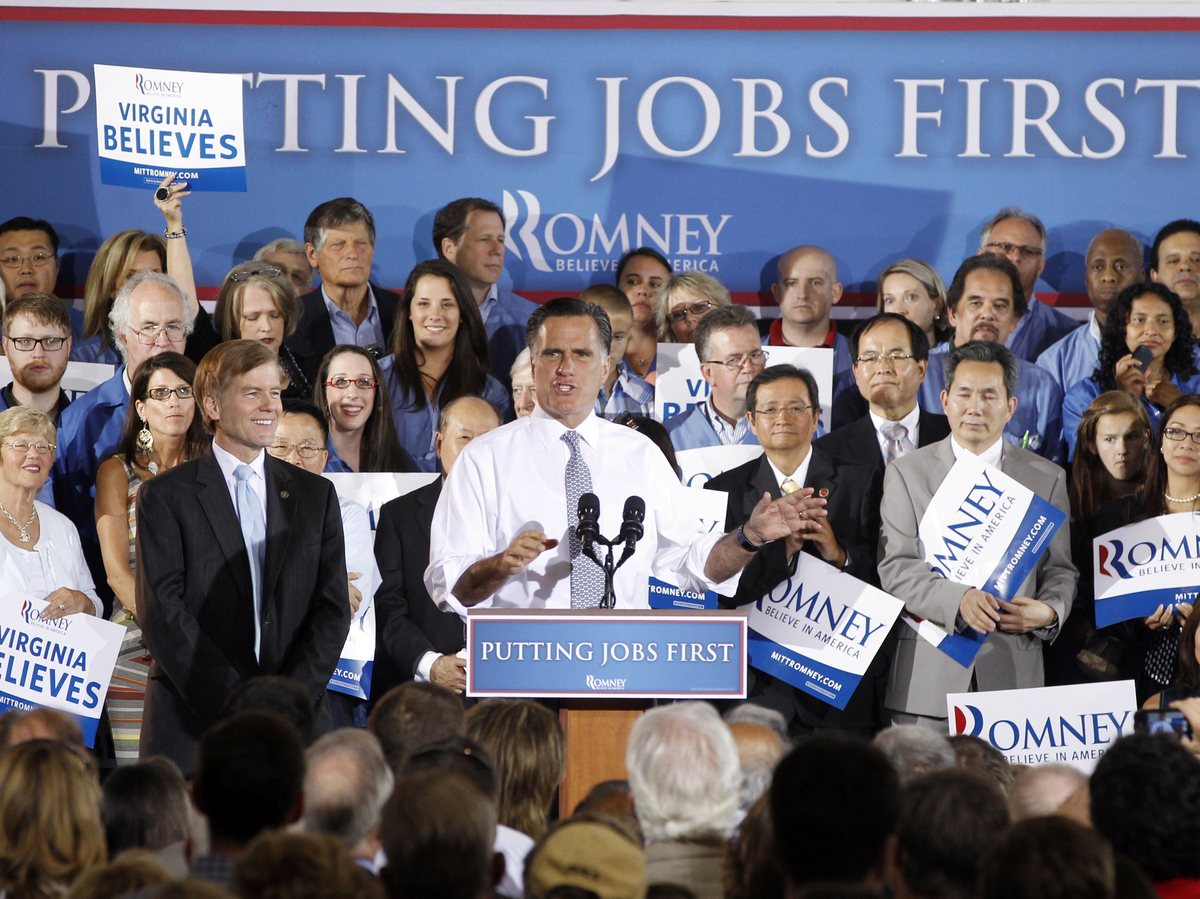 Mitt Romney appears with Virginia Gov. Bob McDonnell (left) on Wednesday. Romney failed to convince Washington Post journalists they were wrong to link him to the outsourcing of U.S. jobs while he led Bain Capital.

Ever since the Washington Post published a widely read piece last week whose central premise was that when Mitt Romney ran Bain Capital the firm invested in companies that shipped U.S. jobs abroad, President Obama, Vice President Biden and other Democrats have repeatedly cited it.

They've used it to argue that Romney's brand of business experience would be bad for U.S. workers. The Obama campaign even made the story the basis of campaign ads.

Romney's aides insisted that the Post story was wrong in its central claim as well as in its specifics. And they demanded that the paper retract the piece, an action that would, if nothing else, have crimped Obama's use of the article as evidence against Romney.

The Post isn't going to retract the article, according to Politico.com. So Team Obama will keep using it to tie Romney to the business practice of outsourcing jobs to workers overseas.

Those charges are clearly meant to undermine Romney's central argument for his candidacy, that by dint of his experience he would be a better creator of American jobs.

While this obviously must be a good thing from the Obama campaign's perspective, it's not exactly an unalloyed positive.

One of the president's major donors and bundlers, Jonathan Lavine, a Bain Capital executive and member of the Boston Celtics ownership group, has been drawn into the outsourcing controversy, too, as ABC News reported.

Still, the Obama campaign has a ready response, according to ABC: Lavine isn't running to be president, Romney is.

So the Post story doesn't appear to be going away anytime soon. And as some have waggishly noted, Team Romney seems to be doing a good job of keeping it alive.