Accessibility links
Michigan's GOP Governor Keeps To Middle Of The Road, Vetoes Voter ID Law : It's All Politics Rick Snyder once again breaks ranks with other top Republicans by vetoing bills that opponents said were meant to suppress voter turnout. 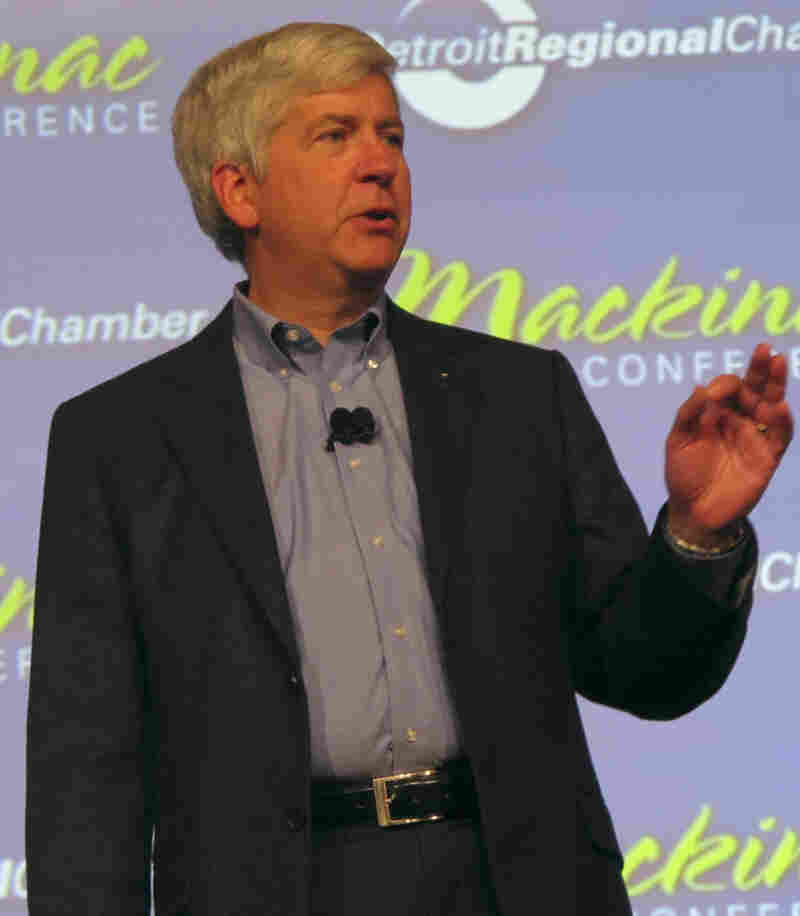 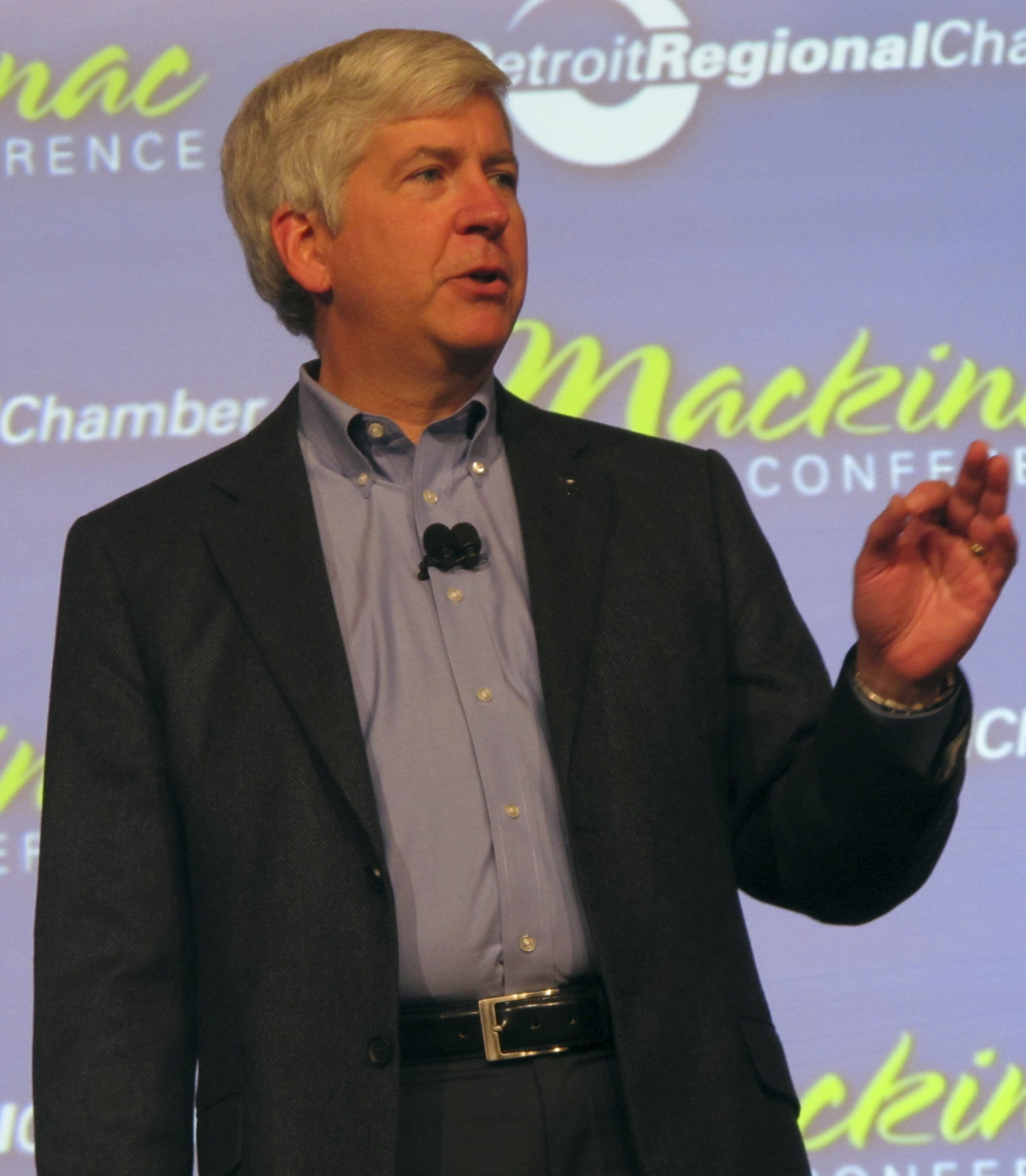 At first blush, it seems like a man-bites-dog story: a Republican governor vetoing voter ID legislation decried as voter suppression by Democratic critics of the bills.

But when you consider that the chief executive who wielded the veto pen Tuesday was Gov. Rick Snyder of Michigan, the news becomes somewhat less surprising.

Snyder, after all, is the same guy who said, after the Supreme Court ruling last week upholding the Affordable Care Act, that his state would move forward to create a health exchange. He said that even as some of his fellow Republican Governors Association members dug in their heels and said they wouldn't.

And when other top Republicans, including the all-but-official GOP presidential nominee Mitt Romney, derided the auto industry bailout as a giveaway by President Obama to his labor-union allies, Snyder defended it. That's not all that surprising considering how linked his state's fortunes are to that industry.

So Snyder doesn't always line up with his fellow Republicans on issues, which makes him more palatable to independent voters and even some Democrats in a state where President Obama won nearly 60 percent of the vote in 2008.

Snyder, who took office last year, vetoed legislation Tuesday that would have required voters seeking absentee ballots to present a photo ID upon picking up their ballots. The legislation would have also required a photo ID of anyone registering in person.

He also vetoed bills that would have mandated training for individuals, firms and organizations doing voter registration and that would require voters to affirm their U.S. citizenship at the time of voting.

Snyder said in a statement that he vetoed the three pieces of legislation because he thought they could cause "confusion" in registration efforts and with voters.

While he vetoed those two legislative items, he signed 11 other bills related to elections or campaigns. One forbids the use of campaign funds to pay for a candidate's legal expenses if they're not campaign-related. Others created election clerk education programs and permitted Michiganders overseas in the military or as civilians to vote in state elections by absentee ballot as they can in federal elections.

It's no surprise that Snyder's actions bummed out Republicans who supported the vetoed measures heading into the July 4 holiday.

"House Speaker Jase Bolger, R-Marshall, said he was 'deeply disappointed' by the vetoes.

" 'It is not unreasonable to expect that people handling voter registrations should receive some basic training. People who believe they are registering to vote should have confidence in the process so they know their registrations are being handled properly. Antics by unscrupulous groups such as ACORN have proven that protecting the voter registration process is vital if we hope to preserve the integrity of ballots cast by every eligible voter,' he said in a release."

The League of Women Voters of Michigan, which opposed the legislation Snyder vetoed, reveled in the moment. This is from its Facebook page:

"Great News: Gov Snyder vetoed several of the bills the League opposed, which would have required photo ID to register to vote; registration and training for third-party voter registration agencies; and affirmation of citizenship on the ballot."