Accessibility links
Obama Touts Auto Bailout In Ohio Tour : It's All Politics President Obama began a two-day bus tour of swing states Ohio and Pennsylvania on Thursday and spent part of the time campaigning on his bailout of U.S. automakers. 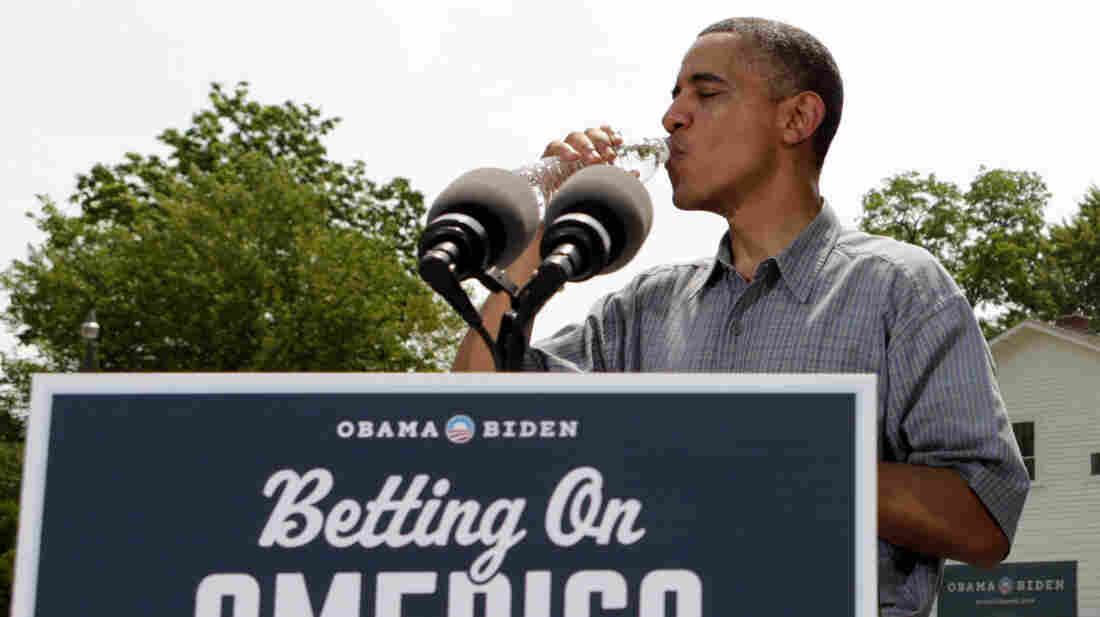 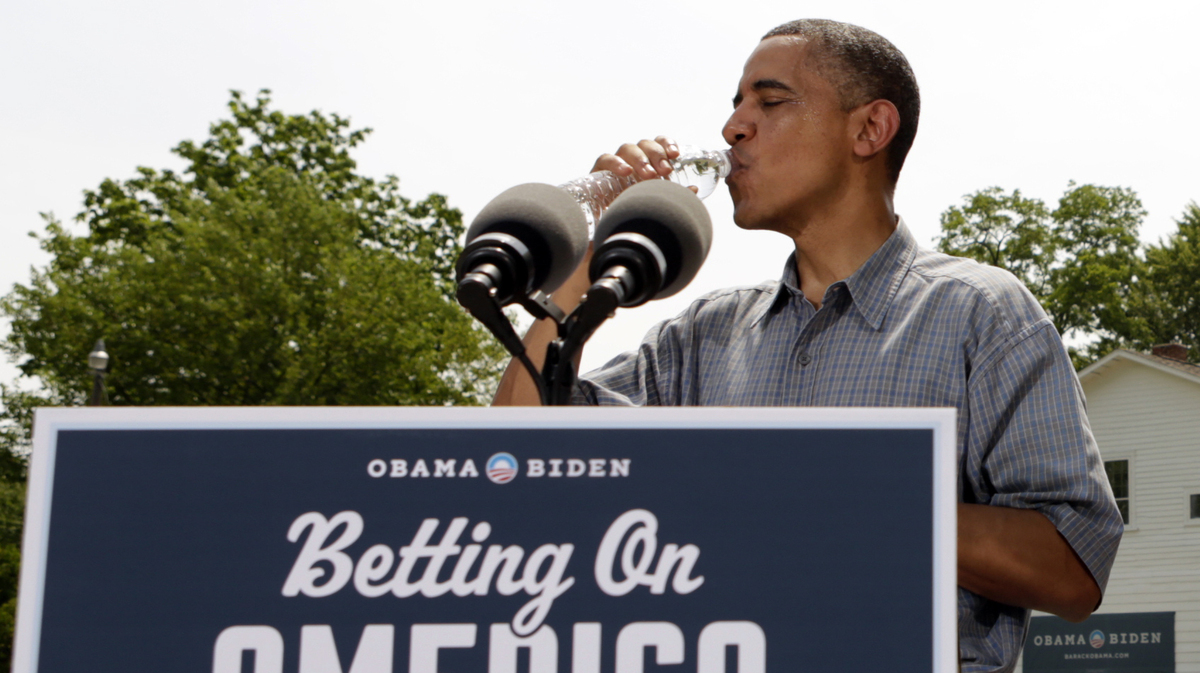 President Obama at a campaign event at the Wolcott House Museum Complex in Maumee, Ohio.

President Obama began a two-day bus tour of swing states Ohio and Pennsylvania on Thursday and spent part of the time campaigning on his bailout of U.S. automakers.

"My experience has been in saving the American auto industry. And as long as I'm president that's what I'm going to be doing, waking up every single day thinking about how we can create more jobs for your families," Obama said at a rally in Maumee, Ohio.

The tour included stops in several Ohio towns and was to culminate in Pittsburgh on Friday, which will coincide with the Labor Department's monthly jobs report. Last month, the administration received disappointing news that 69,000 jobs were added in May, far less than expected.

NPR's Scott Horsley, traveling with the president, says on Thursday's "All Things Considered" that Obama is contrasting the federal bailout of the auto industry to the stance of Republican rival Mitt Romney, who opposed government involvement. Obama pointed to a nearby Jeep factory in Toledo that he said would be adding jobs as proof the economy is improving.

"What's happening in Toledo can happen in cities like Cleveland, can happen in Pittsburgh," Obama said to the crowd in Maumee. "It can happen in other industries. And that's why I'm running for a second term as president, because I'm going to make sure that it does," said Obama. "I want it happening all across this country."

As Horsley explains: "Ironically, the government's rescue was a trigger for those tariffs. China called the rescue an 'illegal subsidy.' The United States says it's the tariffs that are illegal."

Louisiana Gov. Bobby Jindal and former Minnesota Gov. Tim Pawlenty — both Romney surrogates who have been mentioned as potential running mates — were making their own stops Thursday in parts of Ohio and were headed to Pittsburgh on Friday.

At a rally in Parma, Ohio, just outside Cleveland, Pawlenty told audience members not to "double down" on Obama, calling his presidency a "losing hand." Pawlenty also criticized Obama for not curbing the nation's rising deficit.

Romney himself was on a family vacation in New Hampshire.