Accessibility links
Swing State TV Stations Spiking Ad Rates As Campaign Cash Pours In : It's All Politics Someone once said that owning a TV station is a license to print money. Now, that was before the advent of cable TV and computer screens and streaming video. But these are clearly good times for some stations, especially the ones in presidential battleground states. 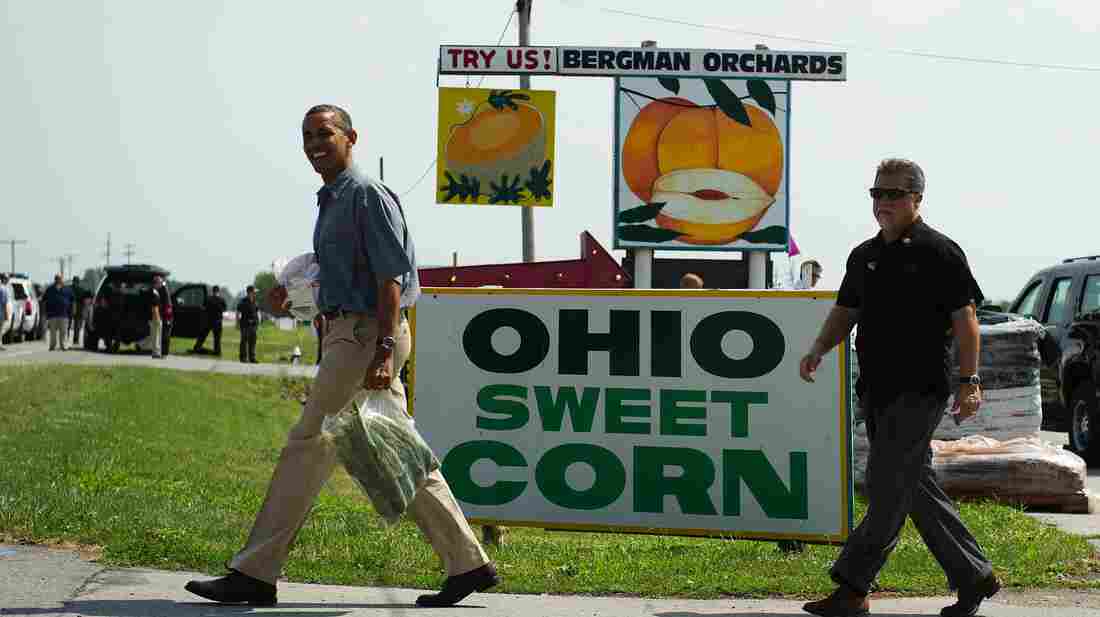 President Obama at a stop on his bus tour of Ohio in Port Clinton on July 5. Jim Watson/AFP/Getty Images hide caption 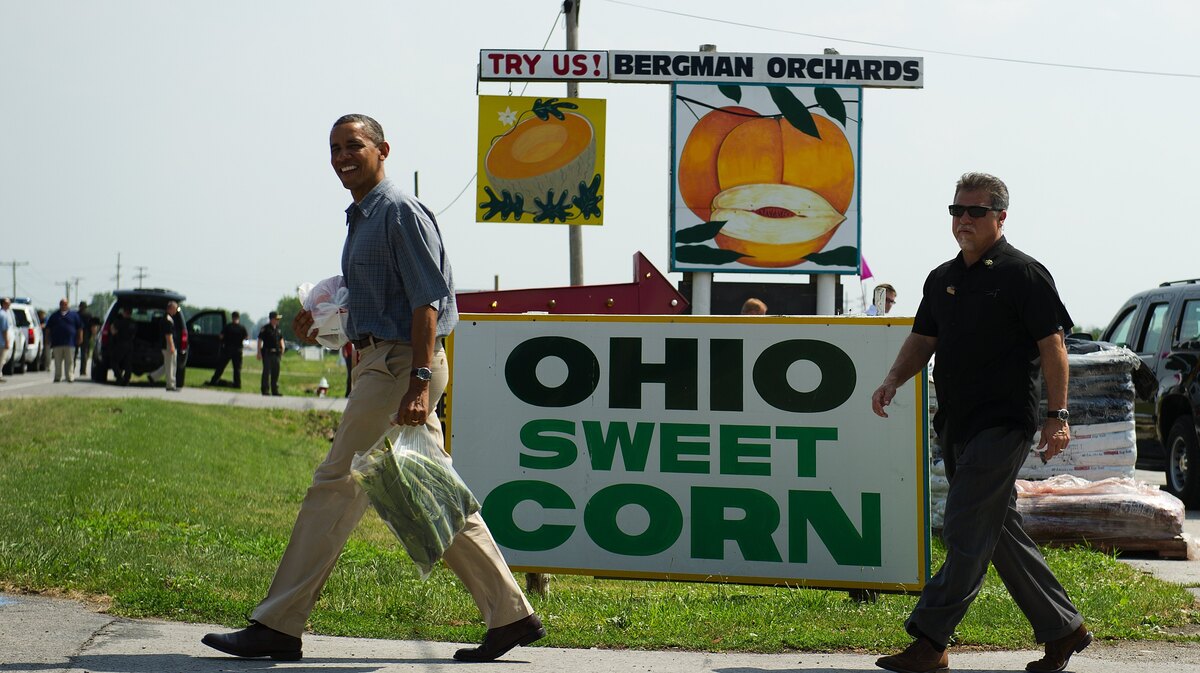 President Obama at a stop on his bus tour of Ohio in Port Clinton on July 5.

Someone once said that owning a TV station is a license to print money. Now, that was before the advent of cable TV and computer screens and streaming video. But these are clearly good times for some stations, especially the ones in presidential battleground states.

While the November election is still four months away, President Obama, Republican Mitt Romney and outside groups are advertising in record amounts.

"If you are a television station in a media market in one of those handful of [swing] states, there's an incredible amount of demand for your inventory from political buyers," says Ken Goldstein of Kantar Media CMAG, which tracks political ad spending.

This ad by the Obama campaign, airing in Ohio, charges Mitt Romney with outsourcing jobs.

In Ohio, for example, TV viewers are being treated to lots of ads from Obama and Romney.

"Both presidential candidates are running [ads]. A variety of PACs and superPACs are running," explains Dan Bradley, president and general manager of NBC affiliate WCMH in Columbus, Ohio.

This ad funded by the Mitt Romney campaign has aired in Ohio.

With all that demand, prices will go up, says Bradley.

"It's a commodity business. And when there's a large demand on that commodity and a lot of people trying to buy the same thing, the natural forces of the market cause the price to rise," says Bradley.

Bradley wouldn't say how much ad rates at his station have risen.

Jane Peters, president of Media Management Services, a Columbus firm that buys TV time for a range of clients from car dealers to local garden centers, says she is telling those clients to expect to pay up to 50 percent more for TV time in the coming months.

Those spots may get pre-empted by political ads whose buyers are willing to pay top dollar to ensure their spots are seen at key times, such as adjacent to the local news or on popular shows like Jeopardy.

Setting TV ad rates is a complex equation. Kantar Media's Ken Goldstein says what you pay depends on who you are.

The regulated part pertains to candidates for federal office like president or the U.S. Senate.

Within 60 days of an upcoming election, in accordance with Federal Communications Commission rules, presidential and Senate candidates have to be given the lowest rate the station has charged for a similar ad in the past year.

Outside groups, on the other hand, are charged whatever the market will bear. That's not likely to slow the deep-pocketed advocacy groups.

But local businesses, just like many TV viewers, will be glad when November has come and gone.