Accessibility links
McCain Defends Clinton Aide, Tells Bachmann And Others To Back Off : It's All Politics The 2008 GOP presidential nominee came to the defense of Hilary Clinton's longtime aide on the Senate floor. While Sen. John McCain didn't mention Rep. Michele Bachmann by name, he made clear he wants her to stop suggesting the aide is helping the Muslim Brotherhood.

McCain Defends Clinton Aide, Tells Bachmann And Others To Back Off

McCain Defends Clinton Aide, Tells Bachmann And Others To Back Off 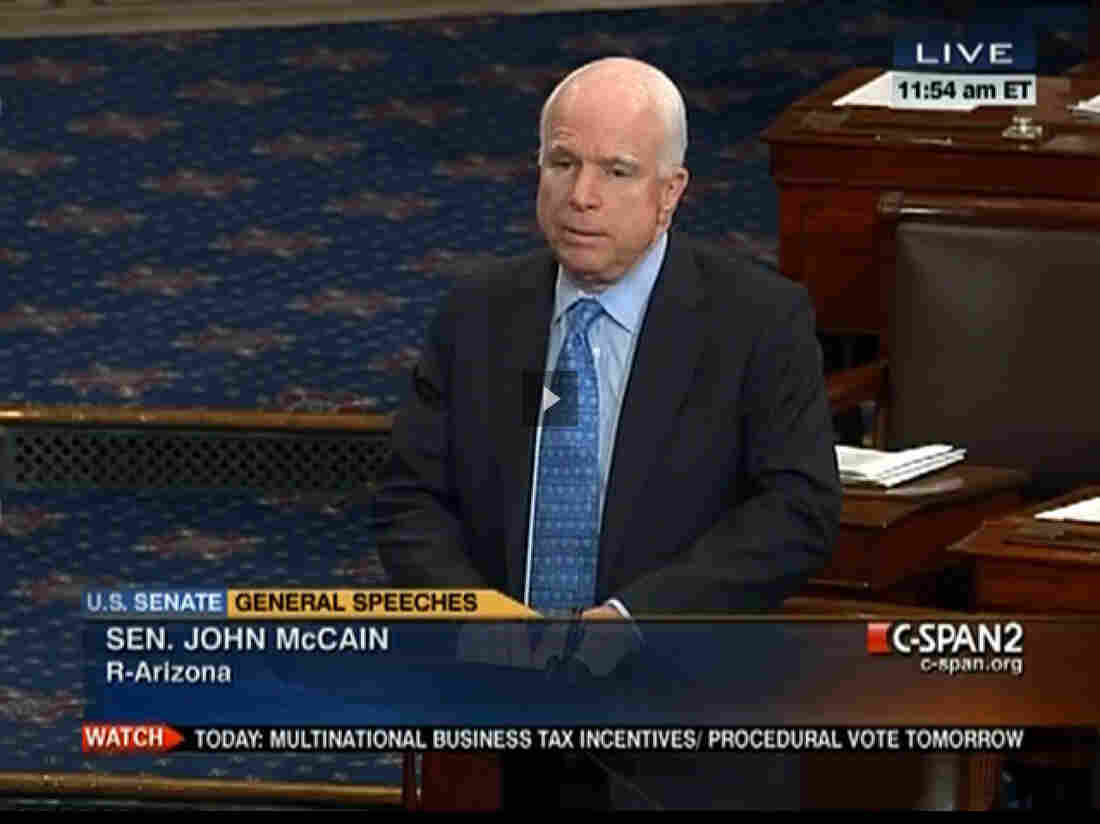 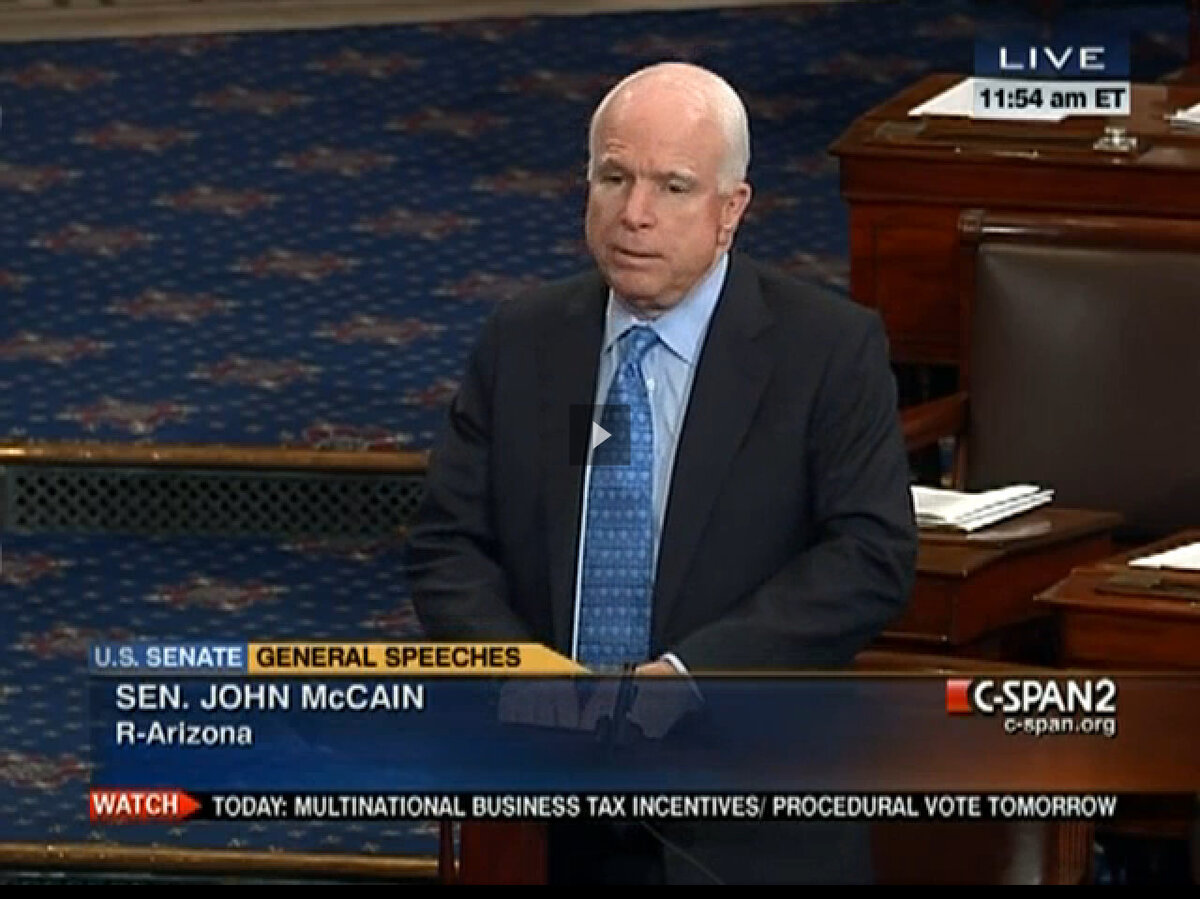 Sen. John McCain defended Huma Abedin, an aide to Secretary of State Hillary Clinton, against accusations by several House GOP members that she has ties to Egypt's Muslim Brotherhood.

Sen. John McCain, R-Ariz., took to the Senate floor Wednesday in an apparent attempt to shame Rep. Michele Bachmann, R-Minn., and other House GOP lawmakers who recently questioned whether a top aide to Secretary of State Hillary Clinton was a fifth columnist for the Muslim Brotherhood. 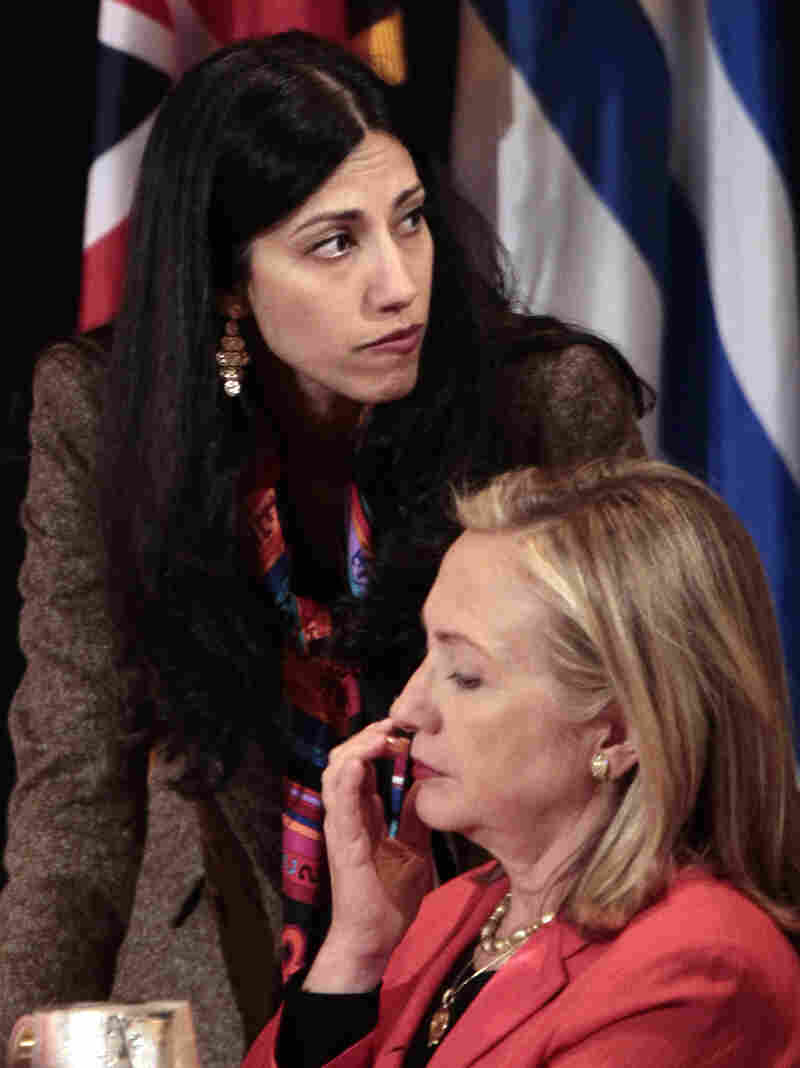 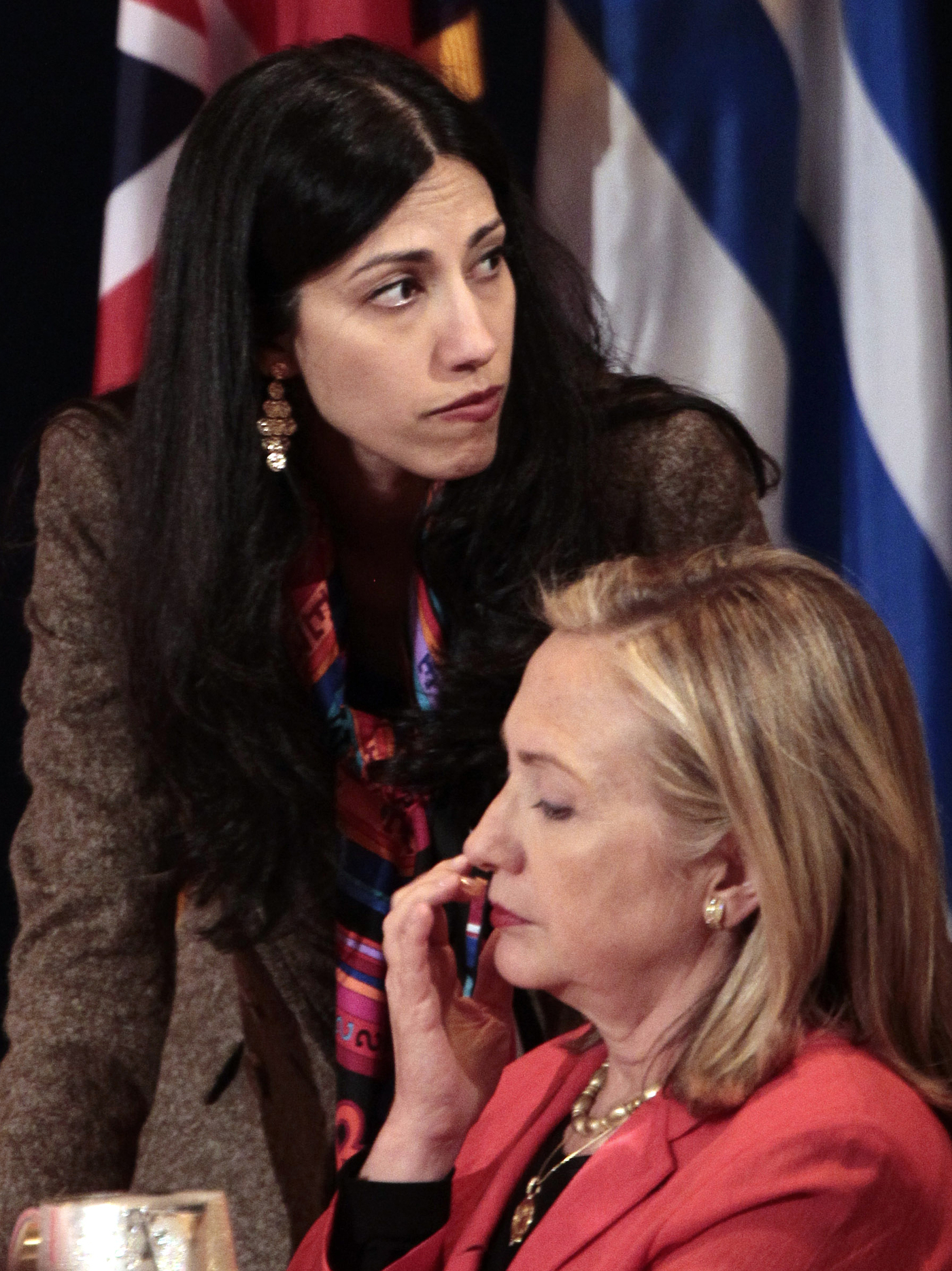 McCain, the 2008 Republican presidential nominee, didn't mention Bachmann by name, but it was clear his comments were aimed at her and a few House GOP colleagues who have requested an investigation of Huma Abedin, a longtime aide to Clinton, among others. (His remarks begin at about the 2:24:00 mark in this C-SPAN video.)

The Arizona Republican personally vouched for Abedin and dismissed the suspicions raised by Bachmann and the others as groundless. Bachmann's letter also was signed by Republican Reps. Trent Franks of Arizona, Louie Gohmert of Texas, Thomas Rooney of Florida and Lynn Westmoreland of Georgia. Here's McCain:

"Recently, it has been alleged that Huma, a Muslim American, is part of a nefarious conspiracy to harm the United States by unduly influencing U.S. foreign policy at the Department of State in favor of the Muslim Brotherhood and other Islamist causes. On June 13, five members of Congress wrote to the deputy inspector general of the Department of State, demanding that he begin an investigation into the possibility that Huma and other American officials are using their influence to promote the cause of the Muslim Brotherhood within the U.S. government. The information offered to support these serious allegations is based on a report, 'The Muslim Brotherhood in America,' produced by the Center for Security Policy."

"To say that the accusations made in both documents are not substantiated by the evidence they offer is to be overly polite and diplomatic about it. It is far better, and more accurate, to talk straight: These allegations about Huma, and the report from which they are drawn, are nothing less than an unwarranted and unfounded attack on an honorable citizen, a dedicated American, and a loyal public servant. ..."

"I have every confidence in Huma's loyalty to our country, and everyone else should as well. All Americans owe Huma a debt of gratitude for her many years of superior public service. I hope these ugly and unfortunate attacks on her can be immediately brought to an end and put behind us before any further damage is done to a woman, an American, of genuine patriotism and love of country."

Abedin is the wife of former Rep. Anthony Weiner. The New York Democrat resigned from the House last year after a scandal that resulted from some unfortunate tweets he sent to young women.

If that searing experience endured by Abedin evoked any empathy from Bachmann and the House Republicans who joined her request for a probe, it wasn't readily apparent in the letter they sent to the State Department's deputy inspector general and his counterparts in other agencies.

In a statement, Bachmann said her letters to the State Department inspector general and other officials were "unfortunately being distorted."

"I encourage everyone, including media outlets, to read them in their entirety. The intention of the letters was to outline the serious national security concerns I had and ask for answers to questions regarding the Muslim Brotherhood and other radical group's access to top Obama administration officials."

McCain's statement called to mind another moment in Senate history. In 1954, Sen. Joseph McCarthy's witch hunt for communists in the federal government collided with Army lawyer Joseph Welch, who helped reveal the senator as a bully by famously asking during a televised hearing: "Have you no sense of decency, sir, at long last? Have you left no sense of decency?"

McCain used different words, but to the same effect.

"As a member of Congress, with a seat on the House Intelligence Committee, Mrs. Bachmann you know better. Shame on you, Michele! You should stand on the floor of the House and apologize to Huma Abedin and to Secretary Clinton and to the millions of hard-working, loyal Muslim Americans for your wild and unsubstantiated charges. As a devoted Christian, you need to ask forgiveness for this grievous lack of judgment and reckless behavior."