Accessibility links
As Romney Heads Home, Campaign Steers Talk Back To Running Mate : It's All Politics After a weeklong international trip took the focus off of Bain Capital and taxes, the Mitt Romney campaign may be ready to take the focus off of its international trip. As Romney wrapped up his three-nation tour, his campaign announced a new app to keep track of the running mate selection process. 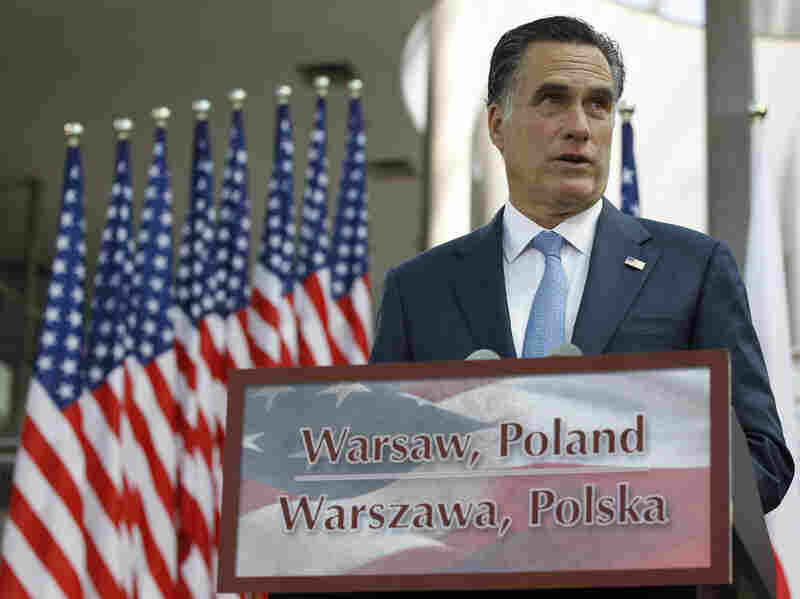 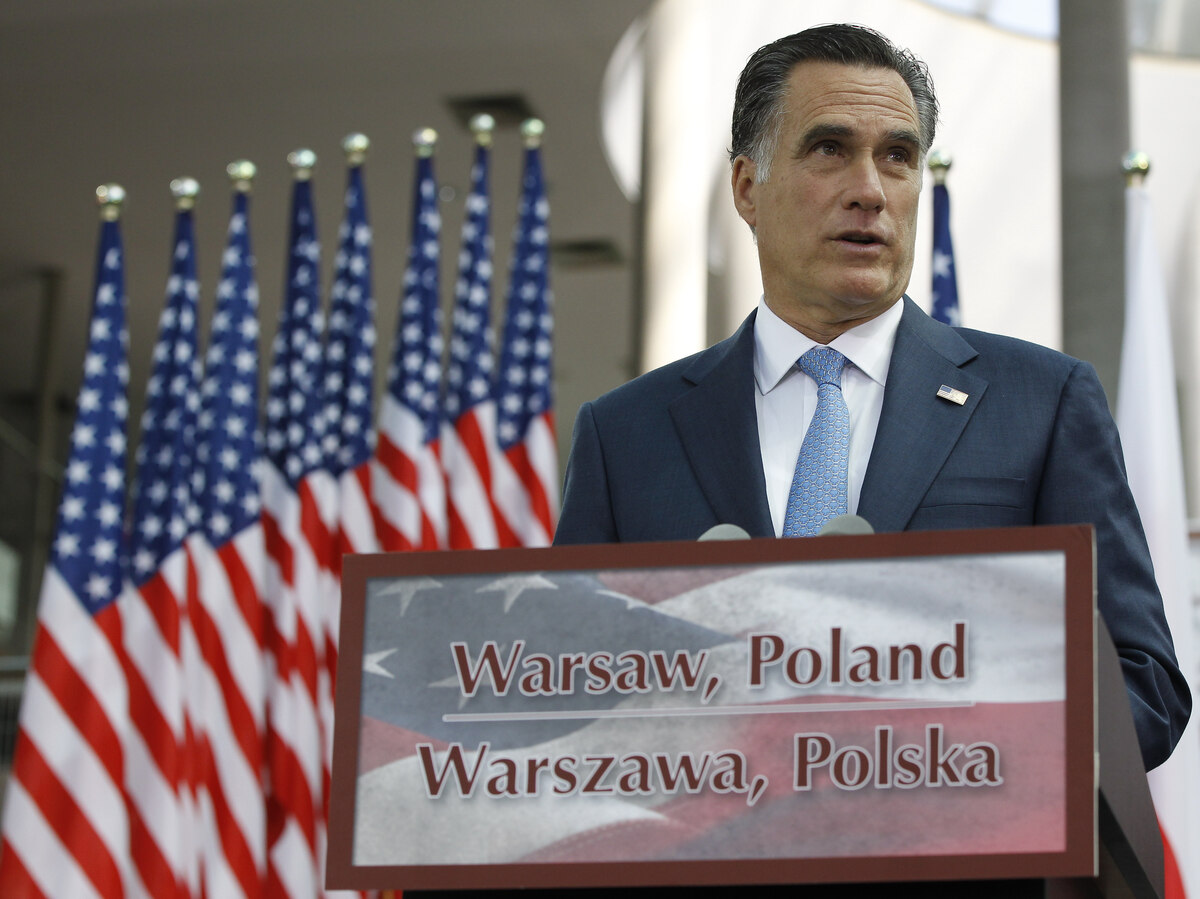 Mitt Romney speaks at the University of Warsaw Library in Warsaw, Poland, on Tuesday.

On Tuesday, Romney wrapped up his three-nation tour with a speech in Poland, while back home, his campaign announced a new app to keep track of the running mate selection process: "The historic announcement is getting closer," said campaign adviser Beth Myers.

In Poland, NPR's Eric Westervelt reports that Romney called the nation a key symbol of economic and political freedom. "You've weathered the storm, and continue to grow and flourish," Romney told an audience at the University of Warsaw.

Romney did not outline any policy ideas during his last public speech before heading back to the United States, Westervelt reports.

But as happened in England and Israel, Romney's Poland stop was punctuated by another unscripted moment.

It wasn't Romney speaking this time, and the target was American reporters, so this certainly didn't rise to the controversy level of Romney's comments about London's Olympic preparedness or economic differences between Israel and the Palestinian territories.

But Romney spokesman Rick Gorka did apologize to reporters after he responded to shouted questions with some colorful comments.

"Romney had just laid a wreath at the Tomb of the Unknown Soldier in Warsaw's Pilsudski Square, personally thanking and shaking hands with about 50 uniformed Polish soldiers who watched the silent ceremony. Then, in a gesture of gratitude, Romney pressed his hand to his heart and bowed his head."

"As he walked back to his vehicle, he ignored reporters' shouted questions. When a journalist noted that Romney has taken almost no questions from his traveling press corps throughout the foreign trip, Romney spokesman Rick Gorka retorted, 'Kiss my ass.'"

"'This is a holy site for the Polish people,' Gorka said. 'Show some respect.'"

"Moments later, Gorka told another reporter to 'shove it.'"

As Romney heads back to the United States, his campaign on Tuesday sent out a reminder that a running mate selection is still to come.

In a release, the campaign said:

"'The historic announcement is getting closer,'said Beth Myers, Romney Campaign Senior Adviser. 'Soon everyone will know who Mitt Romney selects as his Vice Presidential running mate. With this new app, users can be the first to know the second member of America's Comeback Team.'"

Not that Gorka had any say in the matter, but here's a quote from the iTunes description: "Just download the app and when Mitt decides on his running mate, you'll get an exclusive notification from the campaign letting you in on the exciting news before the press and just about everyone else (except maybe Ann)."

The Obama campaign also announced a new app on Tuesday, which it said would "bring key information and organizing tools directly to voters' fingertips."

Mashable has a review of both apps.