Accessibility links
Latest Jobs Data Maintain Status Quo Of Obama-Romney Race : It's All Politics The monthly jobs report pretty much left the presidential race unchanged, though it may benefit President Obama. The news that the economy had created far more jobs than were forecast was clearly good news for the incumbent. But Republican Mitt Romney jumped on an uptick in the jobless rate. 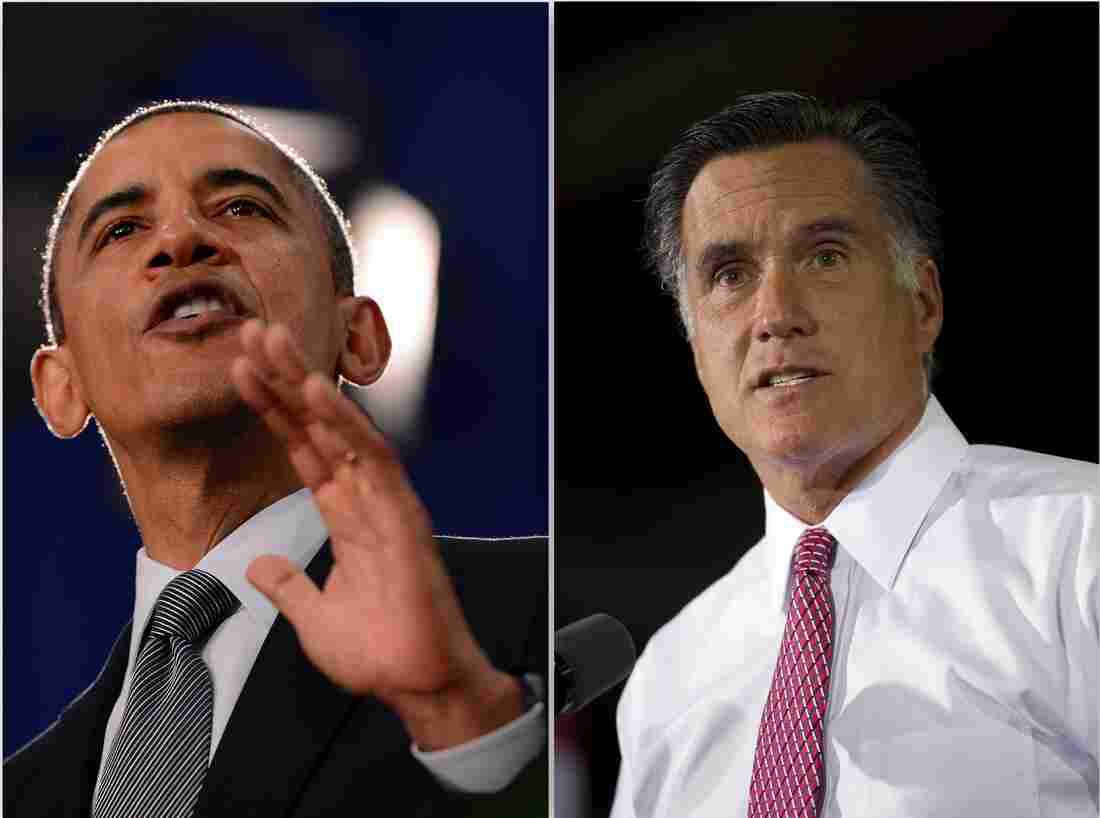 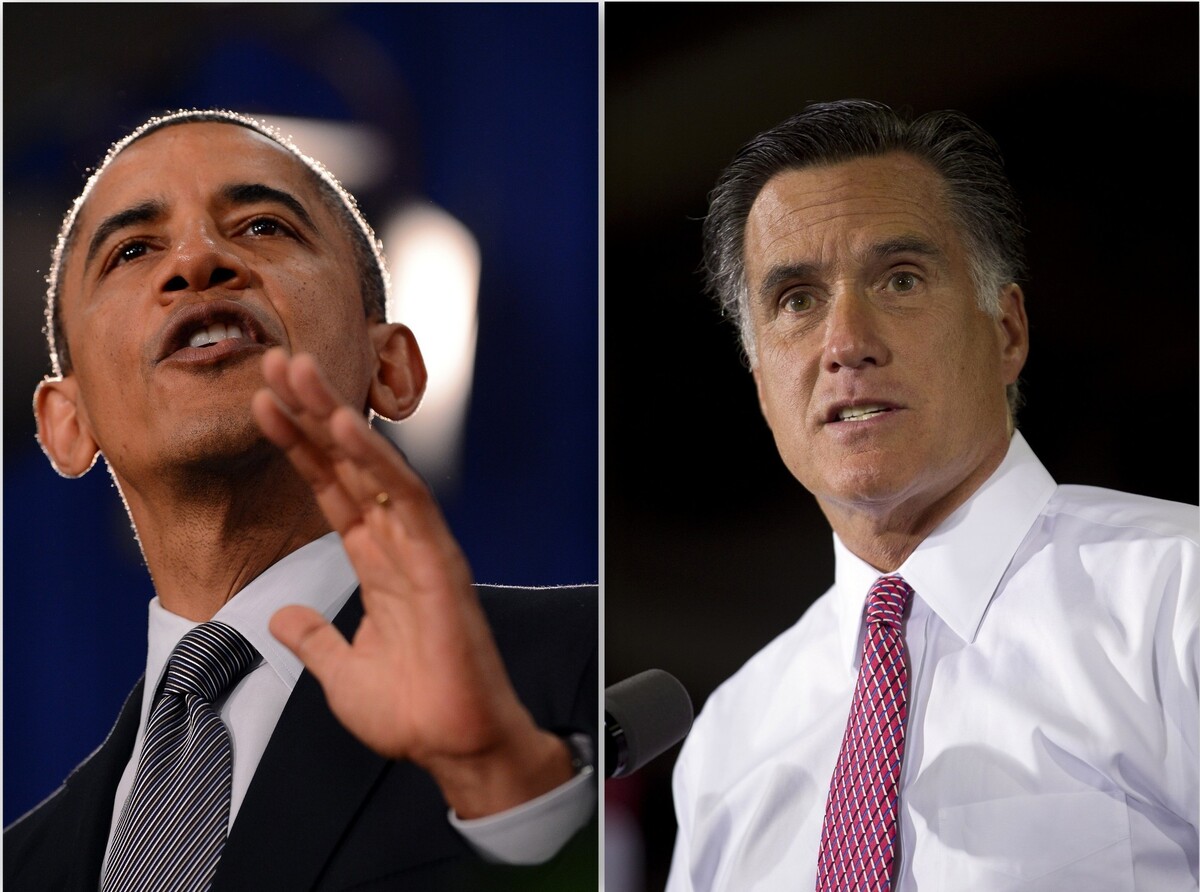 With only three monthly jobs reports left before Nov. 6, President Obama needs every piece of good economic news he can get to add to his argument for re-election.

Politically, however, it was significant, since the uptick allowed the president's opponents, particularly Republican rival Mitt Romney, to continue his argument that Obama has failed to turn around the economy and has no idea how to do so.

In short, the report maintained the status quo of the presidential race. It suggested that the economic recovery was still intact, though weaker than any recovery since World War II.

The upside wasn't so big as to have Democrats whistling "Happy Days Are Here Again," nor the downside so bad as to make Republicans ever more confident of a Romney victory in November.

James Thurber, director of the Center for Congressional & Presidential Studies, at American University, told It's All Politics:

"It certainly doesn't hurt Obama on the economy. It doesn't blow things away. But he's doing pretty well in the polls in several battleground states that are adding jobs, where unemployment rates are going down, like in Ohio.

"So this isn't super news but it's good news for Obama. And not so good news for Mitt Romney. It would have been better [for Obama] if they had created even more jobs, but that's quite a few jobs."

With the election less than 100 days away now, voter perceptions of the economy are pretty much baked in, with only a small percent of the electorate still persuadable, according to Thurber. And the closer Election Day gets, the fewer voters will be in that group, with perhaps only 10 percent to 12 percent of voters still open to persuasion 30 days before the election, Thurber said.

"So all these billions of dollars being spent are being spent on those people in those battleground states. A dramatic change in the economy, an improvement might change that slightly. And certainly if it gets negative dramatically, that could change it a little bit.

"But basically [a 10th of percentage point change in the jobless rate] is not going to make that much of a difference in that swing vote, in my opinion."

Thurber cites the presidential election forecast models by political scientists like Alan Abramowitz at Emory University and others, like Nate Silver of the New York Times' FiveThirtyEight blog, which show Obama with a better than even chance for re-election based on economic data.

Thurber's point: It would take a game changer of an event to really change the dynamics of those models. And Friday's jobs report was not a game-changer event.

Not only are voter attitudes mostly baked in at his point, so are the presidential candidates and their campaigns, both of which sounded themes heard well before Friday.

Speaking at an event at the White House, President Obama said:

"This morning, we learned that our businesses created 172,000 new jobs in the month of July. That means that we've now created 4.5 million new jobs over the last 29 months — and 1.1 million new jobs so far this year. Those are our neighbors and family members finding work, and the security that comes with work.

"But let's acknowledge, we've still got too many folks out there who are looking for work. We've got more work to do on their behalf — not only to reclaim all the jobs that were lost during the recession, but also to reclaim the kind of financial security that too many Americans have felt was slipping away from them for too long.

"And we knew when I started in this job that this was going to take some time. We haven't had to come back from an economic crisis this deep or this painful since the 1930s. But we also knew that if we were persistent, if we kept at it and kept working, that we'd gradually get to where we need to be.

"Here's the thing. We are not going to get there, we're not going to get to where we need to be if we go back to the policies that helped to create this mess in the first place. And the last thing that we should be doing is asking middle-class families who are still struggling to recover from this recession to pay more in taxes."

"Today's increase in the unemployment rate is a hammer blow to struggling middle-class families. Yesterday I launched my Plan for a Stronger Middle Class that will bring more jobs and more take home pay. My plan will turn things around and bring the economy roaring back, with twelve million new jobs created by the end of my first term. President Obama doesn't have a plan and believes that the private sector is 'doing fine.' Obviously, that is not the case. We've now gone 42 consecutive months with the unemployment rate above eight percent. Middle class Americans deserve better, and I believe America can do better."

By the way, Jim Tankersley, who covers the intersection of economics and politics for National Journal, has a piece that raises an important point. The nation has for more than a decade witnessed repeated jobless recoveries.

There are structural reasons for this, as the economy has changed through offshoring and technology. But, as Tankersley points out, neither candidate is talking much, if at all, about any of this.