Accessibility links
Missouri's Claire McCaskill Gets Clarity On Her Opponent, If Not Her Future : It's All Politics The Democratic senator gets her preferred opponent in November with Rep. Todd Akin's victory in the state's Republican primary. But McCaskill still has an uphill fight to re-election.

Missouri's Claire McCaskill Gets Clarity On Her Opponent, If Not Her Future

Missouri's Claire McCaskill Gets Clarity On Her Opponent, If Not Her Future 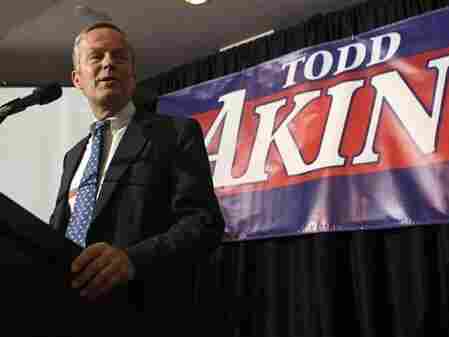 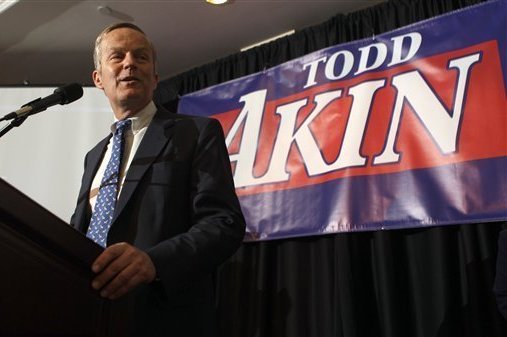 The only sure thing for Sen. Claire McCaskill, the embattled Missouri Democrat trying to remain in the Senate, is that she now knows who her challenger will be this fall: U.S. Rep. Todd Akin.

The biggest question that remains is whether she'll be able to overcome the strong conservative currents in her state, which have become stronger since she was first elected in the pre-Tea Party year of 2006.

Akin, the Republican she preferred to face, won his party's primary Tuesday night, the victor in a three-person race.

In truth, it's not exactly precise to say Akin's nomination is the only certainty. It's also clear that McCaskill, long viewed as the Senate's most vulnerable Democrat, faces a continued onslaught of attacks from well-funded groups, including Crossroads GPS, an outside group linked to GOP political strategist Karl Rove.

Crossroads was up with a new issue ad Wednesday meant to keep McCaskill on the defensive, linking her to higher taxes and the Affordable Care Act.

While McCaskill, who is looking for a second term, didn't publicly announce that her re-election strategy included trying to help Akin win the nomination, that certainly seemed the case to many observers.

Her campaign's ads against the three Republicans vying to challenge her — Akin, Tea Party favorite and former state Treasurer Sarah Steelman and St. Louis businessman John Brunner — looked tailor-made to appeal to the most conservative Missourians.

If that indeed was McCaskill's strategy, it made sense given recent polls pitting her against each potential rival: Of the three Republicans, Akin's lead over McCaskill was narrowest.

As the St. Louis Post-Dispatch reported:

McCaskill never admitted trying to help Akin, but her ads against all three candidates told a different story. While delivering outright negative attacks on Brunner and Steelman, McCaskill's ad against Akin featured upbeat music and American flags. Her criticisms of Akin were more like compliments in a conservative Republican primary. McCaskill's ads said he opposed big government and wants to cut the federal departments of energy and education, and that he had been hotly critical of Obama.

McCaskill was also fairly upfront about her concerns about the kind of money the deep-pocketed Brunner might be able to spend against her. The Kansas City Star reported:

University of Missouri-Columbia political scientist Peverill Squire said McCaskill, 59, wound up engineering who her fall opponent would be "to a greater degree and in a more transparent way than anything we can think of in recent memory."

In his losing bid, Brunner, a political newcomer who struggled early on to explain why he was running, spent $7.5 million of his own money. McCaskill admitted that she had worried about how much Brunner might spend in the general election.

"I was a little intimidated by the amount of personal wealth that John Brunner was going to be willing to put on the table to buy a Senate seat," she said.

Now that McCaskill has the matchup with Akin she wanted, she's got her work cut out for her as outside GOP money continues to pour into the state.

Republicans have tried to link her to President Obama at every turn. McCaskill doesn't deny that she supports the president, who says she has asked him to campaign with her in Missouri. But she maintains she has disagreed with him when she's felt it necessary.

Unlike in 2008, McCaskill won't be at the Democratic National Convention; she will be in Missouri campaigning. She has spent much of her time when back in Missouri traveling the state in an RV and updating followers on Twitter.

Whether that will be enough to overcome the forces against her remains to be seen. But McCaskill is by now a very tested veteran of the fierce and close elections in her state. If she comes up short, it likely won't be for lack of effort.