Accessibility links
Ryan's District Gains Despite His Positions : It's All Politics Mitt Romney's running mate has staked out a reputation as a fiscal conservative, opposing the economic stimulus as well as earmarks. But when it comes to helping out his district in southern Wisconsin, Rep. Paul Ryan's principles have been flexible. 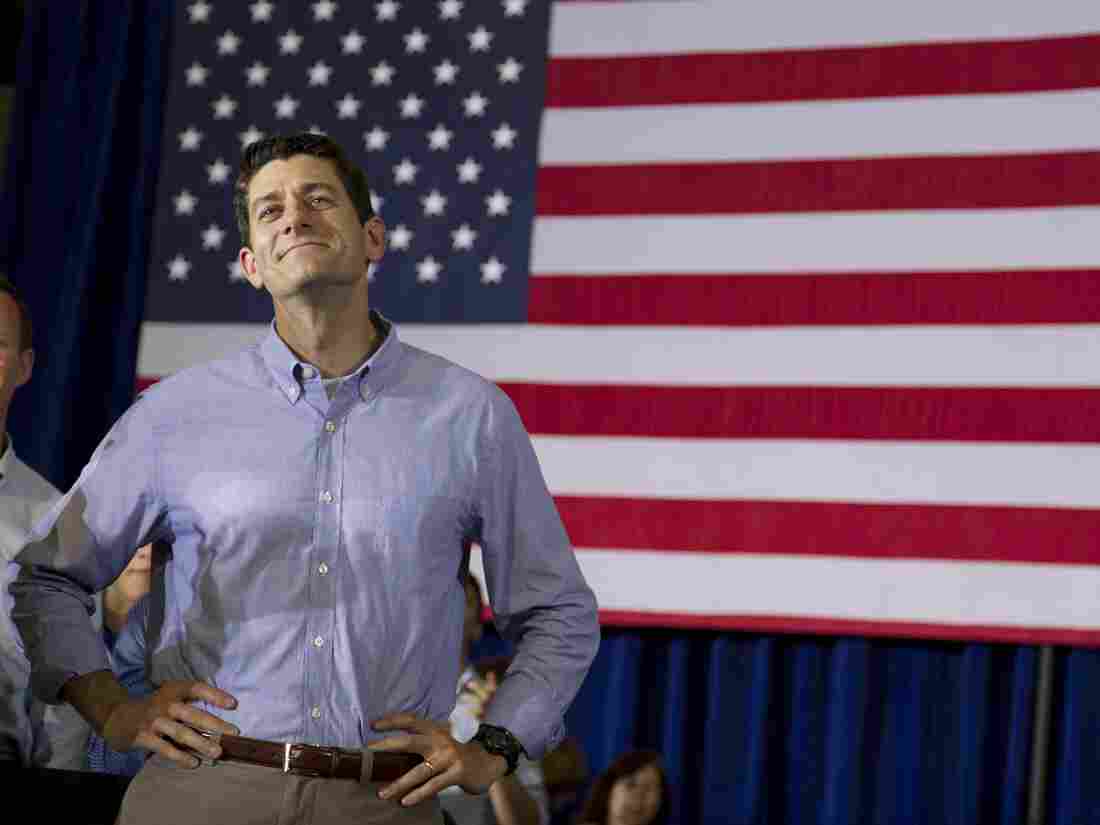 Rep. Paul Ryan, R-Wis., at a campaign event on June 18 in Janesville, Wis. Ryan, Mitt Romney's running mate, has made sure his constituents haven't been left out of federal programs like the stimulus. Evan Vucci/AP hide caption 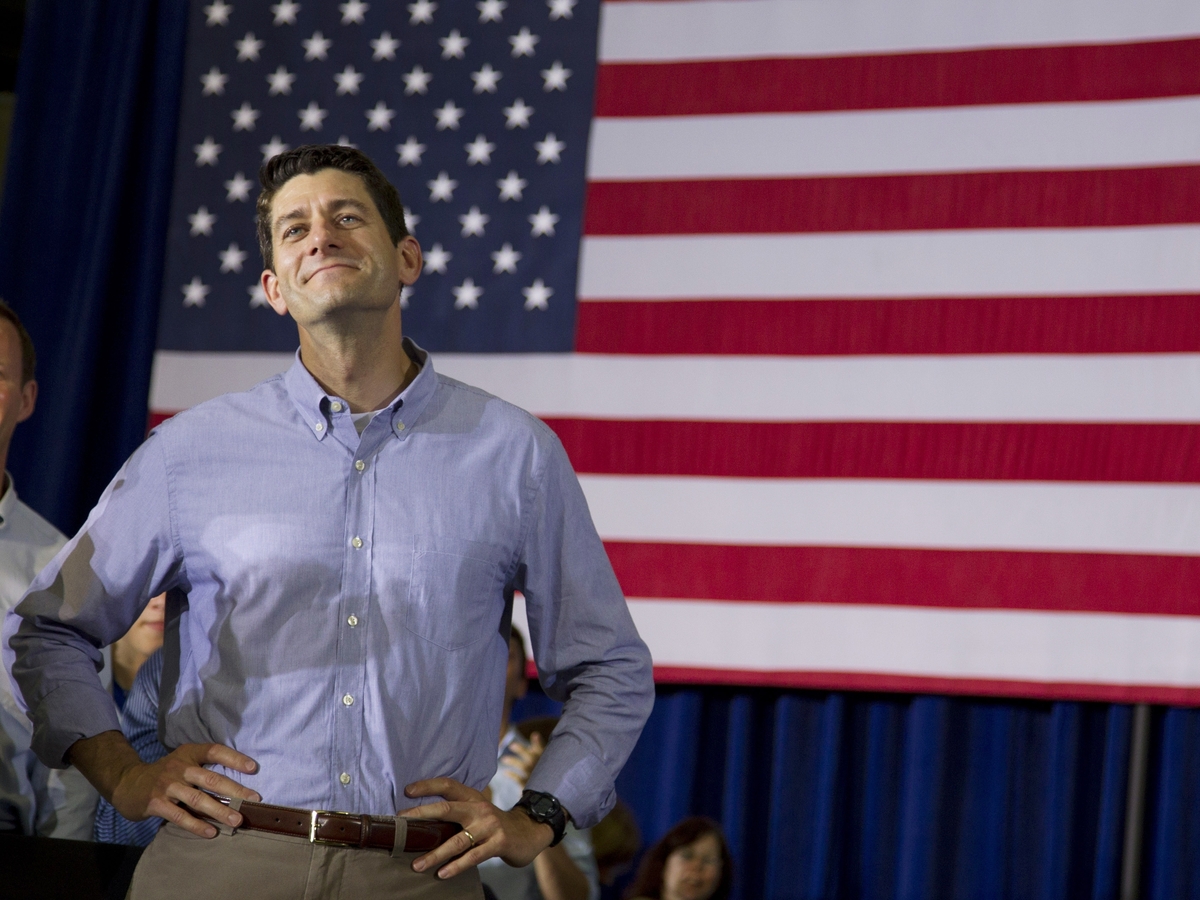 Rep. Paul Ryan, R-Wis., at a campaign event on June 18 in Janesville, Wis. Ryan, Mitt Romney's running mate, has made sure his constituents haven't been left out of federal programs like the stimulus.

Republican presidential candidate Mitt Romney's running mate, Paul Ryan, has staked out a reputation in Congress as a fiscal conservative. He has spoken out against President Obama's efforts to jump-start the economy with the stimulus law and, after a conversion a few years ago, now opposes earmarks. But when it comes to helping out his district in southern Wisconsin, Ryan's principles have been flexible.

Ryan was never a fan of the American Recovery and Reinvestment Act, as the stimulus is officially known. He voted against it when it came to the House floor in 2009, as did every other House Republican, and he railed against it in frequent TV appearances.

"Temporary stimulus does not work," he said on CNBC. "It does not give businesses confidence to invest in jobs and capital for the future. It's just sort of sugar-high economics."

But despite his denunciations of the measure, Ryan made sure his constituents were not left out when the money was divvied up. When the Energy Center of Wisconsin, a nonprofit that promotes energy-efficient buildings, sought Ryan's help in obtaining stimulus money, he came through.

"We asked the entire Wisconsin congressional delegation for support of several proposals that we were submitting under that funding, and Rep. Ryan did support a couple of the proposals that we submitted," said Leslie Post, a spokeswoman for the Energy Center.

The Energy Center received nearly $250,000 in stimulus money thanks in part to Ryan's efforts. The Wisconsin Energy Conservation Corp. did even better, receiving a $20 million grant for energy-efficiency projects.

There have been other occasions where Ryan has acted for his constituents in ways that might not please the most ardent Tea Party supporters. He voted for the auto industry bailout, which Romney opposed. Ryan's hometown, Janesville, Wis., was home to a since-shuttered GM plant. He also voted for the Troubled Asset Relief Program to rescue the financial industry, saying during House debate that though it violated his principles, it was necessary to prevent a banking crisis.

Ryan has also worked for his 1st District constituents in less public ways.

John Beckord, president of the economic development group Janesville Forward, says Ryan only has to be asked and he'll pick up the phone to help recruit a new company to the area.

"A call from Paul Ryan to a CEO of that company is, I think, most often accepted, and Paul at the very least, I think, can encourage that CEO to at least take a look," Beckord said

Still, some in Janesville wish Ryan would do more. Earlier in his congressional career, he delivered more than $5 million in earmarks to his district, according to Taxpayers for Common Sense. Ryan has since renounced the use of earmarks, though Beckord says not everyone agrees with that position.

"There are people in the community who wish someone with the stature of Congressman Ryan might help us get some earmarks for this or that," he said.

But Ryan has now convinced many in the 1st District that, as Beckord puts it, business as usual when it comes to earmarks is not a plan for the future.