Accessibility links
Ryan Takes His Workout On The Road : It's All Politics On the campaign trail in Pittsburgh this morning, NPR's Ari Shapiro stopped into the hotel gym for an early morning workout. The other person working out in the tiny fitness center had two things of note: an iPad app for the intense P90X exercise routine, and a Secret Service escort.

Ryan Takes His Workout On The Road

Ryan Takes His Workout On The Road 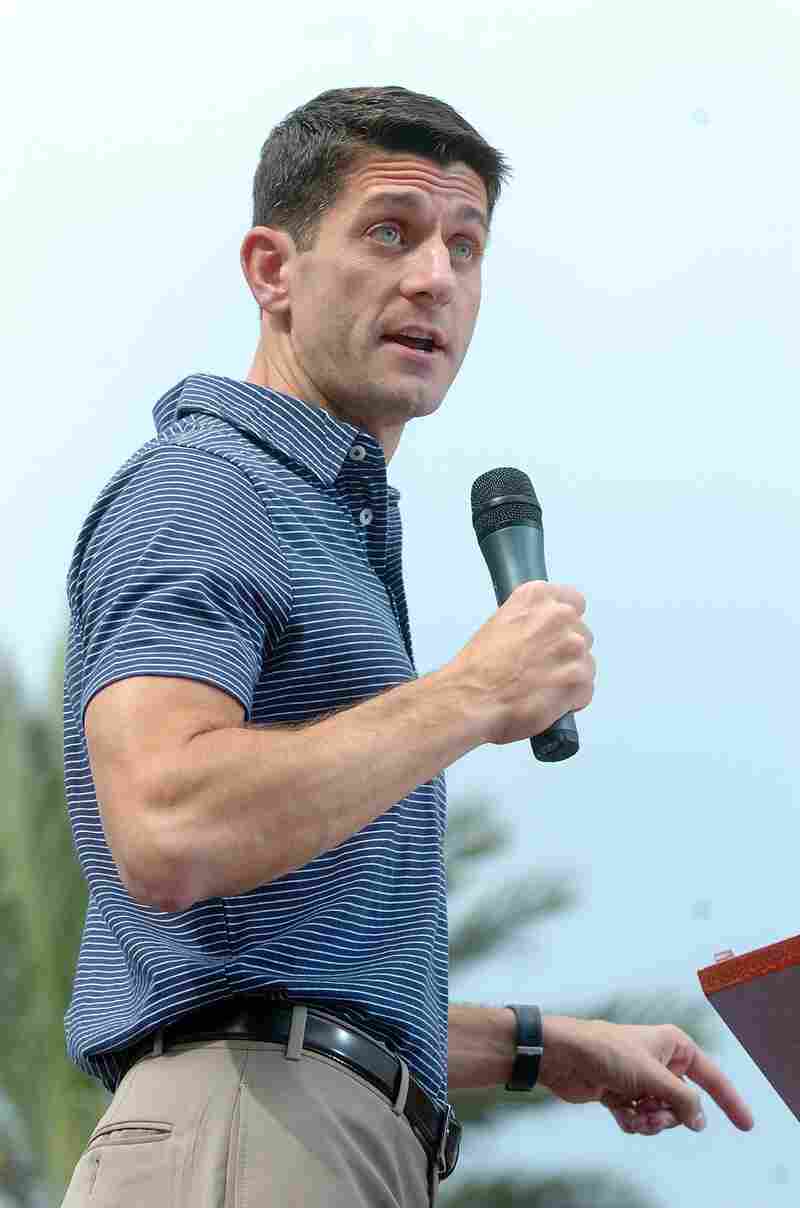 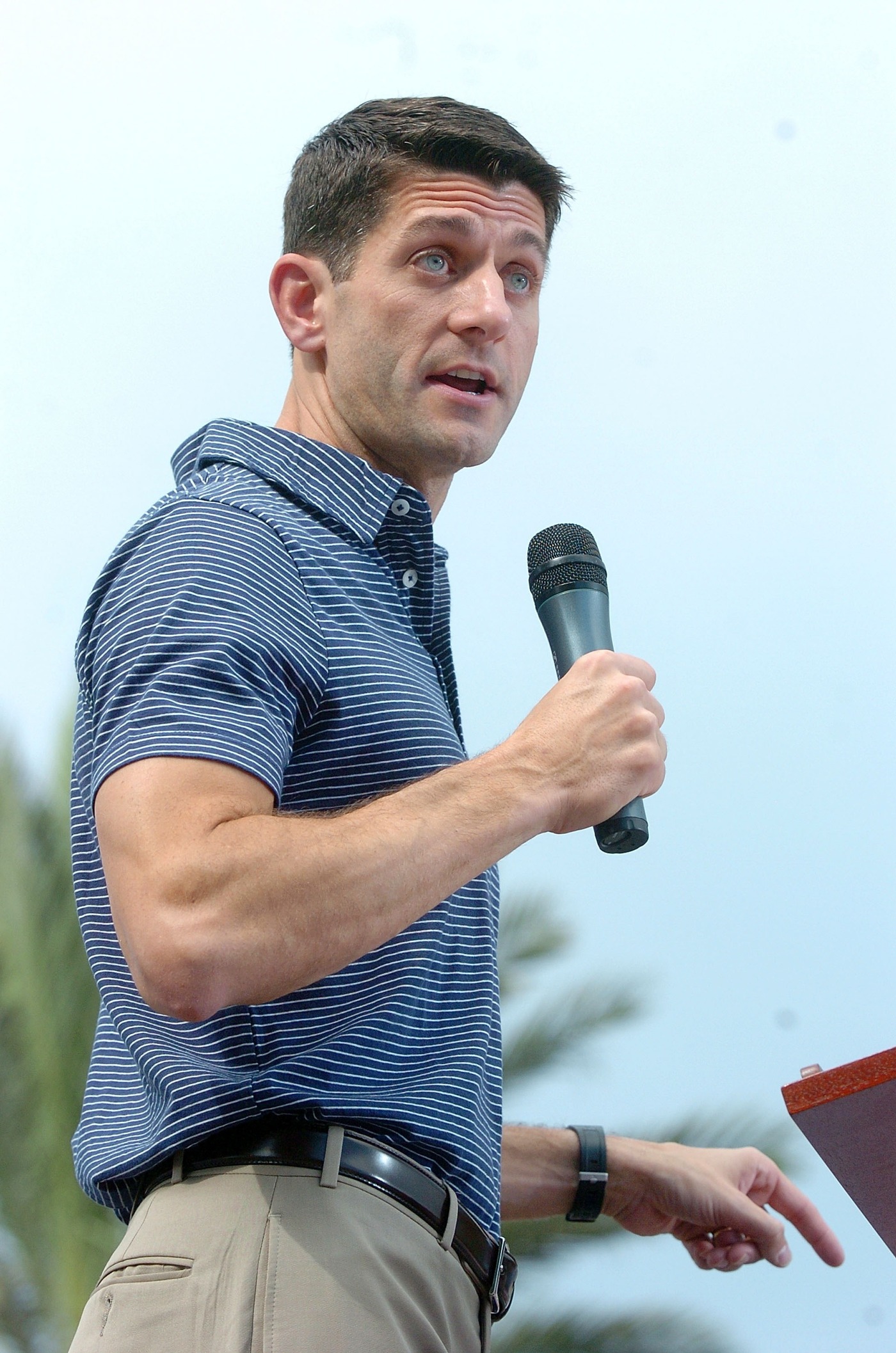 From the window of my room at the Courtyard Marriott in downtown Pittsburgh, I can see a sliver of the hotel fitness center. This morning I looked down there and saw a guy with an earpiece. Secret Service.

So I wasn't entirely surprised to walk into the tiny exercise room a little after 7 a.m. and find the Republican vice presidential candidate working out. There was a row of about half a dozen elliptical machines and treadmills, one workout bench, a small rack of dumbbells, an inflatable exercise ball, and a folding workout mat.

Paul Ryan had staked out a spot between the workout bench and the weights. He wore a red Wisconsin Badgers baseball cap, a green short-sleeved workout shirt, gray running shorts, and Asics running shoes. The only sign that he was part of the biggest political story in America right now was a lone Secret Service agent, who spent most of his time standing outside the door to the fitness center.

I couldn't immediately tell whether Ryan was doing P90X, the extreme workout routine that he reportedly prefers. All I could see was a lot of pushups (T pushups, one-handed pushups, clapping pushups) and a lot of crunches. It seemed way more intense than Mitt Romney's workout, which usually includes nothing more than a stint on an elliptical machine. Then again, at 42, Ryan is the age of Romney's oldest son.

As I ran on the treadmill, a woman in a baseball cap came up and started chatting with Ryan. She asked for a photo, and he took one with her iPhone. He explained that if they tilted their heads up, the baseball caps wouldn't obscure their faces in the photo. After one shot with his arm in the photo, he tried again. She thanked him and left.

At this point he was doing weights along with the pushups and sit-ups. Triceps, shoulders, chest. There was some deep breathing but no embarrassing grunting. He took regular water breaks from a cup on the workout bench.

Another woman walked up, requested a photo, and asked about his routine. He showed her the P90X app on his iPad, which he'd balanced on the workout bench. From the tone of her questions, it sounded as though she was familiar with the routine.

At one point he laughed and told her he doesn't do the "Insanity" workouts in a hotel fitness center. "If I did, I'd look like that guy," Ryan said, pointing at me, in a tank top, drenched from a sprint on the treadmill.