Accessibility links
Will Tropical Storm Isaac Blow The GOP Convention Off Course? : It's All Politics Republicans will have to rewrite their script if the storm, which is forecast to hit hurricane strength, stays on course to hit Tampa on Monday. That's the first scheduled day of the party's nominating convention.

Will Tropical Storm Isaac Blow The GOP Convention Off Course?

Will Tropical Storm Isaac Blow The GOP Convention Off Course? 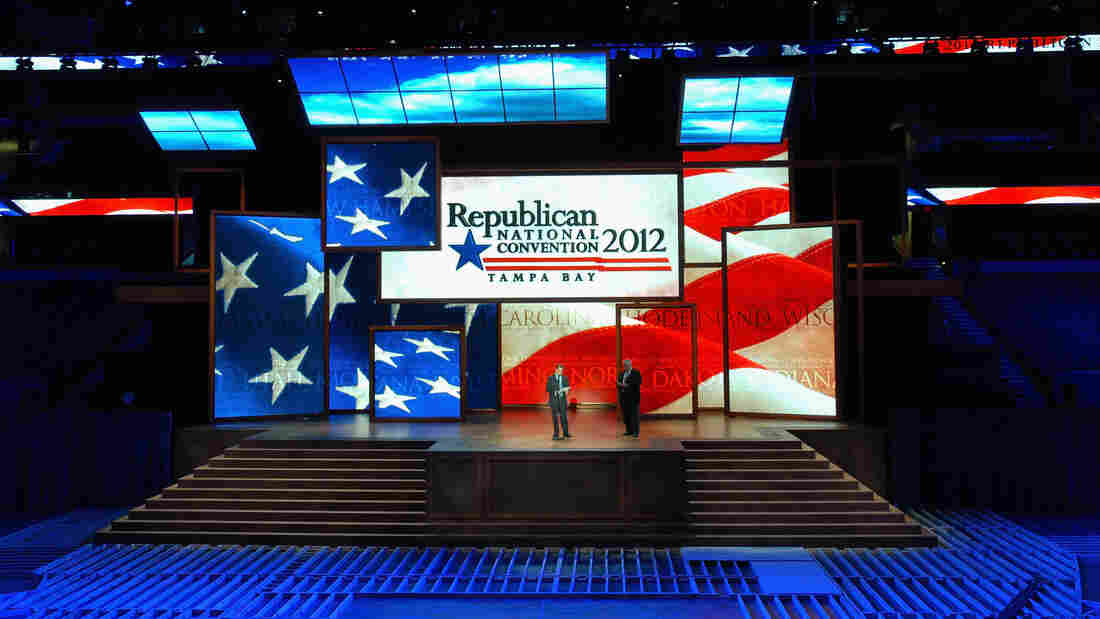 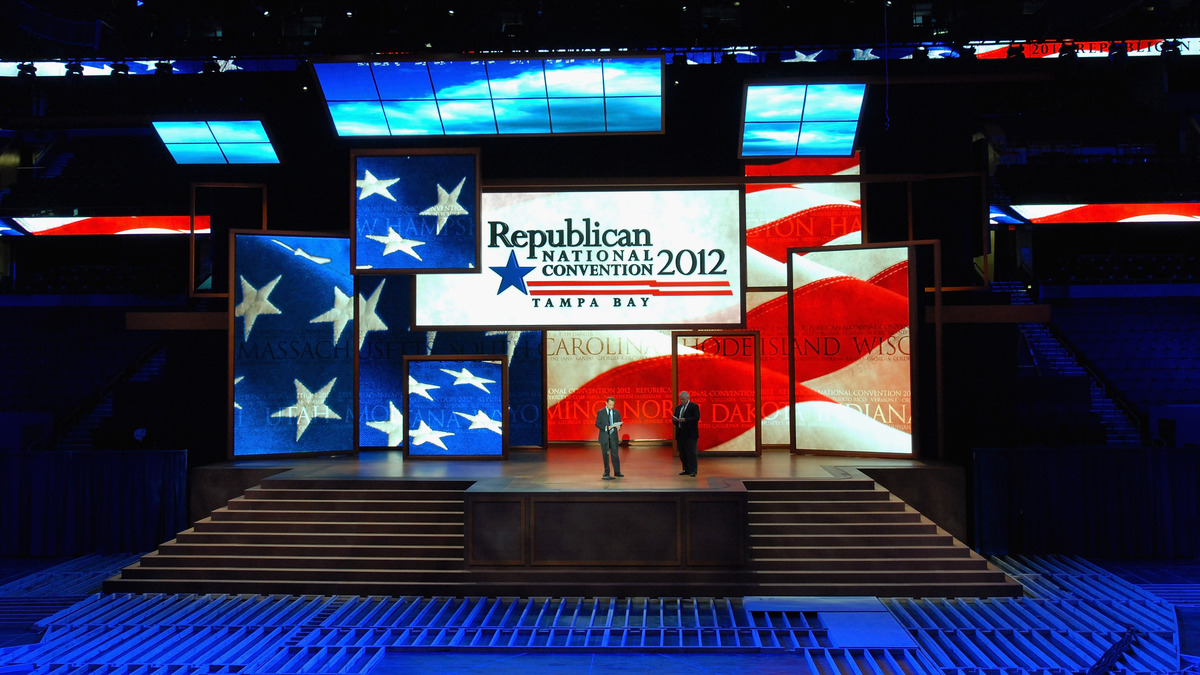 Hurricanes and politics don't mix. That's why next week's gathering in Tampa, Fla., might be the second-consecutive Republican National Convention to be delayed by a storm.

Tropical Storm Isaac is gathering strength in the Caribbean and is expected to swirl into a hurricane that could hit Tampa on Monday. (Check the National Hurricane Center's website for the latest forecasts.) That coincides with opening day of the four-day GOP gathering, where former Massachusetts Gov. Mitt Romney will presumably become the official nominee for president.

"Obviously, public safety trumps politics," Tampa Mayor Bob Buckhorn said on NPR's Tell Me More. "Any decision that we make would be done in conjunction with the Republican National Convention."

Buckhorn said he hopes Isaac will head east and avoid Tampa, but emphasized that the city will be prepared to deal with the storm if it comes. The city has 400 buses ready to shuttle Republicans and their guests to safety from the Tampa Bay Times Forum, the hockey arena that is hosting the convention and is located in a mandatory evacuation zone once winds reach 96 miles per hour.

In a statement Thursday, Republican National Convention CEO William Harris said, "We continue to move forward with our planning and look forward to a successful convention." He added that "our primary concern is with those in the potential path of the storm."

Officials with Tampa, the state of Florida and the Republican Party, along with the Secret Service, which would coordinate the convention's emergency response, all say they have contingency plans ready to go. No one is yet discussing when a decision would be made about postponing the convention's opening or what that would mean for the order of proceedings.

There had been talk that a speech Monday by Ann Romney, the wife of the nominee-in-waiting, would be postponed anyway because the major TV networks weren't planning to broadcast the proceedings.

Four years ago, events on the first day of the GOP convention were largely scrapped due to a storm — even though it was thousands of miles from the convention hall. Republicans gathered in Saint Paul, Minn., in 2008 but didn't want to seem insensitive with Hurricane Gustav then threatening New Orleans.

Arizona Sen. John McCain, the party's nominee that year, had been photographed alongside President George W. Bush and a birthday cake when Hurricane Katrina struck the Gulf Coast in 2005. So as Gustav was bearing down on the Gulf in 2008, McCain told Republicans to mute the festivities and visited an emergency command center in Mississippi.

Bush had been slated to speak on the convention's opening day but skipped it in favor of visiting emergency response centers in Texas.

Tampa was last affected by a hurricane in 2004, when Hurricane Jeanne came near enough to cause gusts of up to 67 mph in the city. There were no deaths in the immediate area.

The most violent storm to hit the area — the "Great Gale of 1848" — was strong enough to cause 15-foot tides in the city. That storm pushed water over land that is now the site of the Tampa Bay Convention Center, Bloomberg reported, which is where news media will be headquartered during the GOP convention next week.

"One of the advantages to living in Florida is that we're prepared to deal with this," said Buckhorn, the Tampa mayor. "We live with this reality every storm season."