Accessibility links
Romney's Auto Bailout Stance Complicates Campaign In Battleground Ohio : It's All Politics The auto industry is big business in Ohio. Billions of dollars' worth of cars and auto parts are made in the state each year, and hundreds of thousands of unionized auto workers live in the state. So, the auto bailout is a hot issue — and a complicated one. 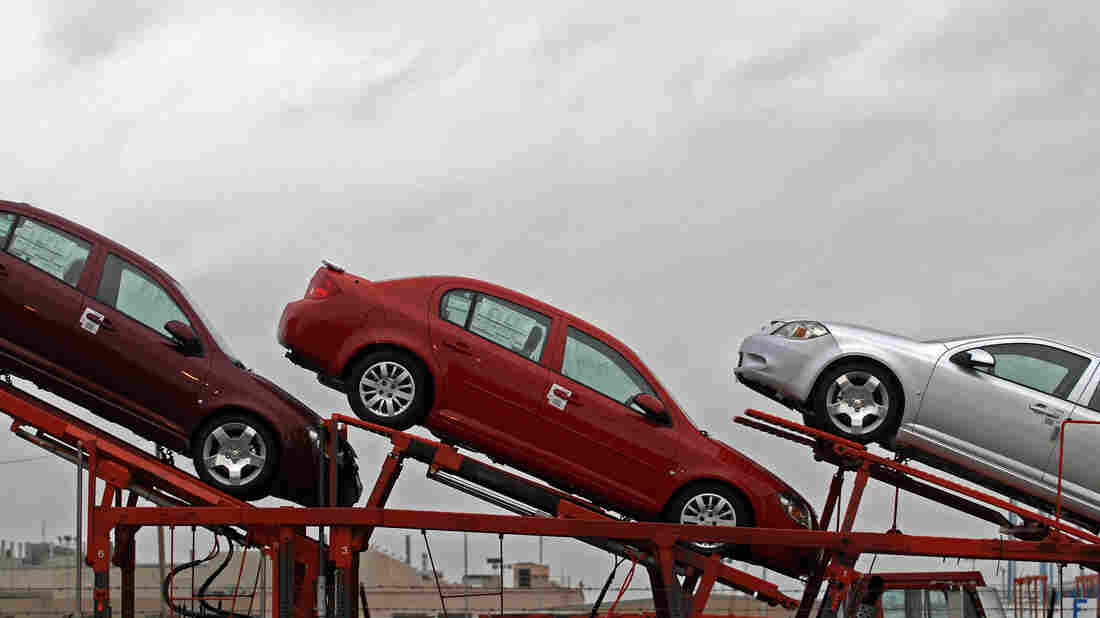 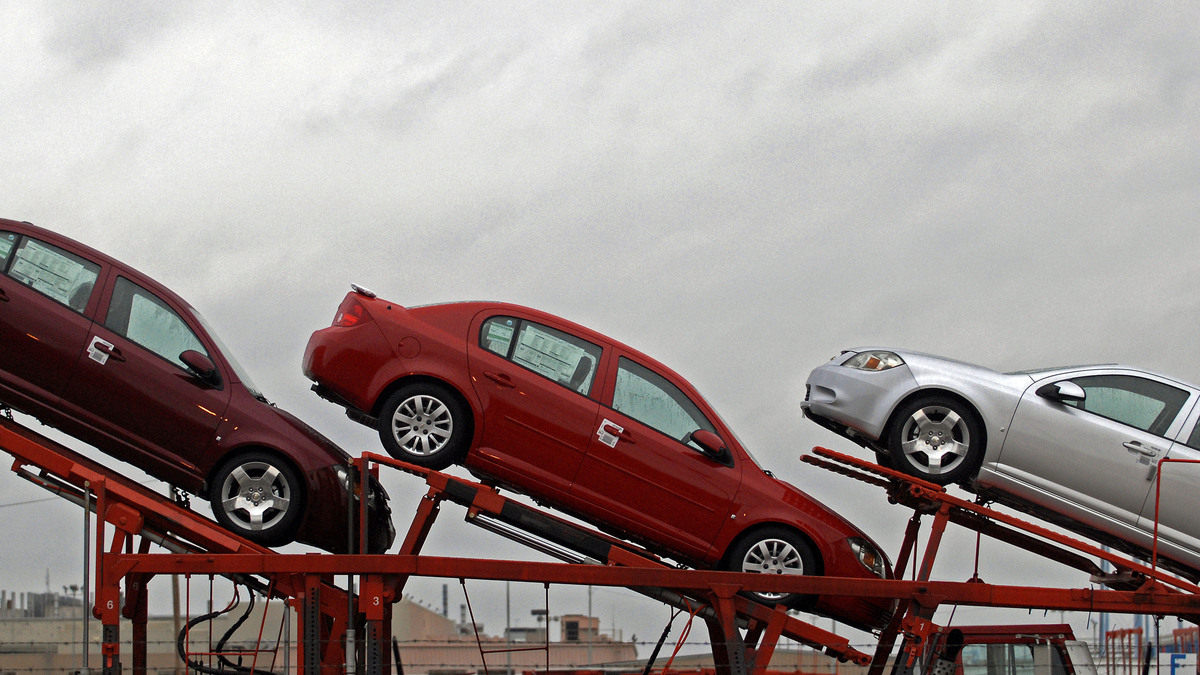 Cars at the General Motors Assembly plant in Lordstown, Ohio, in 2009.

The auto industry is big business in Ohio. Billions of dollars' worth of cars and auto parts are made in the state each year. Thousands of unionized auto workers live in Ohio, as do the business owners and employees who make it one of the top auto parts suppliers in the nation.

So, the auto bailout is a hot issue — and a complicated one.

But the Romney campaign has started to address the bailout and has put out an ad in Ohio that mentions the closure of General Motors dealerships in the bailout.

The ad features a northeast Ohio dealer who says his business closed after GM suspended his credit line in 2009. But the ad was rated "half true" by PolitiFact because it's unclear whether the dealership was closed because of the bailout or because of a closure plan GM had put into place before that.

For a while, Romney's position on the bailout has been a topic of discussion in Ohio. In 2008, he wrote an op-ed that's become well-known for its headline: "Let Detroit Go Bankrupt."

And for years after, it was widely reported that Romney opposed the bailout.

But then this year, it appeared Romney's stance on the bailout shifted.

In an interview with Romney on May 4, the day before President Obama was preparing to launch his official re-election campaign at Ohio State University, Romney said that he had indeed backed the bailout because he had pushed for managed bankruptcy, which he says was necessary for the automakers to come back.

"The bailout of the American automakers is a big deal here in Ohio; it's likely to come up tomorrow when President Obama is here at Ohio State. You wrote in an op-ed in February that the bailout was — quoting here — 'crony capitalism on a grand scale.' But your spokesman said that your position — I'm quoting him here — 'was exactly what President Obama followed, and it infuriates them to hear that.' Can you clarify your position on the automakers' bailout?"

"Well, it's pretty straightforward because before President Obama was even president, back in November when there was a discussion about writing a check to the auto industry or having them go bankrupt, I said they must go bankrupt. That's the only way to get them back on their feet — if they're in trouble, they need to go through bankruptcy. And the Obama administration stalled for about six months and finally came to that conclusion. The companies went through bankruptcy. Now they're back on their feet. That was the right course — it was the course that I fought for."

President Obama's campaign hasn't made a standalone ad for Ohio about the bailout, but has included it in ads addressing the economy, like this one.

The auto industry, however, has come up in the campaign of one of Obama's chief backers, Sen. Sherrod Brown. The incumbent Democrat is waging an expensive battle for re-election. He's in an ad that looks like a car commercial, talking about how he and the Buckeye-built Chevy Cruze in the ad with him are "both from Ohio."

Critics have noted that his automotive co-star has wheels that actually aren't "from Ohio." But the Brown campaign says that doesn't distract from the message.

And in the Senate race, Brown's Republican challenger, Josh Mandel, largely has been avoiding the bailout issue. He has said he had his own plan to bring back the auto industry, but hasn't addressed that in any ads. And he's actively avoided answering questions about his thoughts on the bailout — sometimes awkwardly.

Karen Kasler is chief of the Statehouse News Bureau for Ohio Public Radio and Television.