Accessibility links
Ron Paul's Faithful Continue To Make Noise; Floor Fight Tuesday? : It's All Politics With 24 hours of nothing happening at the GOP convention in Tampa because of Tropical Storm Isaac, Ron Paul supporters for the second time in as many days made themselves the center of attention at Mitt Romney's nomination party. Tuesday, they may be at the center of a real floor fight over rules. 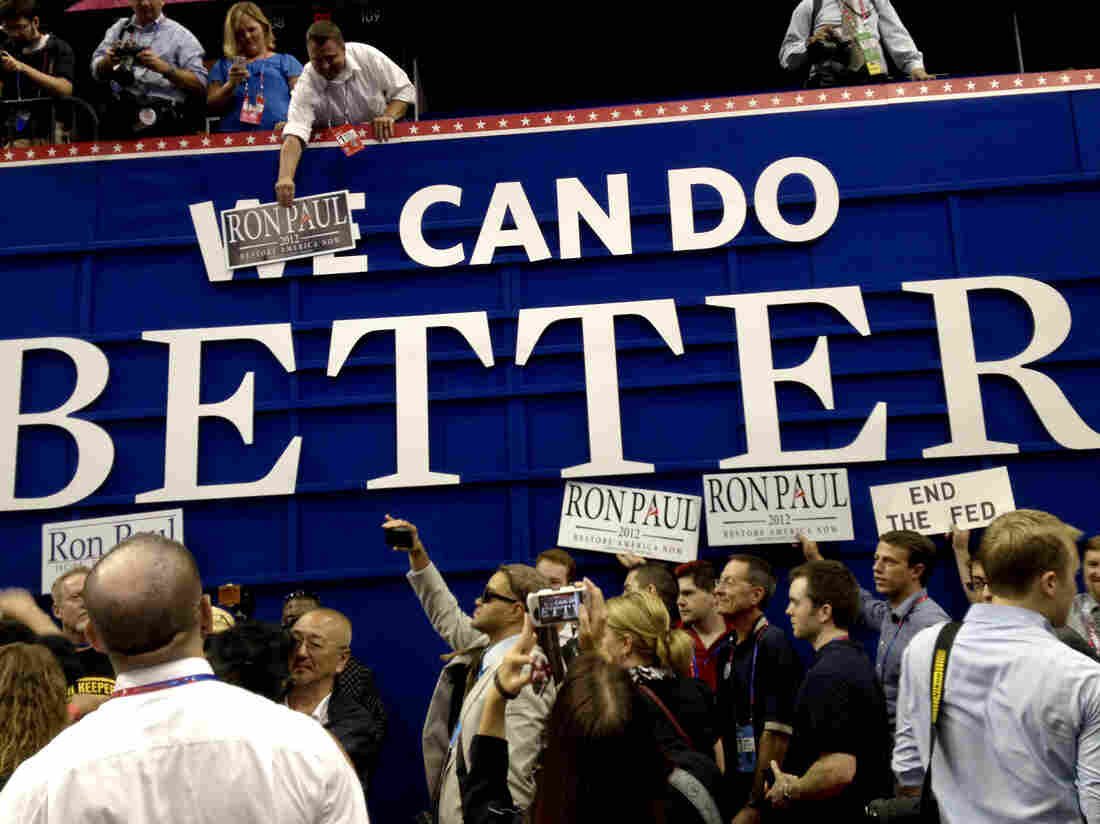 Ron Paul supporters pose with posters on the floor of the RNC on Monday in Tampa. They put "Ron Paul" over the word "We" on a GOP sign that says "We Can Do Better." Liz Halloran/NPR hide caption 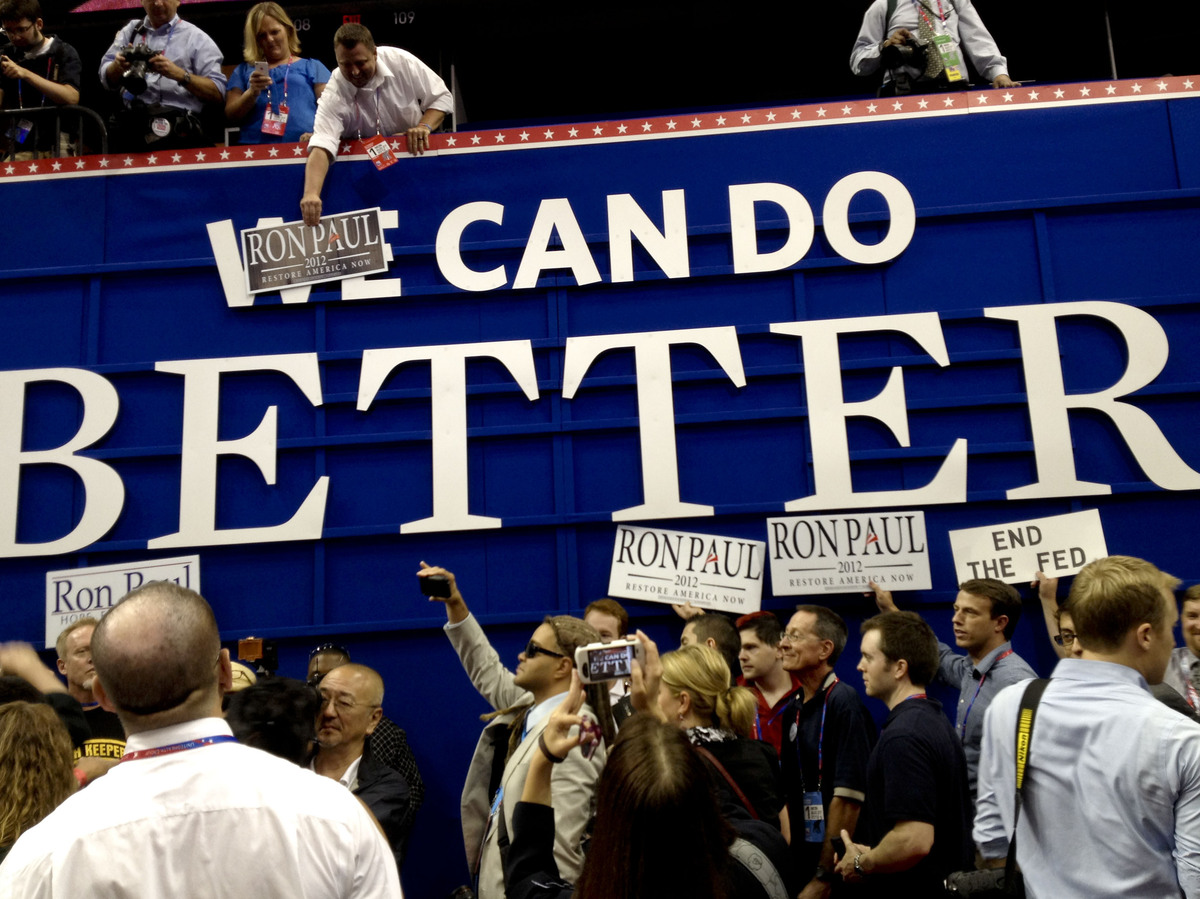 Ron Paul supporters pose with posters on the floor of the RNC on Monday in Tampa. They put "Ron Paul" over the word "We" on a GOP sign that says "We Can Do Better."

Oh, Isaac. How good you've been to the Ron Paul Revolution!

With 24 hours of nothing officially happening at the GOP convention in Tampa because of Tropical Storm Isaac, Ron Paul supporters for the second time in as many days made themselves the center of attention at Mitt Romney's big nomination party.

Sunday night close to 10,000 loyalists made a ruckus in the Sun Dome; on Monday, Paul's delegates were the ones gobbling up media attention - this time, on the floor of the Republican National Convention.

Though there was no official business Monday, the convention was briefly gaveled open as a formality. But many delegates showed up for the pomp and circumstance, and among them were a slew of Paul supporters.

And they were fully embracing their opportunities. Surrounded by microphones, cameras, scribbling reporters, they recounted their outrage at the RNC's decision to deny seats to duly elected Ron Paul delegates from Maine and other states.

"The RNC nullified the delegate slate from Maine, and basically picked our state delegates," said State Rep. Aaron Libby of York County in Southern Maine. "They took 10 of our original, elected Ron Paul delegates, and then picked 10 new ones."

How did the RNC decide who the new 10 would be?

"Good question," said Libby, a Ron Paul delegate who made the cut. 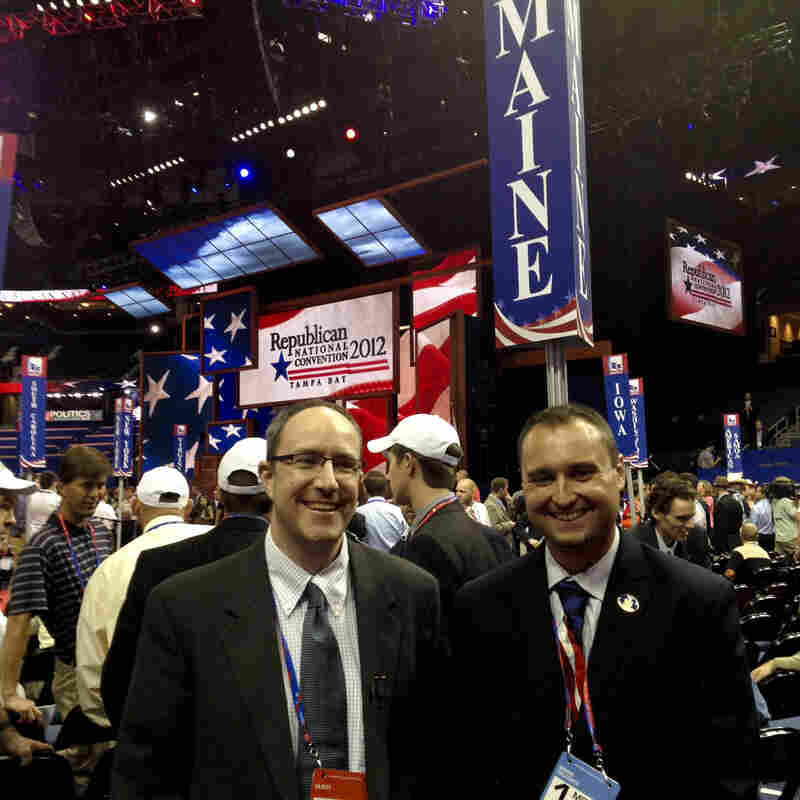 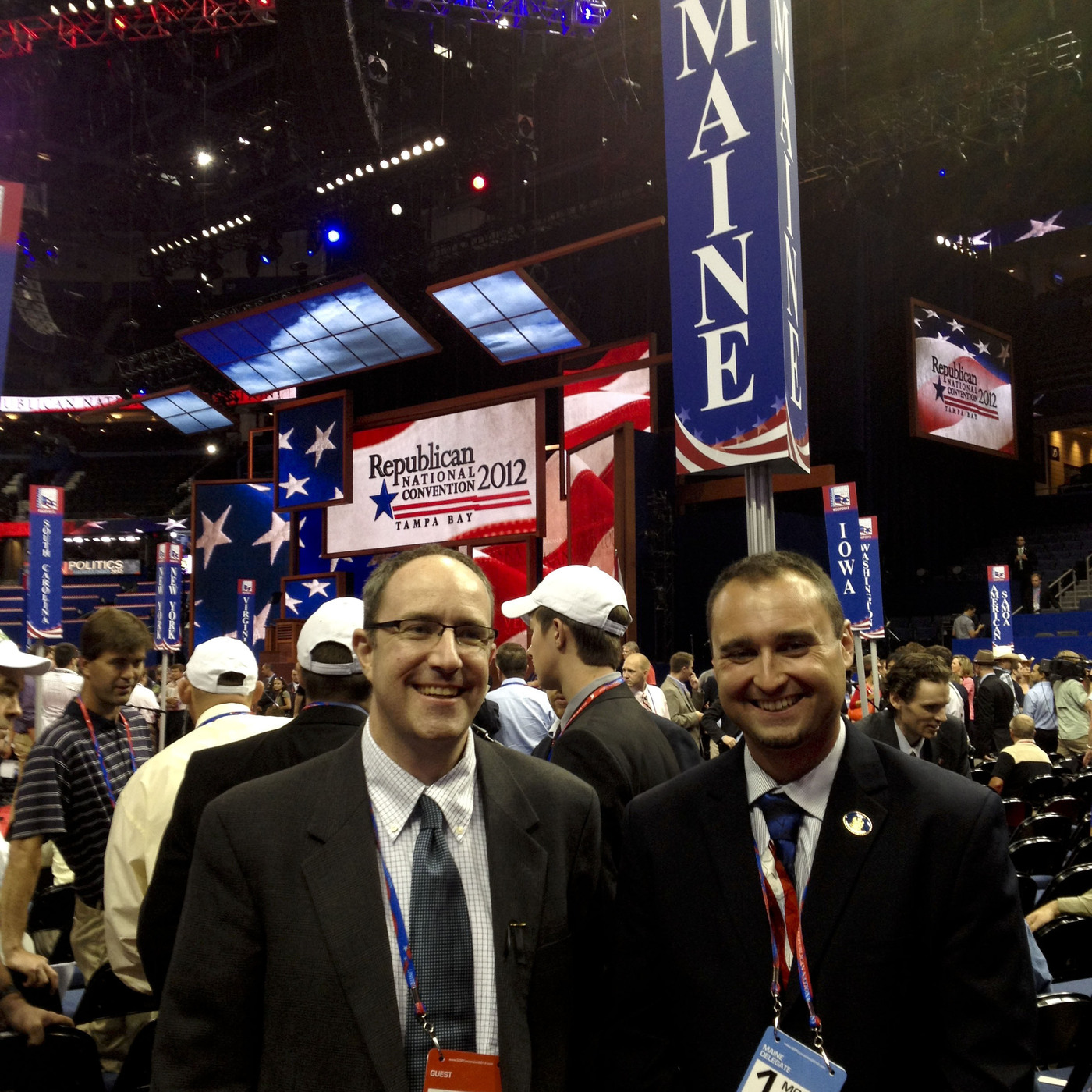 Ron Morrell, chairman of the York County Republicans, was picked as a Ron Paul delegate at the state convention, and axed by the RNC.

"I got bumped," he said, looking understandably peeved with his "Alternate Delegate status."

Over at Romney's native state of Michigan delegation area, a clutch of Ron Paul supporters who came to the convention as unbound delegates spoke of their misgivings about Romney.

"We personally think there's not too much difference between Romney and Obama," said Jacob Horward, 25, of Midland.

Said Tina Dupont, 51, of the Grand Rapids area: "There's a lot of unknowns about him."

The Paulites talked their talk of liberty, ending the Federal Reserve, and jettisoning Obamacare. They had pinned black ribbons to their shirts to honor, they said, their fellow Ron Paul supporters denied delegate seats.

And, at one point, they gathered to the side of the convention floor for an impromptu mini-rally during which they altered an official "We Can Do Better" banner by holding a "Ron Paul" sign over the "We."

Shortly thereafter, the RNC cleared the convention floor for "cleaning."

But clearing the floor on Monday doesn't mean that Paul's faithful won't be back and be heard on Tuesday.

The Paulites say that there are more of them embedded in state delegations than Republican officials are willing to acknowledge, and they are trying to organize a floor fight Tuesday to take on new proposed party rules that would hobble outsider candidates seeking to seat delegates at future conventions.

Many of the pro-Paul delegates were chosen at state party conventions, and not through the allocation process based on the results of presidential caucuses and primaries. The rules change would require that delegates be picked based on caucus and primary contest outcomes; not by state conventions.

"The new rule, however, gives presidential candidates veto power over their own delegates, representing a big boost in power for the candidates and a reduction for states. If Mitt Romney, for instance, didn't like a delegate slated to cast a vote in his favor at the convention, Romney could throw him out and choose an alternate.

" 'This is the biggest power grab in the history of the Republican Party because it shifts the power to select delegates from the state party to the candidate,' Republican National Committeeman Jim Bopp of Indiana said in an e-mail message to fellow committee members obtained by ABC News. 'And it would make the Republican Party a top-down, not bottom-up party.' "

Romney strategist Rush Schriefer in a late-afternoon conference call with reporters, said when asked about a potential floor fight over the rules change that he's not an expert "on the technicalities of the rule. That's not particularly my forte."

"We are a big party," he said. "We have people with opposing viewpoints." But, he added, "we are all united in defeating Barack Obama."