Accessibility links
S.C. Gov. Haley: Democrats' Attitude On Minorities Is Offensive : It's All Politics South Carolina Gov. Nikki Haley, who is Indian-American, accuses Democrats of telling minorities that the GOP is the "party that hates you."

Saying that "it's offensive to me as a woman and as a minority" that Democrats portray the GOP as "the party that hates you" when they reach out to non-whites, South Carolina Gov. Nikki Haley made the case this morning that it's the Republican Party that minorities should be looking to join. 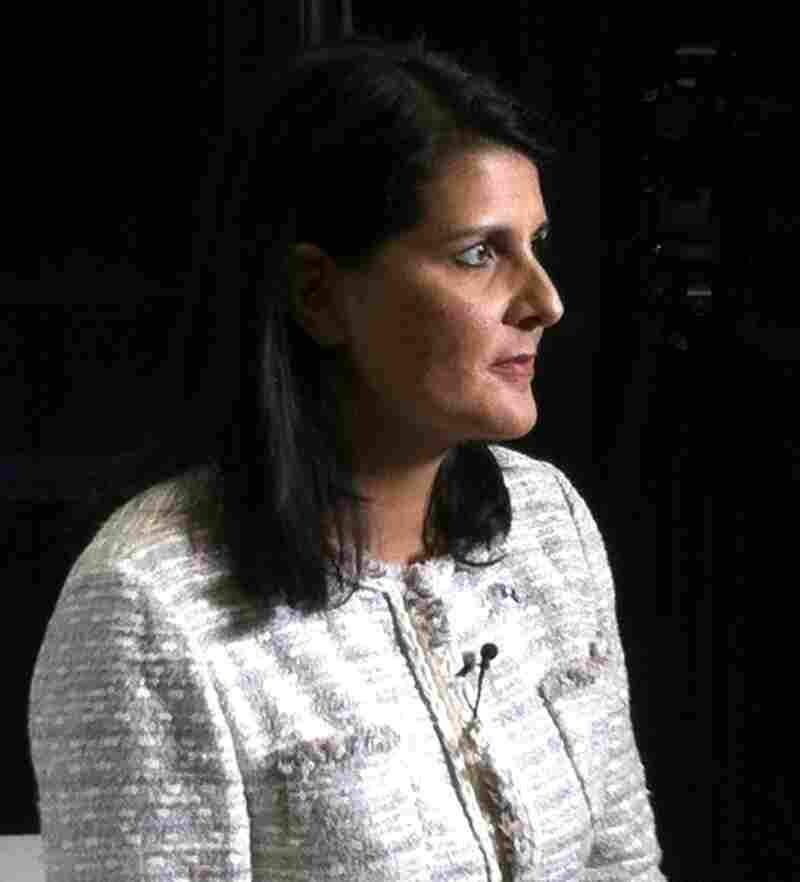 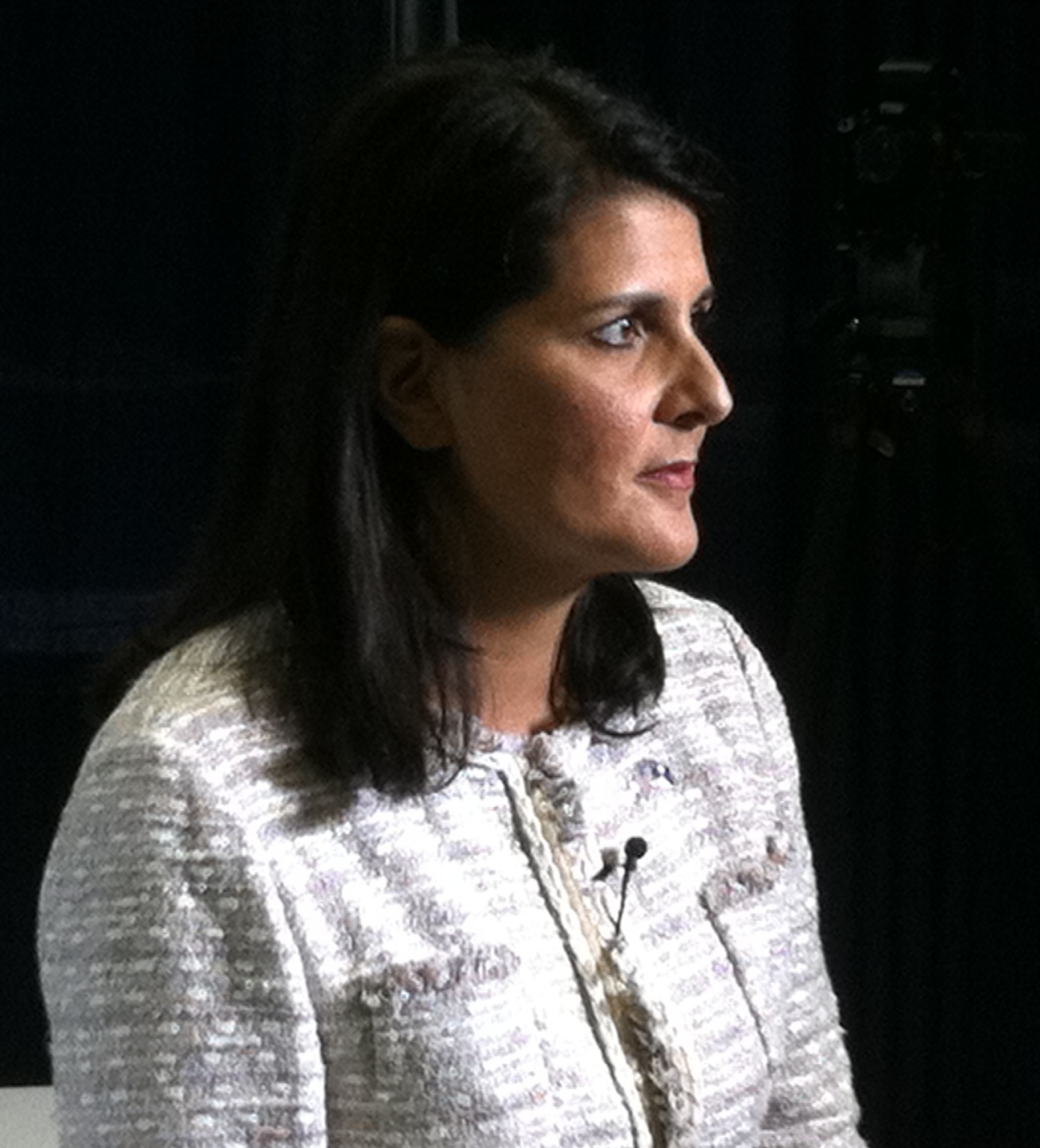 South Carolina Gov. Nikki Haley (R) after her sit-down with USA Today and Gannett editors in Tampa this morning.

Haley, an Indian-American and first-term governor, told USA Today and Gannett editors that for too long, many minorities "were Democrats because that's where they thought they were supposed to be." But she argued that on the issues that matter most to all Americans — jobs, the economy, debt reduction and national
defense, for example — it's the GOP that has ideas better suited for everyone.

The governor, who has a prime time speaking slot here tonight at the Republican National Convention in Tampa, also said that her party's presidential candidate — former Massachusetts Gov. Mitt Romney — doesn't need to do more to boost his "likeability" among voters.

"Do I think Gov. Romney needs to be more likeable?" she asked. "No."

Romney will win, Haley said, by running on his record as a businessman, governor and head of the 2002 Salt Lake City Olympics.