Accessibility links
GOP Convention Switches On Web Appeal For Isaac Relief : It's All Politics The storm continues to pound much of the Gulf Coast, and convention organizers continue to try to show they can combine politicking, partying and showing concern. 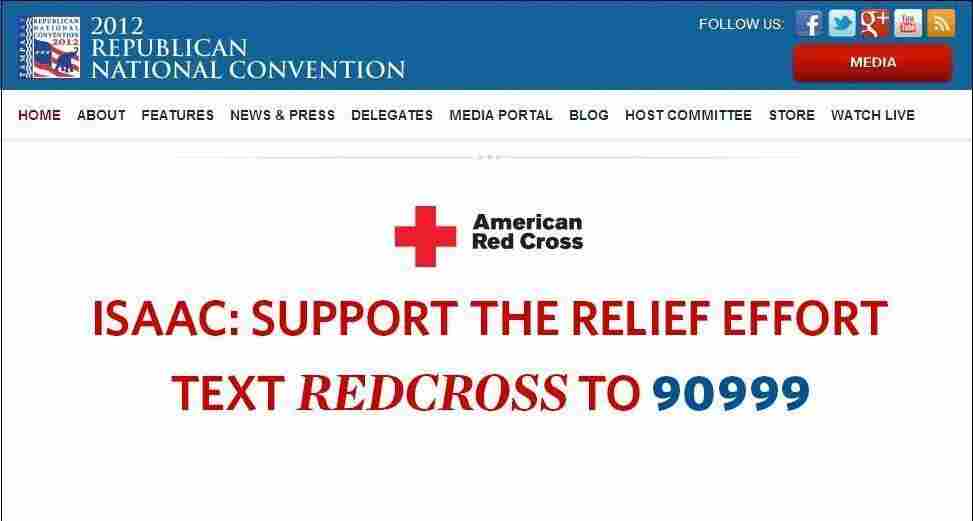 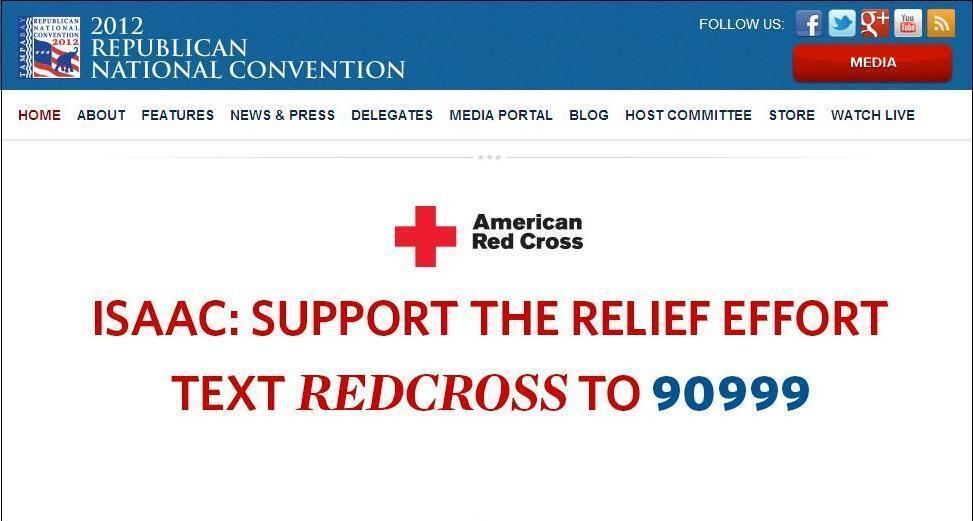 The website of the 2012 Republican National Convention this afternoon.

As Isaac continues to pound the Gulf Coast from Louisiana east through Mississippi, Republicans gathered in Tampa for their 2012 national convention continue to strike a balance between going on with their politicking and partying while trying not to look indifferent to the suffering of others.

Alan Greenblatt posted for us earlier this week about how it's important not to appear to be fiddling while Rome burns or floods.

The GOP, recognizing that, canceled Monday's scheduled events. Then, as NPR's Don Gonyea reports today on All Things Considered, on the stage Tuesday night Isaac wasn't mentioned much. But, the storm and those in its path prompted Ann Romney to urge delegates and those watching on TV to "take this moment and recognize that fellow Americans are in [Isaac's path] and just hope and pray that all are remain safe, and no life is lost, and no property is lost." Given that her appearance was one of the most anticipated and highly watched of the night's events, it was a high-profile appeal.

Then this afternoon, convention organizers did something that's become standard practice in the Internet age when disasters strike: They turned much of the front of their website into an ad for the Red Cross. "Support the Relief Effort. Text REDCROSS to 90999" it reads.

So far, at least, neither the websites of the 2012 Democratic convention (next week in Charlotte), GOP presidential candidate Mitt Romney nor President Obama have made the same switch.

Click here to find an NPR station that broadcasts or streams All Things Considered. Later, we'll add the audio of Don's piece to the top of this post.